Jessica Biel’s enormous eyeglasses and short, tight perm tell us that we’re at the end of the 1970s – but where and why? Her deranged soliloquy about a tree being cut down to make a cross for Jesus offers no real clue.

As it happens, we’re in Wylie, Texas – and there’s no reason to be in that neck of the woods except for the truly shocking killing of housewife Betty Gore, who was struck no fewer than 41 times with a wood-splitting axe. 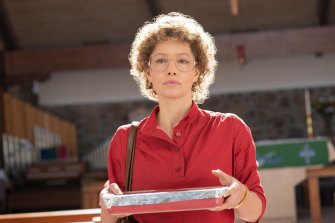 Jessica Biel as Candy, with her enormous eyeglasses and short, tight perm.Credit:Tina Rowden/Hulu

It was a hell of a crime. And as retold by series creators Nick Antosca and Robin Veith, the story makes one hell of a five-part limited series.

Veith, Emmy nominated three years running for her writing on Mad Men, and Antosca, who brought us the even more shocking and tragic true story of Gypsy Rose Blanchard in The Act (Foxtel, Binge), quickly establish a milieu of howling suburban desperation.

Biel is Candy Montgomery, a housewife deeply unsatisfied in her lifeless marriage to husband Pat (Timothy Simons, who played the gangling Jonah in Veep). Melanie Lynskey is Candy’s neighbourhood friend Betty, who lives in a different kind of misery with her husband, Allan (Pablo Schreiber). Where Candy rattles with an energised dissatisfaction, Betty moves in a treacle of sadness and resentment, having lost her job as a teacher and seeking validation in fostering a troubled young boy to raise alongside her young daughter. 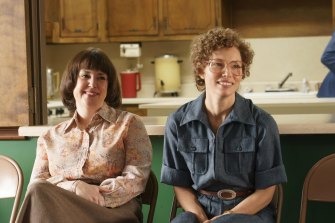 Melanie Lynskey as Betty and Jessica Biel as Candy in the true-crime drama.Credit:Tina Rowden/Hulu

The fateful factor is the fact that both Candy and Allan play in a mixed volleyball league, a casual competition that episode director and Mad Men alum Jennifer Getzinger renders through Candy’s eyes as an intolerably lust-inducing pressure cooker where it’s only the tight tank tops and flimsy shorts keeping the players from collapsing into a swingers’ free-for-all beneath the net.

It’s on the court that Candy decides she must have an affair with Betty’s husband. The die is cast.

Biel and Lynskey are both utterly compelling, and the faithful period detail of the production and wardrobe design give things a slightly elevated and unsettling feel. It comes as little surprise to learn that director Michael Uppendahl, who sets the tone in the first and last episodes, has done some American Horror Story and Fargo (as well as Mad Men).

With Raul Esparza as an outsized attorney, and Justin Timberlake as one of the sheriff’s deputies on the case, it all adds up to some riveting real-life horror.

There’s nothing like a dark, memoir-based British comedy for exposing the sandy foundations of our professions and institutions. Whether it be Daniel Radcliffe doing Russian medicine circa 1917 in A Young Doctor’s Notebook (Stan) or Ben Whishaw doing the modern NHS in This Is Going to Hurt (Foxtel, Binge), it’s a proper laugh and a bit of a worry.

So too this sharp and salty series based on British lawyer Alex McBride’s memoir of his sometimes excruciating experience as a trainee or “pupil” barrister. The central figure is put-upon dork Will (Will Sharpe), the pupil of cynical older barrister Caroline (the marvellous Katherine Parkinson), who torments him by calling him “Baby Boy” and herself “Mummy”. As Caroline defends and occasionally prosecutes colourful characters charged with various crimes, Will learns painful lessons about human nature, both in court and in his cutthroat competition with the three other pupils vying for the one job. The casting is perfect across the board as McBride and Cuckoo creator Kieron Quirke quickly establish a captivating little world of horsehair wigs and acerbic repartee. 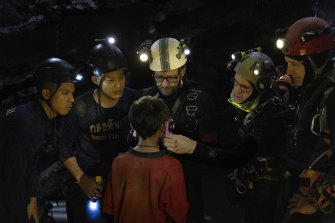 Ron Howard’s Gold Coast-shot movie about the extraordinary rescue of a teenage soccer team from a flooded cave system in Thailand in 2018 might initially seem redundant to viewers who’ve seen the gripping documentary series The Rescue (Disney+). But it doesn’t take long for the audacious, desperate brilliance of the operation to captivate all over again. Colin Farrell and Viggo Mortensen dial themselves down superbly as British divers John Volanthen and Rick Stanton, as does Joel Edgerton as Australian diver and anaesthetist Richard Harris. 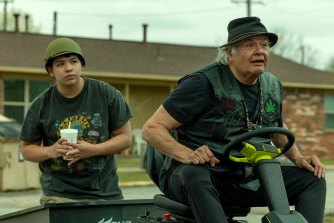 The poignant and fiercely funny Native American comedy created by Sterlin Harjo and Taika Waititi has returned at its unpredictable and ebullient best. Perhaps nowhere has the crowded coexistence of ancient and modern cultures been better illustrated than by old-timer Uncle Brownie (Gary Farmer) trying to improvise an authentic old-time ceremony but veering off into Tom Petty’s Free Fallin’. The kids are on their own journeys, with Elora and Jackie (Devery Jacobs and Elva Guerra) on the road and the others staying on the reservation.

I Love That for You
Paramount+ 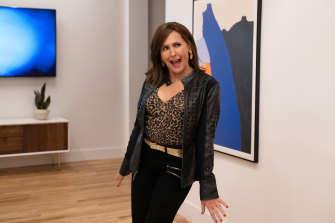 Molly Shannon plays a home-shopping star in I Love That for You.Credit:Tony Rivetti Jr/Showtime

In real life Vanessa Bayer survived childhood leukemia. In her wickedly funny comedy series she plays an aspiring TV shopping channel host who lies that her childhood cancer has returned so she can keep her job. She’s an absolute treat too as her character suffers a little less conflict than even she might have hoped in embracing her own awful lie. Saturday Night Live veteran Bayer more than holds her own opposite the particularly wonderful Molly Shannon and Jenifer Lewis. A dark treat. 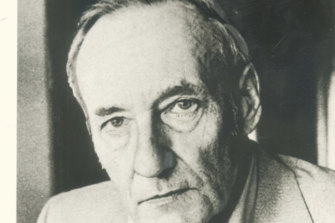 William S. Burroughs remained in many ways a closed and enigmatic figure long after his stunningly original writing expanded the scope of literature and cultural conversation by placing gritty realities of homosexuality and drug addiction in the spotlight for the first time. This poignant biography has friends, lovers and biographers piece together a portrait of a man who was famously a mentor and inspiration to Jack Kerouac, Allen Ginsberg and countless others down the decades, but was far more vulnerable and wounded than many will have suspected.

* Stan is owned by Nine, the owner of this masthead.