Jessica Chastain and husband step out with baby

Jessica Chastain is humored by all the fuss over her humerus.

The “Interstellar” star, 44, laughingly confessed that she “never, never” thought her arm would go viral after her “Scenes From a Marriage” co-star Oscar Isaac electrified the internet when he planted a kiss on her bicep on the red carpet at the Venice Film Festival.

“My left arm is a bit jealous of my right!” she joked about the arm peck that was seen around the world, even prompting her to tweet a photo of Gomez Adams lovingly kissing Morticia Adams’ arm.

It’s a busy time for the lauded actress who also has the much buzzed about film “The Eyes of Tammy Faye” that is tipped to score her an Oscar nomination.

“I just loved her,” Chastain says about the evangelist and television personality who died of cancer at age 65 in 2007.

“I spent seven years studying her, watching every interview I could find and the more I learned about her the more I just loved her,” she said on the red carpet of the film’s New York premiere. “She was so sweet and she never faltered in her message….it never faltered on who she was and what she stood for and she never judged anyone. She believed that everyone was deserving of God’s grace and that’s what I love the most.” 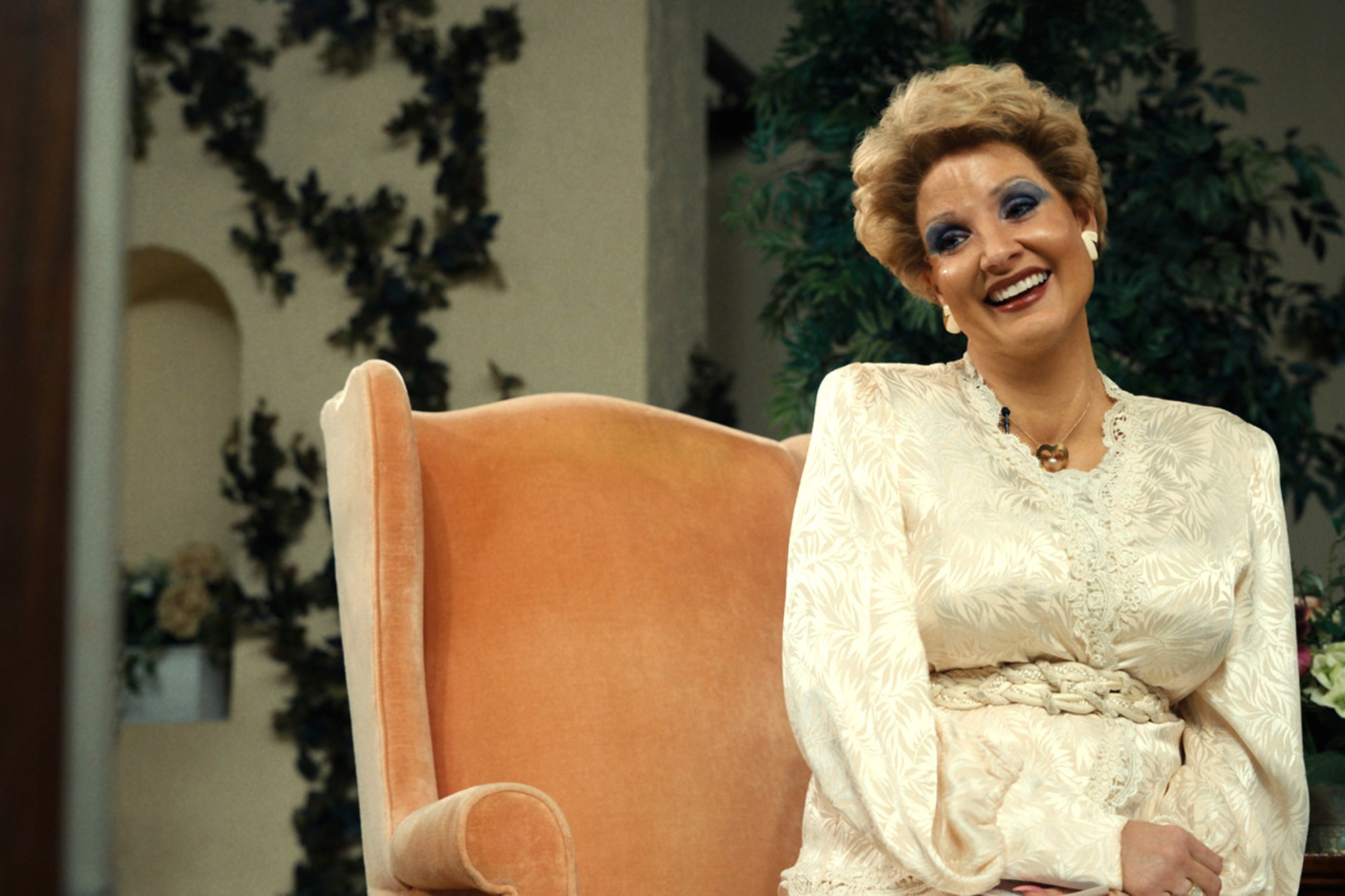 Surprisingly Chastain confessed that even though it took seven years to get the biopic made she never lost hope.

“I was really scared to play the part so towards the end when it was starting to become more real I was kind of like, ‘It’s ok if it goes away, it’s ok if we don’t make it right away,’” she explained with a laugh. “I was always thinking that would give me more time to work on it and prepare so I wasn’t impatient to play her because I really felt I needed as much time as I could. I knew it was a big undertaking.”

“The Eyes of Tammy Faye” opens in theaters on Sept. 17.