The series will first be introduced by Dr. Biden from the Grand Canyon. “America’s national parks are full of unrivaled natural beauty, geological wonders, cultural history and amazing wildlife,” Dr. Biden said as part of her introduction to the series. “Each national park connects people to a piece of the American story — who we are and where we came from. With at least one national park in every state, all Americans can enjoy them.”

Watch a clip of Dr. Biden’s introduction below.

CNN is set to premiere “No Ordinary Life” on Sept. 5 at 10 p.m. ET via CNN.com and CNN OTT for pay TV subscribers. The documentary focuses on five female photojournalists: Jane Evans, Maria Fleet, Margaret Moth, Mary Rogers and Cynde Strand. From Tiananmen Square to the Arab Spring, these photojournalists recall the stories they’ve covered throughout their careers as well as the risks they’ve endured on the field. “No Ordinary Life” is directed by journalist and documentary filmmaker Heather O’Neill. The film will have its world premiere at the 2021 Tribeca Festival and will later be screened at Hamptons Doc Fest. “No Ordinary Life” will also be available On Demand beginning Tuesday, Sept. 6. The documentary is produced by Array Films, with producer Rich Brooks.

Great Wolf Entertainment will debut its first animated film “The Great Wold Pack: A Call to Adventure” on Sept. 3 at all 19 Great Wolf Lodge resort locations. Directed by Chris Bailey, the film follows five unlikely woodland friends — Wiley Wolf, Violet Wolf, Oliver Raccoon, Sammy Squirrel and Brinley Bear — who form a pack and go on adventures together to help those in need. The film is executive produced by Julia Pistor and Kent Redeker. “The Great Wolf Pack: A Call to Adventure” will also be available for a limited time on Great Wolf Entertainment’s new YouTube page beginning Sept. 5. Check out the official trailer below.

Peacock unveiled a series of first look images for the upcoming true-crime limited drama series “A Friend of the Family.” Starring Anna Paquin, Jake Lacy, Colin Hanks, Lio Tipton, Mckenna Grace and Hendrix Yancey, the series is inspired by the true story of the Broberg family, whose daughter Jan was kidnapped multiple times over a few years by a family “friend.” Nick Antosca (“Candy”) serves as showrunner, executive producer and writer on the series. Jan and Mary Ann Broberg also serve as producers. “A Friend of the Family” premieres on Peacock October 6 with three episodes and new episodes streaming weekly. 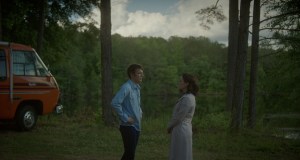 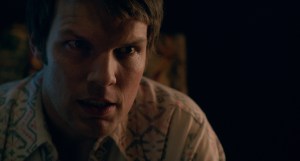 Rhiannon Ally has been named co-anchor of “World News Now” and “America This Morning,” ABC News announced Tuesday. In this new role, Ally will work alongside the overnight team at ABC News. Ally, an accomplished journalist who first joined the ABC News team in December 2021, has previously covered high-profile stories such including the trial of Ghislaine Maxwell and the war in Ukraine. Before joining ABC, Ally co-anchored news programs at KSHB-TV in Kansas City, Missouri and WFOR-TV in Miami, Florida. She is also the author of the children’s book “Mommy, Please Don’t Go to Work!”

The Hollywood Critics Association has announced the hosts, presenters and additional honoree for the 2022 HCA TV Awards, set to take place on Aug. 13-14 at the Beverly Hilton. “The Daily Show with Trevor Noah” correspondent Dulcé Sloan will serve as host on Saturday, Aug. 13, for broadcast and cable categories, while comedian Tig Notaro will host on Aug. 14 for streaming categories. “This is Us” star Mandy Moore will be honored with this year’s Virtuoso Award on Aug. 13. Additionally, the HCA has partnered with Petco Love and Big Love Animal Rescue to turn the awards ceremony into a rescue animal adoption event, where guests will have the opportunity to adopt a rescue dog. The 2022 HCA TV Awards will be presented live as well as live-streamed on the HCA’s YouTube channel and via the HCA app. The two-night event is produced by DIGA Studios and Content.23 Media.

Leah Buono has been promoted to vice president of casting at Disney Branded Television, Brenda Kelly-Grant — senior vice president of casting and talent relations at the company — announced on Tuesday. Buono now oversees live action pilots, series, original movies and unscripted titles under the Disney Branded Television banner for Disney+ and Disney Channel. Currently, she is managing the casting process on projects such as “Percy Jackson and the Olympians,” “American Born Chinese,” “National Treasure: Edge of History,” “The Santa Clauses” and “The Muppets Mayhem.” Buono joined Disney as director of casting at Disney Channels Worldwide in 2009 and was promoted to executive director in 2012. She will report directly to Kelly-Grant.

NBCUniversal Telemundo Enterprises has announced it is rolling out a multi-city national campaign named “El Campeón En Ti” (“The Champion In You”). According to NBCUniversal’s press release, the initiative is intended to “build on its longstanding commitment to inspire Hispanic youth to discover — through soccer — the champions within themselves.” Cities such as New York City, Boston, Philadelphia, Orlando, Los Angeles, Miami, Phoenix and others with large Hispanic communities will take part in an array of events in the months leading up to the 2022 FIFA World Cup. The initiative from Telemundo partners with the U.S. Soccer Foundation, independent Hispanic Soccer Leagues, community leaders, local businesses and elected officials.