‘I was sick all over the boss’: Job seekers reveal their most hair-raising interview blunders – so, would YOU hire them?

Most people try to prepare for every possible question before a job interview in order to make a good first impression, but not all situations can be predicted.

One had to leave the interview with a dry cleaning bill instead of a job offer after accidentally vomiting on their potential employer.

Others recalled accidentally touching the interviewer inappropriately or falling over.

From arriving to find the interviewer is your ex to turnin gup with someone else’s CV, it’s safe to say that most of these jobseekers are probably still looking. 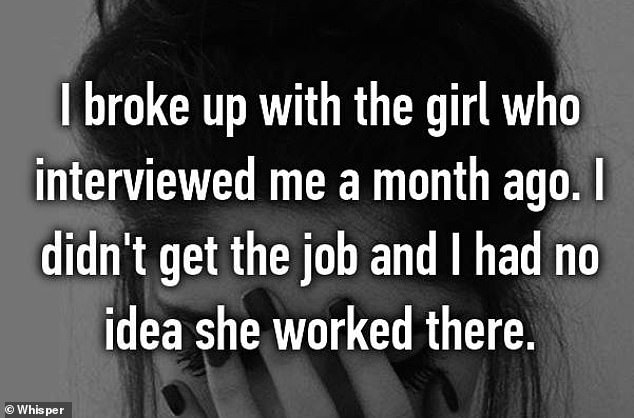 People from around the world contributed stories of their worst job interviews to an anonymous thread of confessions on Whisper. One man told of arriving at his interview to find that it was with his ex 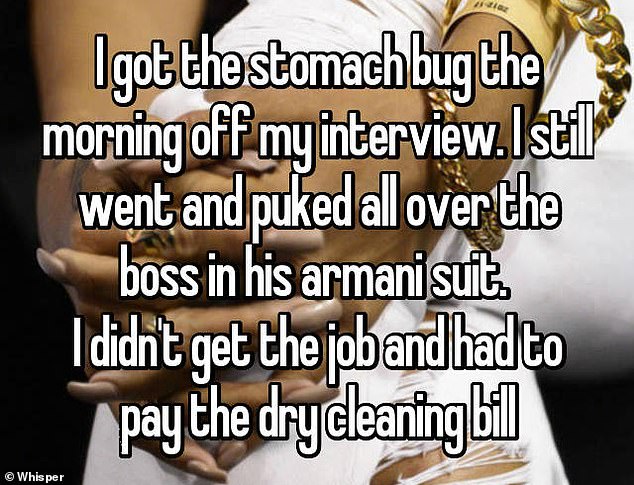 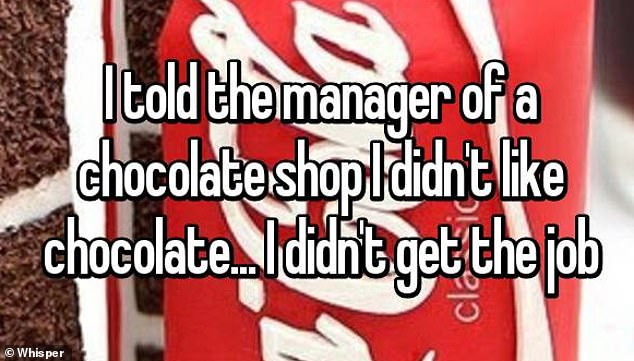 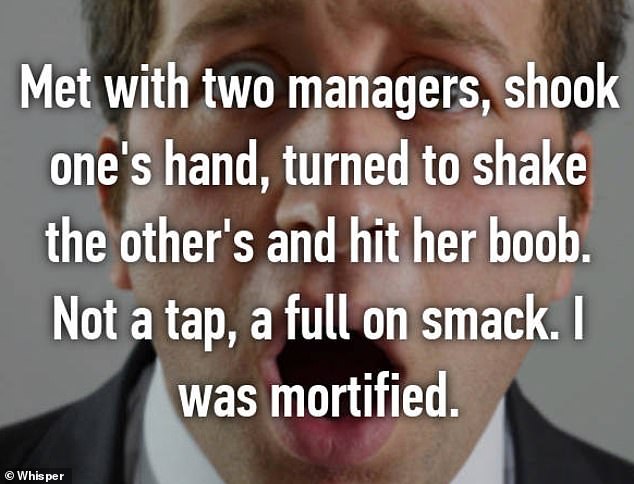 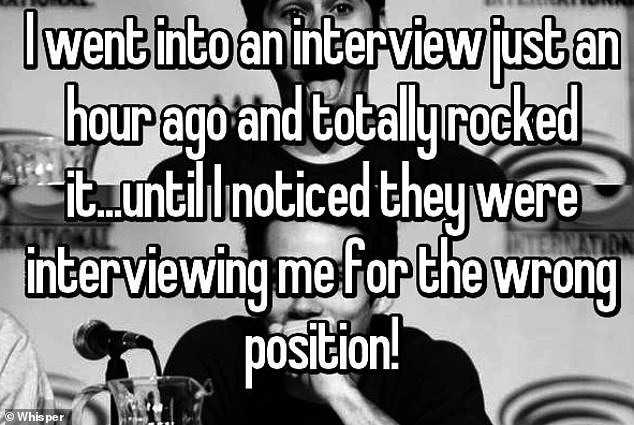 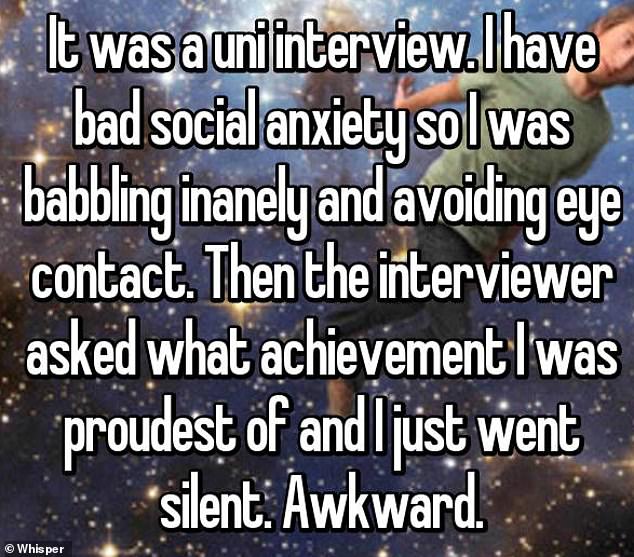 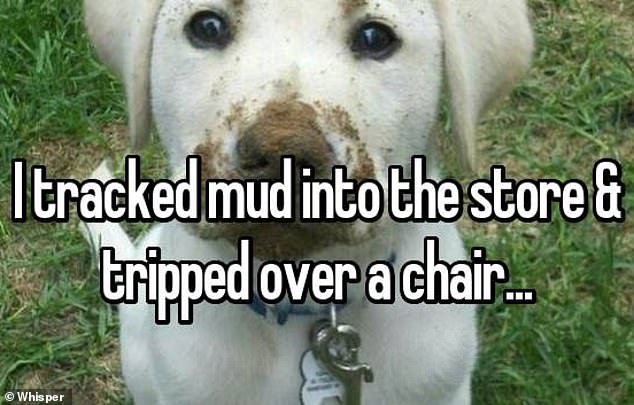 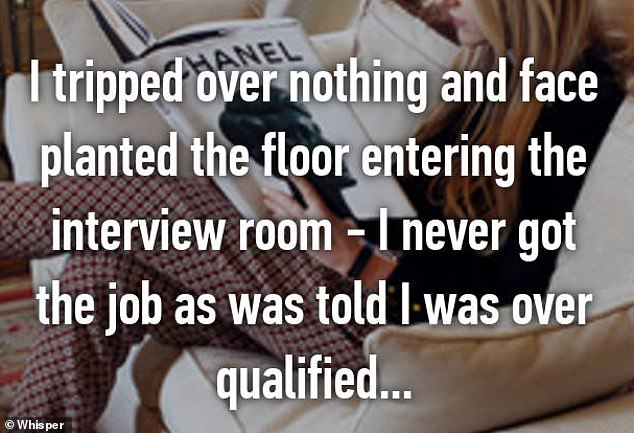 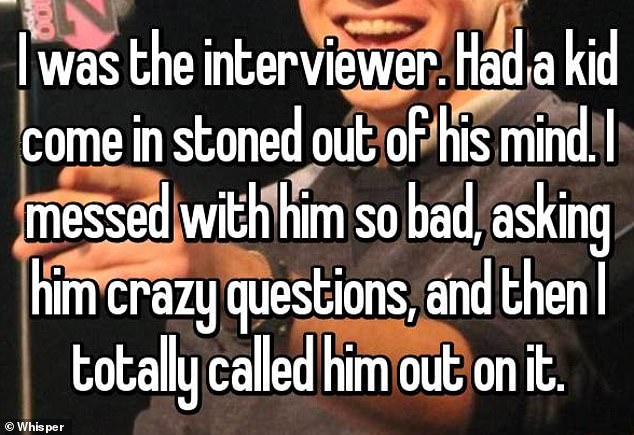 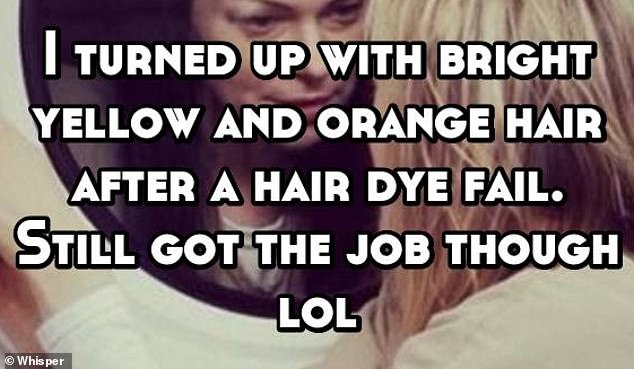 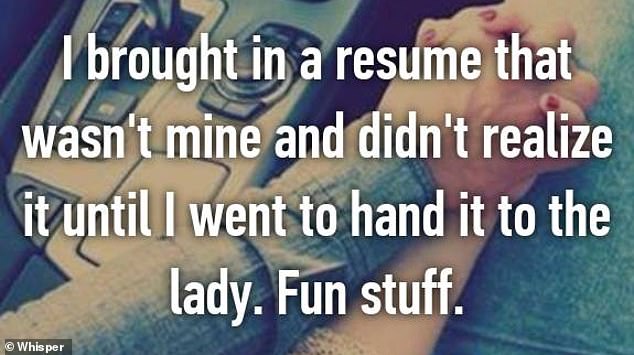 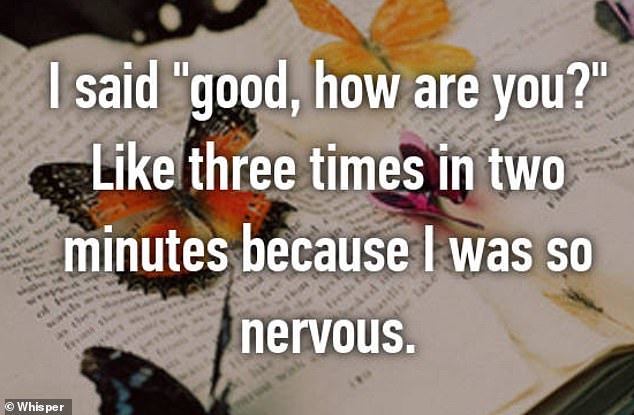