JOHN Lewis' highly anticipated Christmas advert for this year has been released, but not all fans are as delighted as they'd hoped.

This year the retail giant has even been accused of "ripping off" 80s cult classic movie ET. 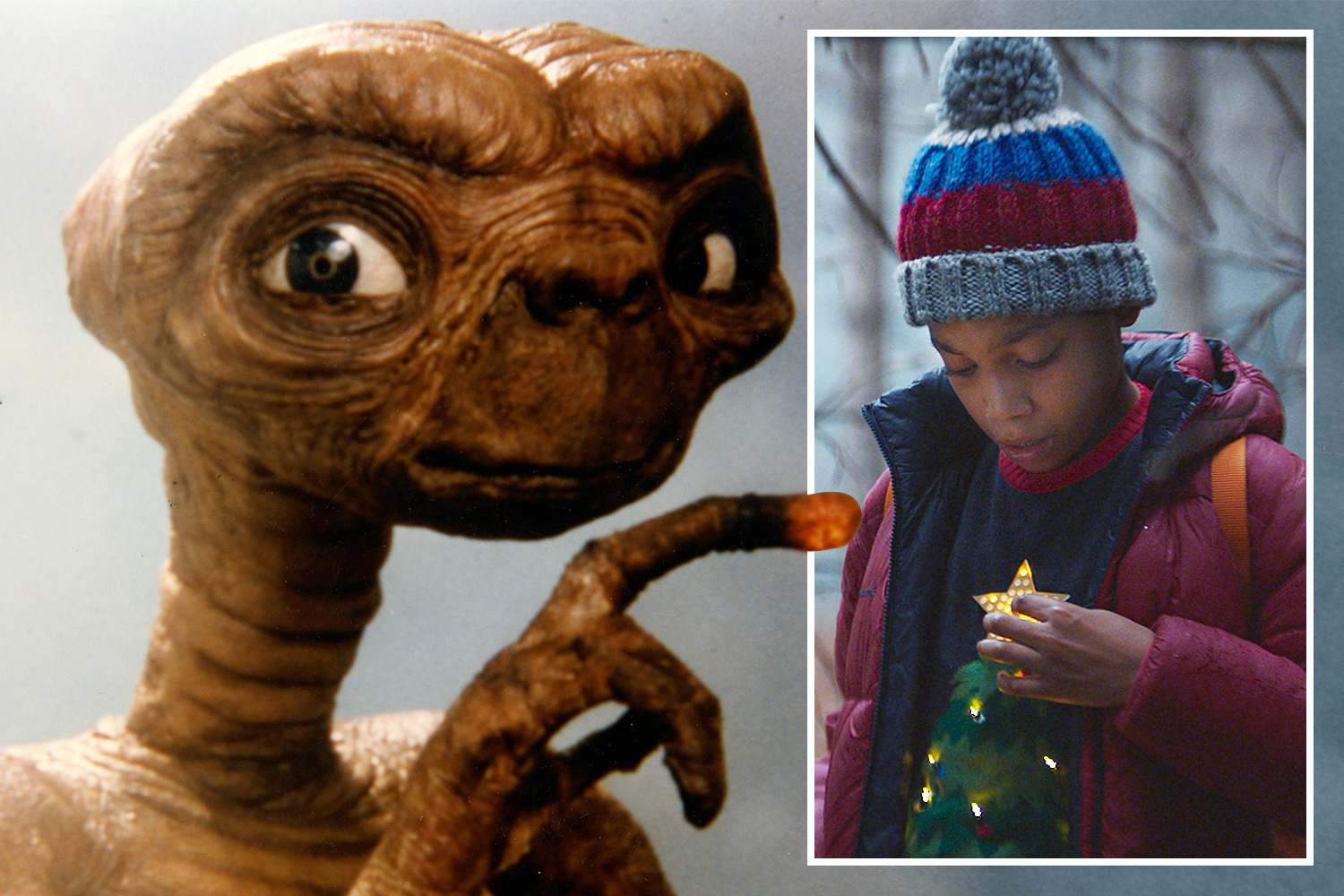 The launch of the major ad campaign marks the start of the countdown to Christmas for many, but some have been feeling a little frosty toward the festive film that was released today.

The posh store set out to remind viewers of the magic of experiencing Christmas for the first time, so in the short film Nathan shows Skye a series of festive family traditions.

But much like many of John Lewis' Christmas ads past, the advert has a bittersweet ending, as Skye has fixed her ship and must return home.

Though while many will be tearing up at the short film, it's this part that a lot of fans are taking major issue with, saying it's too close to the plot line of ET.

Some have even noticed similarities in moments where the John Lewis characters "point" much like the famous motif spotted in the original movie.

"I’m getting ET vibes here, they could have been a bit more original with the story line and look at the carbon footprint from that spaceship" one joked managing to get a jab in at the current global environmental efforts underway too.

John Lewis says it wanted to spread joy, as many couldn't celebrate Christmas in the way they wanted, and not everyone is put off by the advert but instead delighted and inspired.

One tweeted: "Well, Grinches, I LIKE the John Lewis Christmas ad. It's a bit of an ET knock off but it made me a touch misty-eyed."

While another said: "Love John Lewis ad BUT obvs ET rip off (even has finger point!) Always really loved Electric Dreams though."

WANT your very own John Lewis Christmas jumper? Luckily for you John Lewis is selling Nathan’s jumper from their iconic advert.

It's available in kids, mens and womens, and is priced from £14.

You can shop the whole advert here.

A final user declared: "I like the new John Lewis Xmas ad even if it is basically ET!"

But some were on the fence, like one Twitter user who said: "Very ET vibe. I like it. Not sure I love it (nothing tops their one years ago where the little boy was counting down the days to give his parents their pressie)."

It's not the only retailer to release its Christmas ad today either, sparking a battle between the shops of winning over their customers.

Each year, we even round up the best Christmas ads out there – and the competition is always tough.

Boots' Christmas advert came out today and is all about making it the best one ever.

The advert stars Jenna Coleman, playing Joy, who discovers an unexpected gift from her Nan.

Even in this advert, fans have likened the story to another movie classic.

They say it reminds them of Mary Poppins as in the short clip the bag gifted to Joy, actually turns into a seemingly bottomless bag just like in the Disney classic.

Otherwise, M&S fans were eager to see the new Percy Pig themed advert that came out this morning and features the voice of Spiderman star, Tom Holland.