A new graphic novel by late Representative John Lewis will be released this summer, publisher Abrams ComicArt announced. The book, “Run: Book One” is the sequel to another graphic novel series, “March” that covered the life story of the congressman and accomplished civil rights activist. 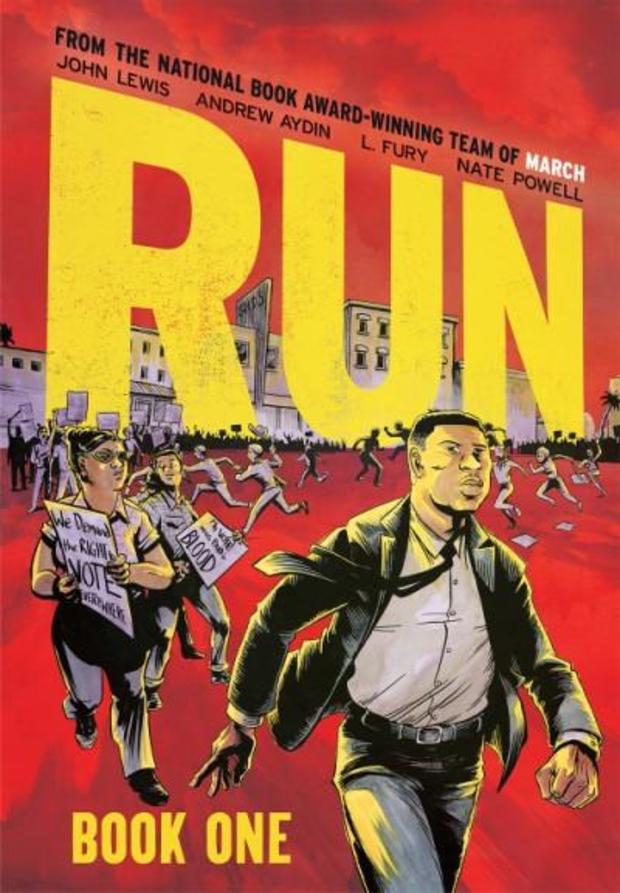 “Run: Book One,” illustrated by Nate Powell and L. Fury, continues Lewis’ story and the “struggles seen across the United States after the Selma voting rights campaign,” Abrams said.

“All too often, the depiction of history ends with a great victory,” Abrams said. “But John Lewis knew that victories are just the beginning.” The graphic novel covers an “often overlooked chapter of civil rights history.”

“In sharing my story, it is my hope that a new generation will be inspired by Run to actively participate in the democratic process and help build a more perfect Union here in America,” Lewis said in a statement about his book before his death in 2020 at 80 years old.

In December 2019, Lewis announced he had been diagnosed with stage 4 pancreatic cancer. At the time, Lewis said that he has been “in some kind of fight – for freedom, equality, basic human rights – for nearly my entire life. I have never faced a fight quite like the one I have now.”

The civil rights icon might not seem like a typical comic book hero, but “March: Book 3” became a #1 New York Times bestseller and was awarded the 2016 National Book Award for Young People’s Literature.

In 2015, Lewis attended Comic-Con International in San Diego in his own super hero uniform: The same trench coat he wore in 1965 during the march in Selma, Alabama, across the Edmund Pettus Bridge. Lewis also led children on a march through the San Diego Convention Center. 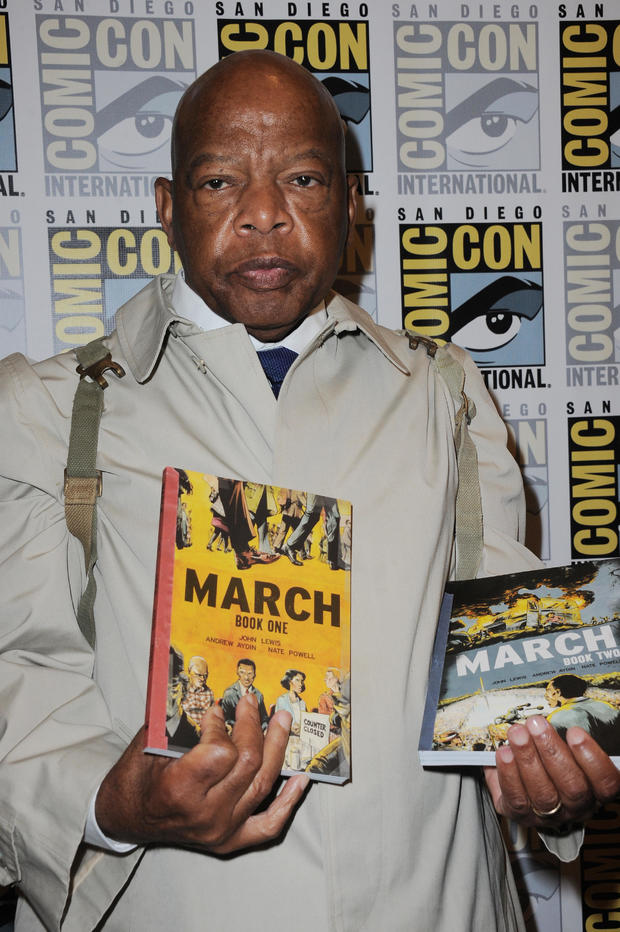 While Lewis saw his fight for civil rights turn to victory with the signing of the Voting Rights Act in 1965, voting rights in his home state of Georgia have been overhauled again.

Last week, Georgia’s Republican Governor Brian Kemp signed into law new legislation that puts restrictions on voting by mail and gives the legislature greater control over how elections are run, according to The Associated Press.

Voting rights advocates and Democratic lawmakers say the new law will disproportionately affect people of color. Several other of Republican-backed election bills have also been introduced in other states following the 2020 presidential election.

Lewis’ newest book will be released on August 3, 2021 — nearly 56 years after “Bloody Sunday,” the first day of the march from Selma that lead Congress to pass the Voting Rights Act.