The “Property Brothers” star can’t figure out how his twin brother Drew is such a big part of the rumors, either!

Ever since “Property Brothers” star Jonathan Scott and “New Girl” star Zooey Deschanel went public with their relationship, fans have been waiting for them to take that next big step.

And apparently some of them are even jumping the gun, spreading rumors that it’s already happened. The noise got so loud that Jonathan addressed it during an appearance on Sirius XM’s “The Covino & Rich Show” on Friday. 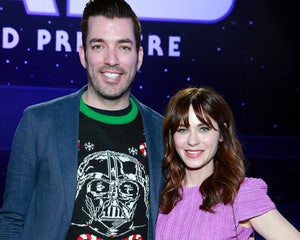 “I’m pretty confident that I will ask my girlfriend to marry me before I tell a reporter,” Jonathan told the co-hosts. And, he emphasized, it hasn’t happened yet.

But perhaps his favorite part about the ongoing rumor mill — which this denial will probably do very little to stifle — he still can’t figure out how his twin brother Drew is such a big part of their supposed engagement story.

“We were actually laughing because almost every story that comes out is ‘Drew Gives Permission for Jonathan to Wed Zooey’ or ‘Drew Gives His Nod to the Relationship,'” Jonathan laughed, sharing that they’d started referring to Drew as his “Brother-Daddy.”

“Does he have to approve everything that happens in my life?” Jonathan asked rhetorically. 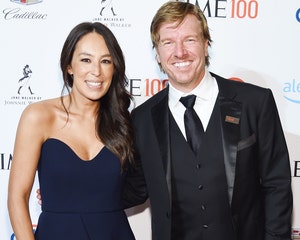 All of that said, fans needn’t rule the possibility of it happening out entirely. Jonathan and Zooey are still very much in love and together. Since going public with their relationship in September 2019, they’ve become social media official, red carpet official and now quarantine official.

And Jonathan definitely thinks he is quarantining with the “perfect person,” telling People, “Not only is Zooey an amazing cook, but she’s a musician, so our house is constantly filled with music.

The couple was recently seen smiling together on his Instagram, too, when he proudly shared that he’d just voted in his first American election. In other words, it may not be a question of if, but when. Let the speculation … continue!

Got a story or tip for us? Email TooFab editors at [email protected].