On March 28, Baldwin posted a series of photos on Instagram from her recent date night with her husband, Bieber, which she captioned with a simple, "my favorite kinda date night :)." Based on the snaps she shared, the couple clearly had a low-key night together, complete with the absolute perfect combo: Netflix and pizza. As for what they decided to watch, the Drop the Mic host also posted a clip from Friends, showing that their night wasn’t just full of relaxation, but it had plenty of laughs to boot. On the night of their hangout on March 27, Baldwin also posted about their 21st century-approved date night on her Instagram Story, writing, "date night done right," which really says it all.

It’s nice to see that Bieber and Baldwin had a fun date night together. Considering that both have been outspoken about dealing with stress recently, it’s just great that they’re able to put any of the drama behind them to have a relaxing night. 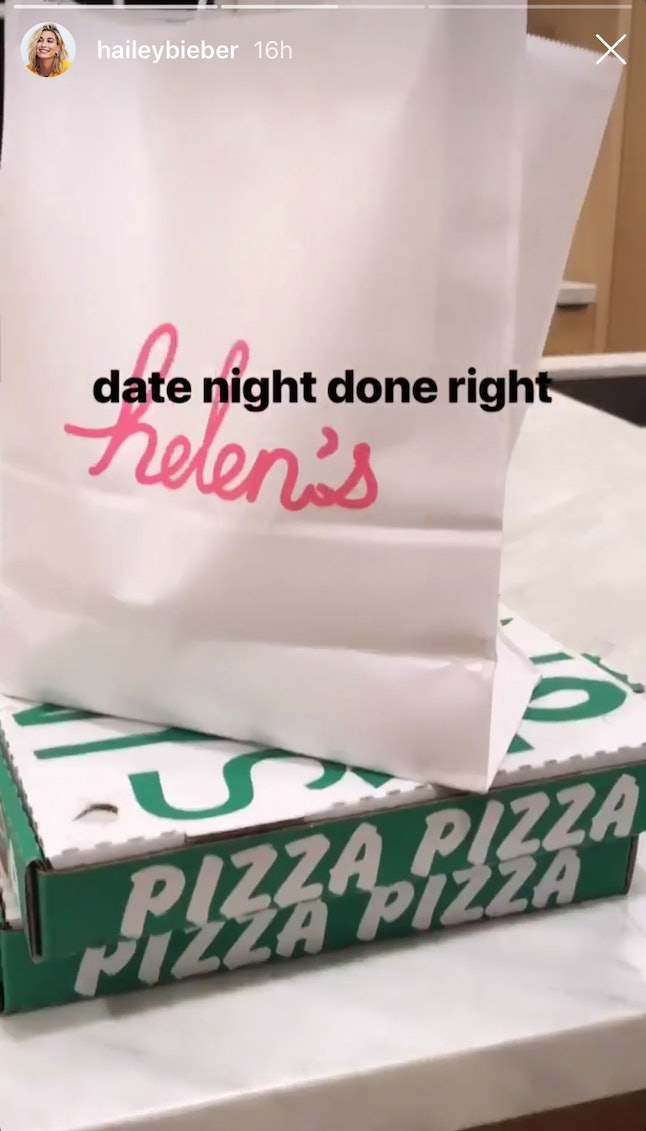 Most recently, Bieber took to Instagram to share a strong message to those who feel the need to send him and his wife hate online. When the "Sorry" singer posted a photo of Baldwin on March 25, one Instagram user, with the name of "@jaileyisajoke," commented with a negative message about the model (and a nod to Bieber’s ex-girlfriend, Selena Gomez):

Naturally, Bieber took issue with the user’s unnecessary and hate-filled comment. He responded to their comment with a rather diplomatic note, as he reacted to the mention of Gomez with nothing but positivity before defending his "bride" by writing, in part:

In a recent interview with Cosmopolitan from late March, in which she discussed her ROXY Sister collection alongside her bestie Kelia Moniz, Baldwin opened up about dealing with all the social media attention. Like her husband, her message touched upon the stress that comes along with the haters directing negative or intrusive messages her way. She said:

Given how much the married pair have had to deal with lately, they were definitely due for a fun-filled, relaxing night. And what better way to truly de-stress than by putting on a classic episode of Friends and chowing down on some pizza?