President Kanye West? Amid the rapper’s ongoing controversies, he is officially throwing his hat in the ring for the 2024 presidential election.

One of the Chicago native’s ads even mentioned his recent antisemitic controversy, sharing footage from his interview with Tucker Carlson and Dave Chappelle’s critical Saturday Night Live monologue. 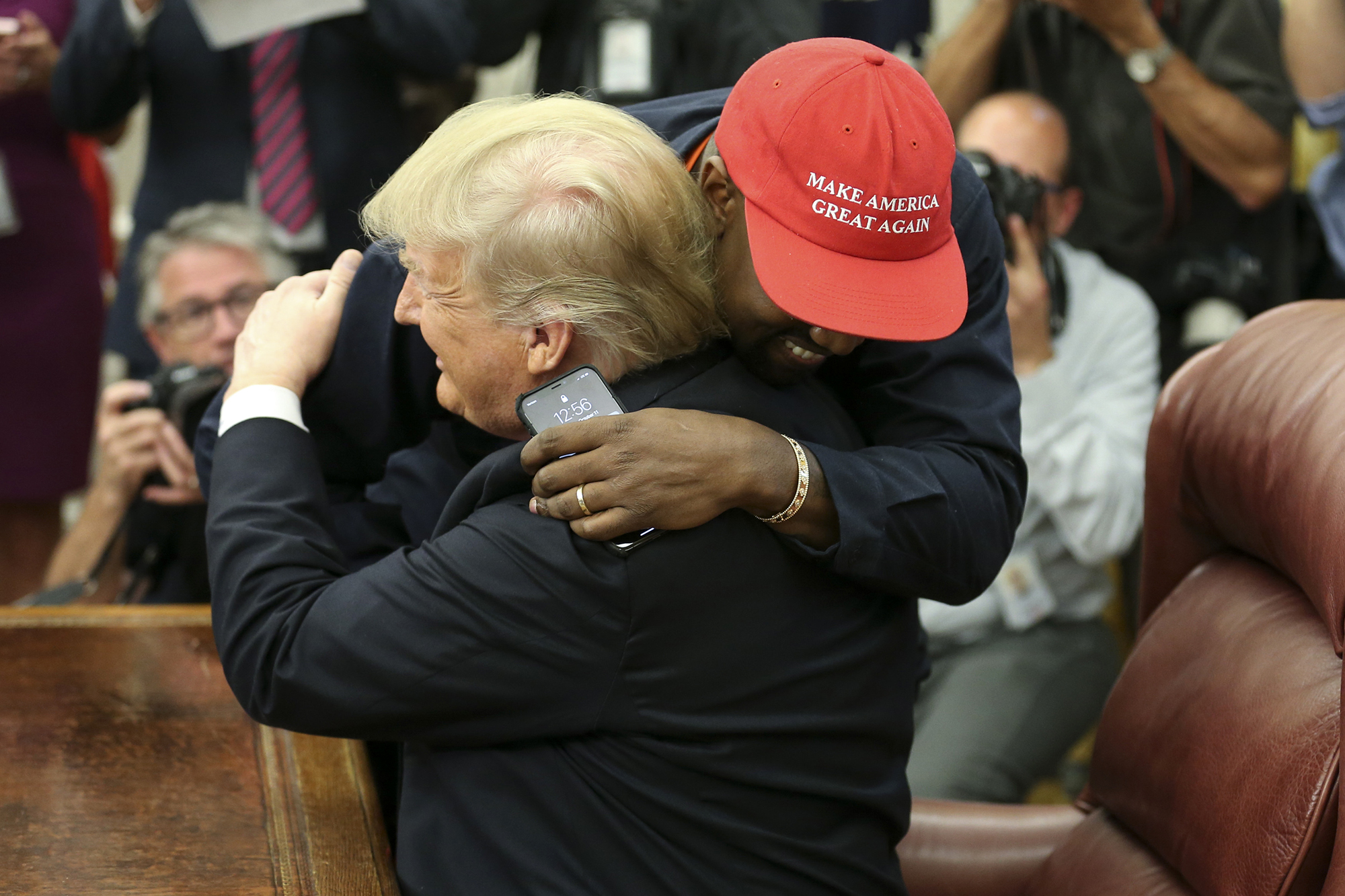 West — who previously ran for POTUS in 2020 against President Joe Biden and former President Donald Trump — has recently been the subject of controversy. The Yeezy designer first made headlines last month after he wore a “White Lives Matter” shirt to his Paris Fashion Week show. While the likes of Gigi Hadid, Hailey Bieber (née Baldwin), Diddy and Vogue’s Gabriella Karefa-Johnson have called out his sartorial choices, he’s continued to defend his actions.

Kanye West’s Anti-Semitism Scandal: Every Brand That Has Dropped Him

“I do certain things from a feeling, I just channel the energy,” West said during an October 6 episode of Tucker Carlson Tonight. “It just feels right. It’s a gut instinct, a connection with God and just brilliance.”

The Grammy Award winner continued to double down on his stance, claiming individuals of Jewish faith were falsely to blame for the social media attacks against him. Weeks later, West hurled several antisemitic messages on Instagram and Twitter, in which he alleged that he wanted to go “death con 3” on those who practice Judaism.

“I will say I’m sorry for the people that I hurt with the ‘death con’ [comments],” West eventually apologized during an October 19 appearance on Piers Morgan Uncensored. “I feel like I caused hurt and confusion. And I’m sorry for the families of the people that had nothing to do with the trauma that I had been through, and that I used my platform where you say hurt people hurt people. I was hurt.”

While West has continued to back his actions, he has lost multimillion-dollar brand deals. Adidas, Balenciaga, Gap, Vogue and CAA (Creative Arts Agency) have all cut ties with the rapper.

“It was something that God put in my heart back in 2015,” West said of his presidential intentions during an appearance on the “Joe Rogan Experience” podcast in October 2020. “A few days before the MTV Awards it hit me in the shower. When I first thought of it, I just started laughing to myself and all this joy came over my body, through my soul. I felt that energy. I felt that spirit.”

He added at the time: “If it’s in God’s plan that part of my path is to be the governor then that’s fine, but my calling is to be the leader of the free world.” 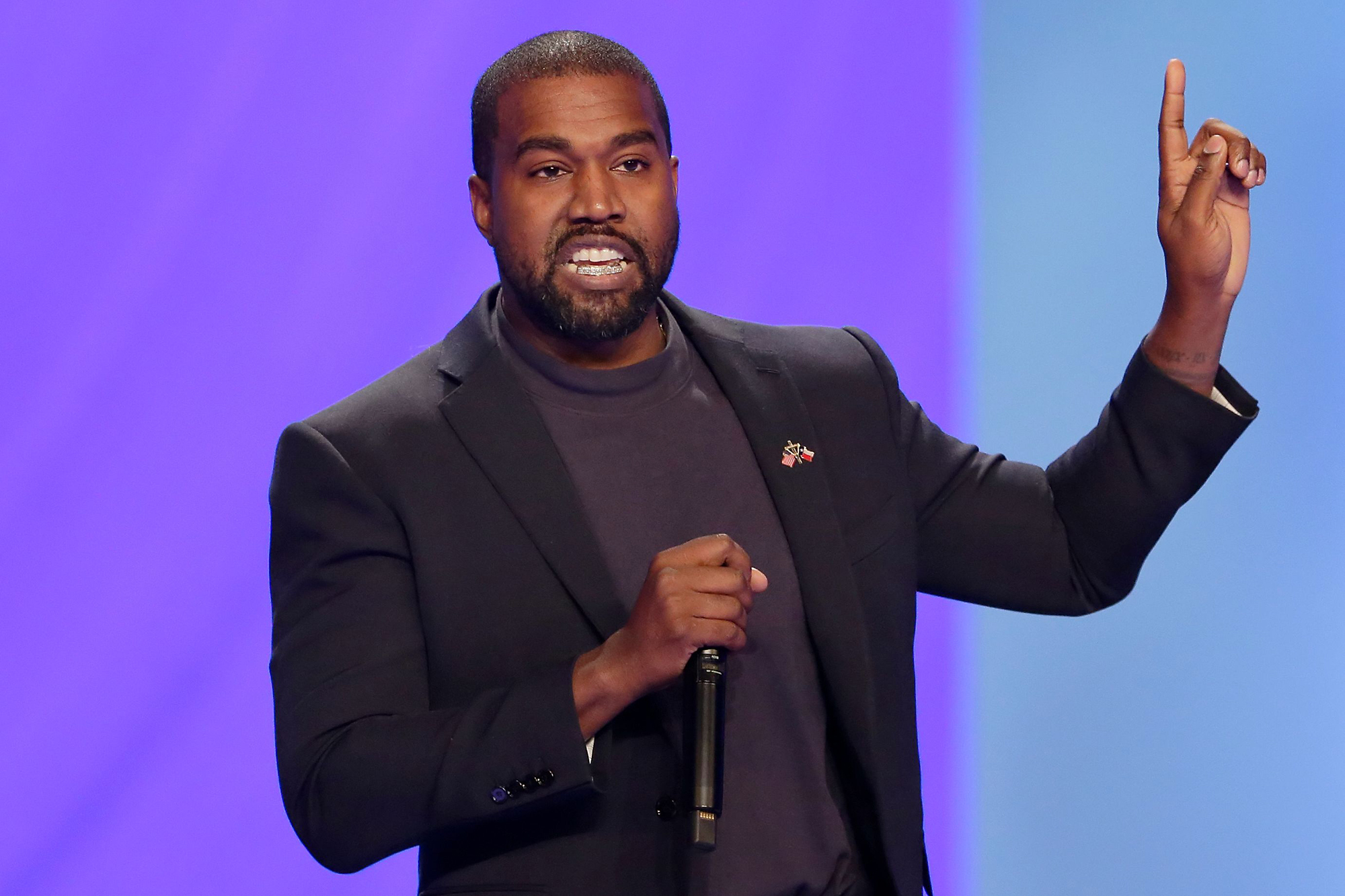 Despite West’s high hopes to win the general election, he only qualified to appear on the electoral ballots in 12 states. He garnered 60,000 votes and eventually conceded the morning after 2020’s election. Despite losing to Biden, 80, West has continued to hint at another run.

“When you run for ’24, I bet your spouse gon’ be with you / Who put this together? Me, that’s who,” the record producer rapped on his “Keep It Burnin” song, which dropped in April, seemingly hinting that he wants ex-wife Kim Kardashian’s support.