Who was that masked man?

Kanye West was spotted meeting again with former Trump fixer Michael Cohen for coffee on the Upper East Side on Tuesday — but this time, West was wearing the same strange prosthetic mask he’d been seen wearing at JFK Airport a day earlier.

The pair, as well as PR whiz Ronn Torossian and Israeli judo champ Or Sassoon, were spotted at Sant Ambroeus Coffee Bar at Loews Regency Hotel. 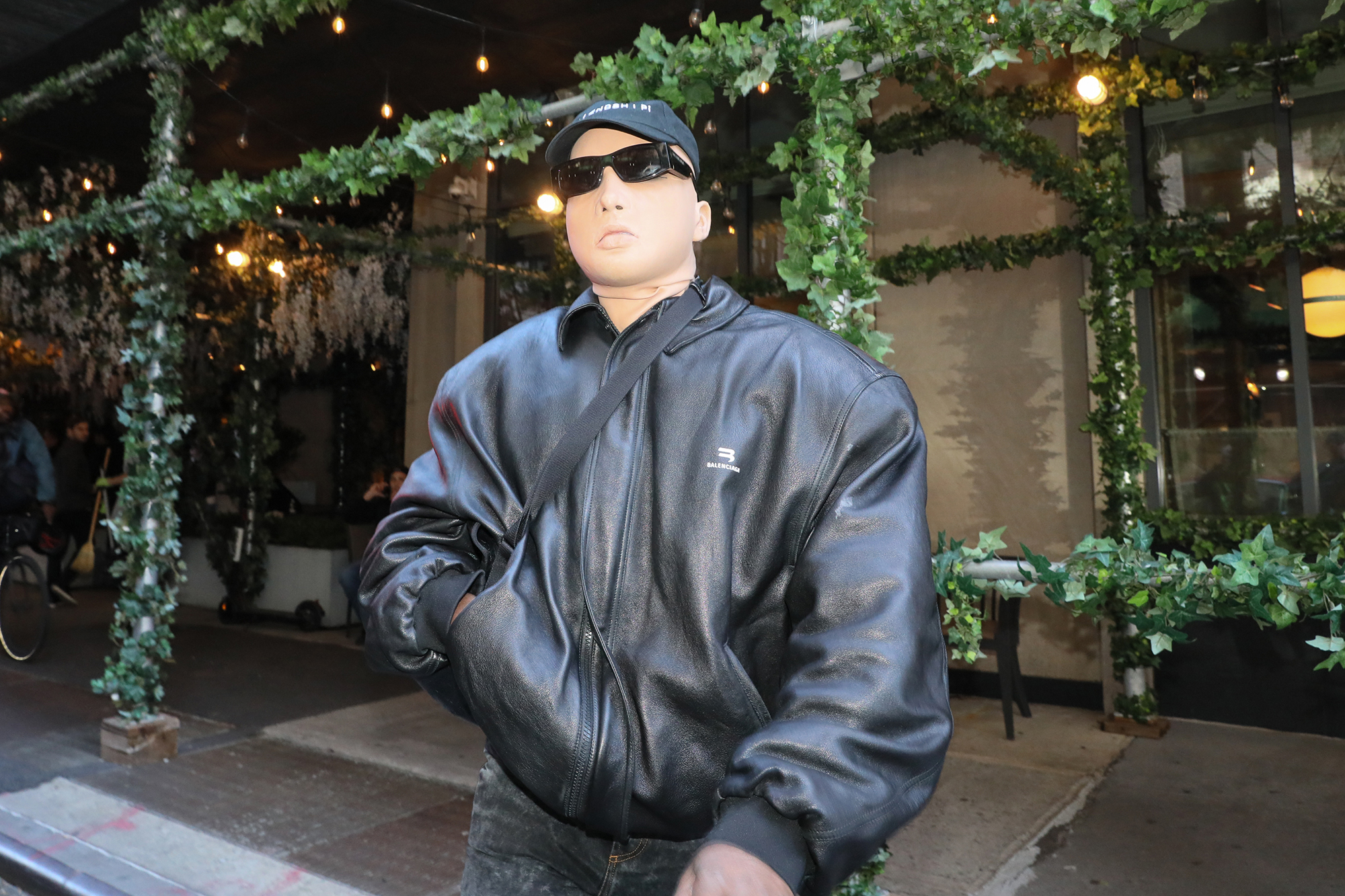 Sources also exclusively told us that mayoral candidate Eric Adams was also meant to meet with West and the crew, but that he was held up at a meeting in Midtown, and West had to head back to the airport.

When we reached out to Cohen for comment after he’d parted ways with West, he told us that the rapper donned the mask to try to get some privacy after he’d been mobbed by fans when they arrived at the coffee bar. 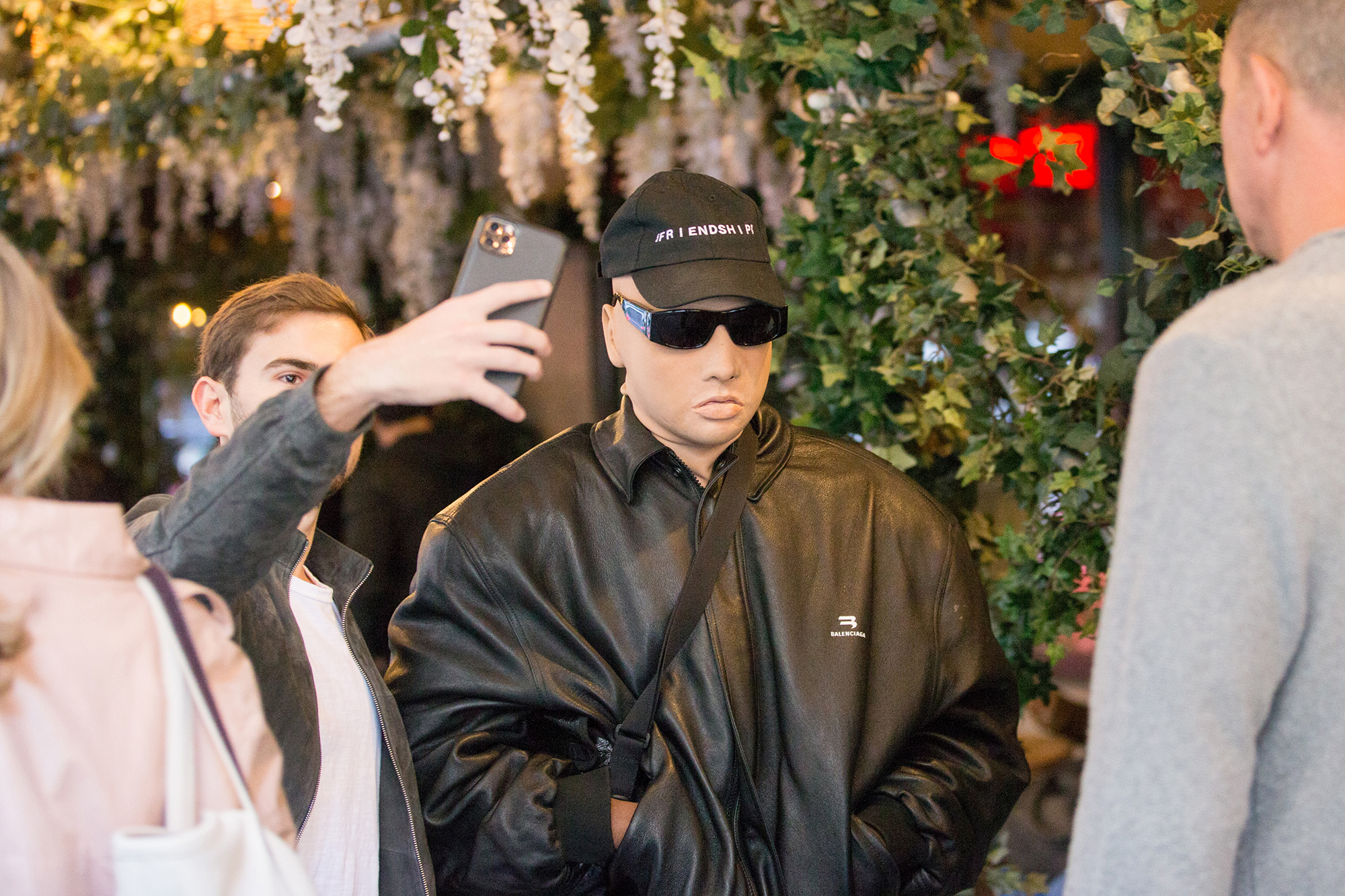 “We were just getting together,” Cohen — who met with West at the same location earlier this month — told us, without elaborating on what was discussed.

“The purpose [of the mask] was so that people would not recognize him … the first 10 minutes we sat down, he was mobbed by people … who wanted photos, and to say hello. So he put on this mask to give him some anonymity, which interestingly enough, did not really work.” 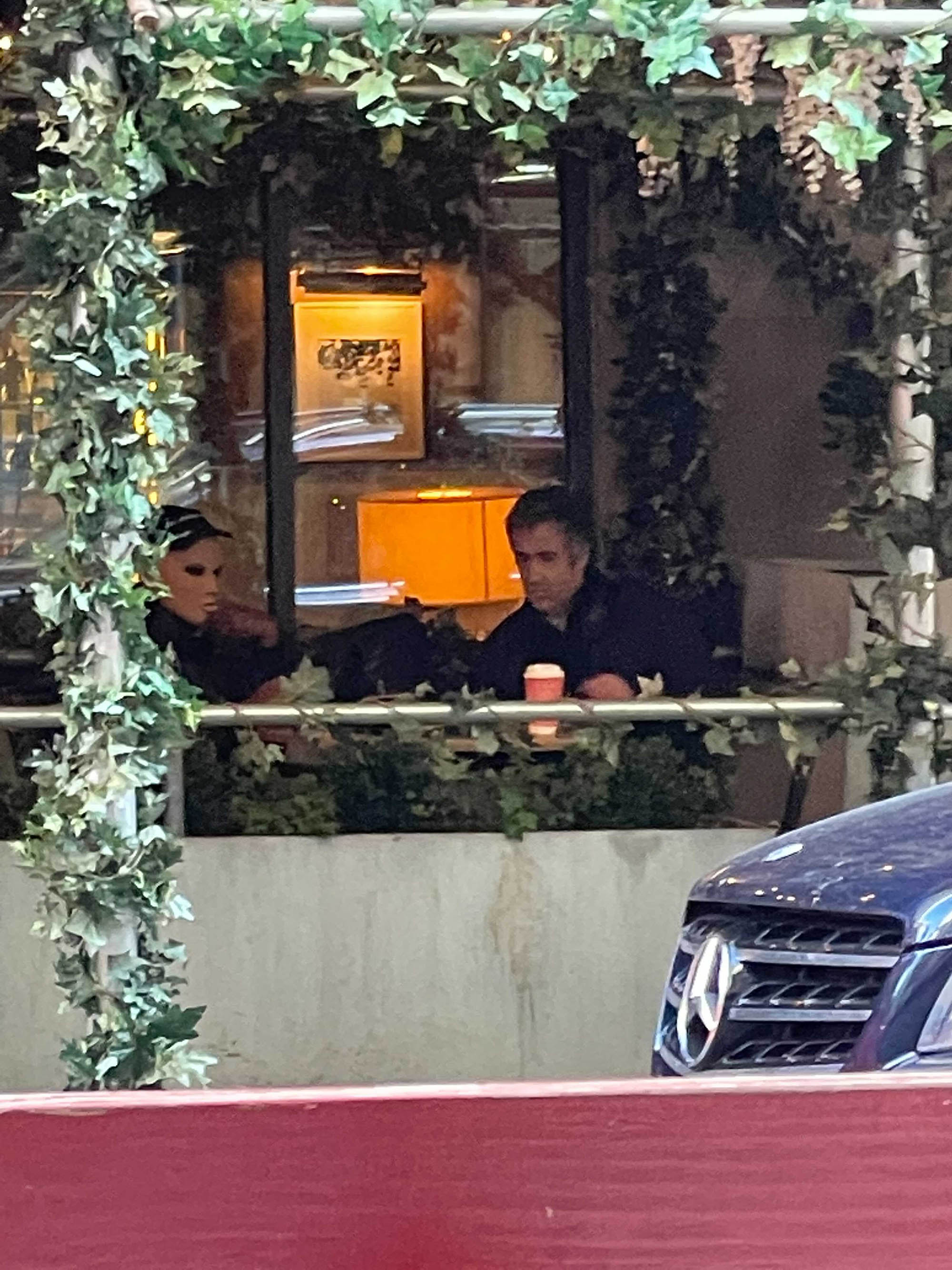 (When we suggested to Cohen that maybe he should try wearing a mask around town for more privacy, he fired back, “I’ve seen your face — maybe you need a mask!”)

“Kanye was very calm and relaxed with no security,” 5WPR CEO Torossian told Page Six. “He was wearing the mask most of the time and said he was wearing it so he could walk around freely.” 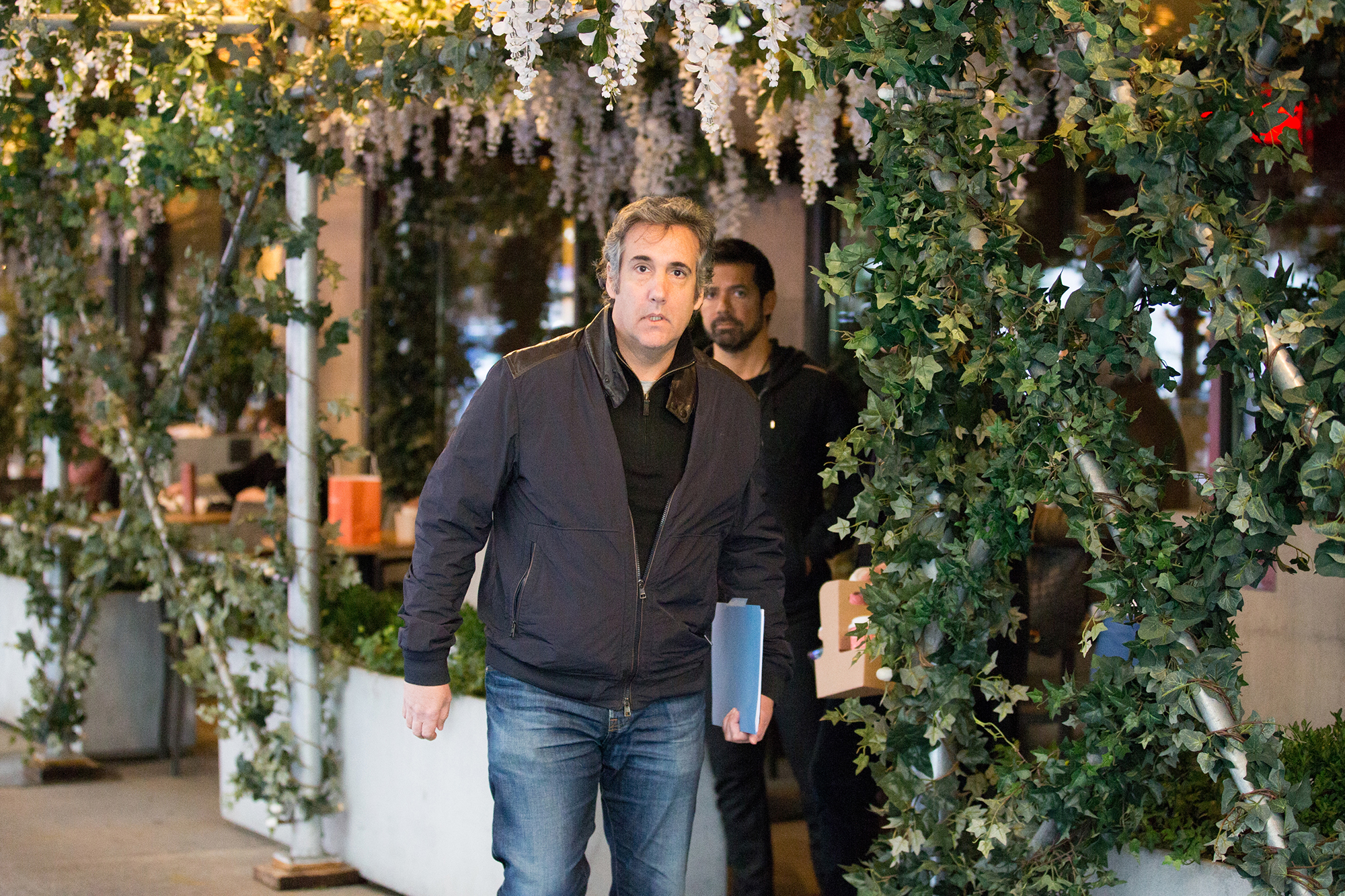 He added, “There was no security, he was just wandering the streets with the mask. He was a pleasant guy. He and Michael Cohen were talking about real estate.”

West had been spotted at JFK a day earlier in the same rubbery mask that appeared to be of a Caucasian woman. He wore the disguise as he hopped in a yellow cab. West’s mask also seemed to have some smoky eyeshadow around the eyes.

In images snapped at the fancy eatery, West looks at his phone while Cohen looks away into the distance. 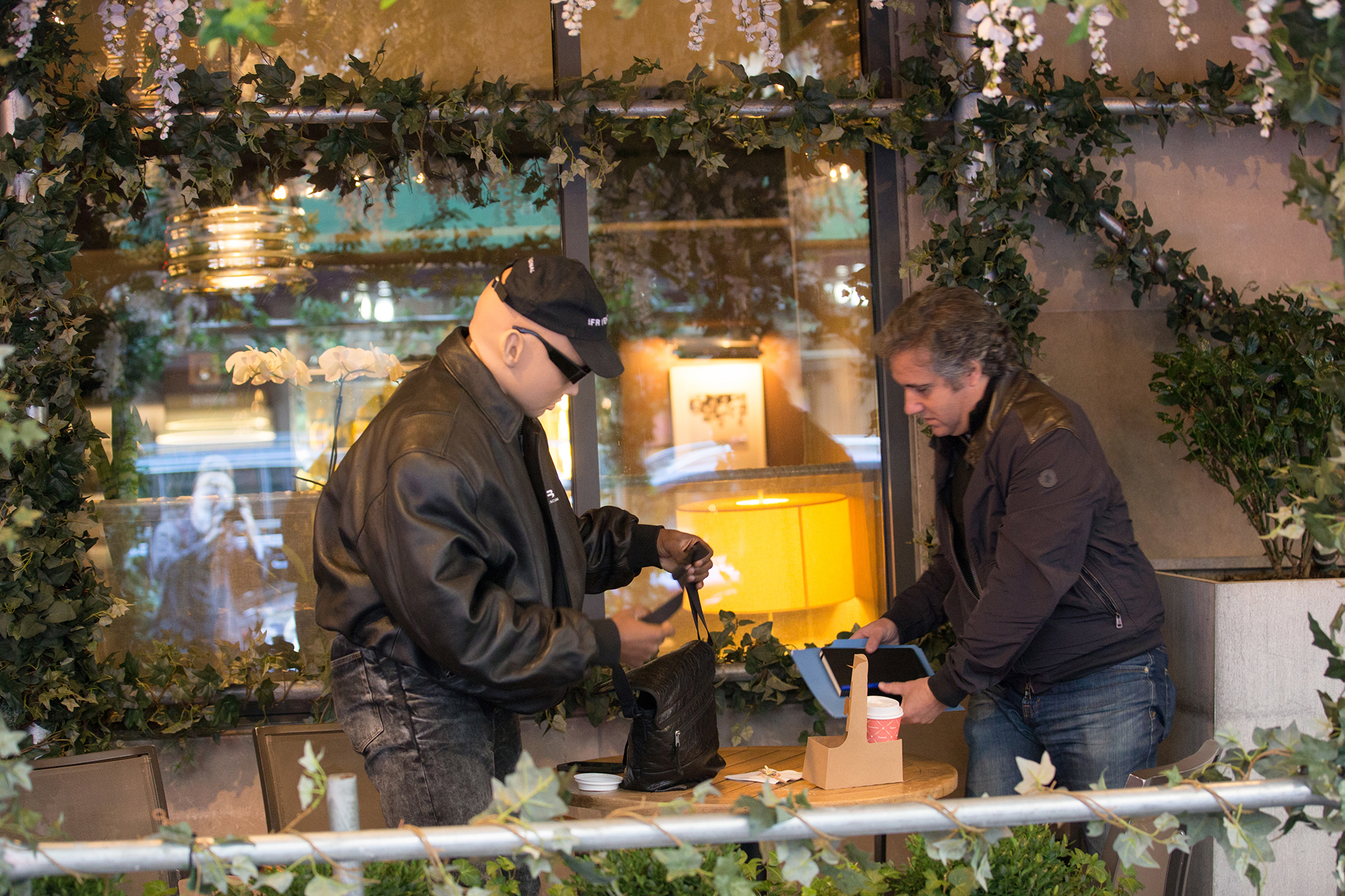 A source also told us they had “a lot of newspapers on the table.”

Page Six previously reported that West and Cohen met up for java at the power spot earlier this month, though it was not clear why the odd couple were meeting.

West — who recently got clearance by an LA judge to change his name legally to “Ye” — has been spotted wearing more elaborate masks lately, just in time for Halloween.

The rapper — who has previously been known to wear fabric face coverings over his entire head — has recently upped his mask game. He also wore a pale green-blue mask last week in Venice, Italy, that made him look like an orc from “The Lord of the Rings” — or perhaps a more menacing cousin of “Shrek.” 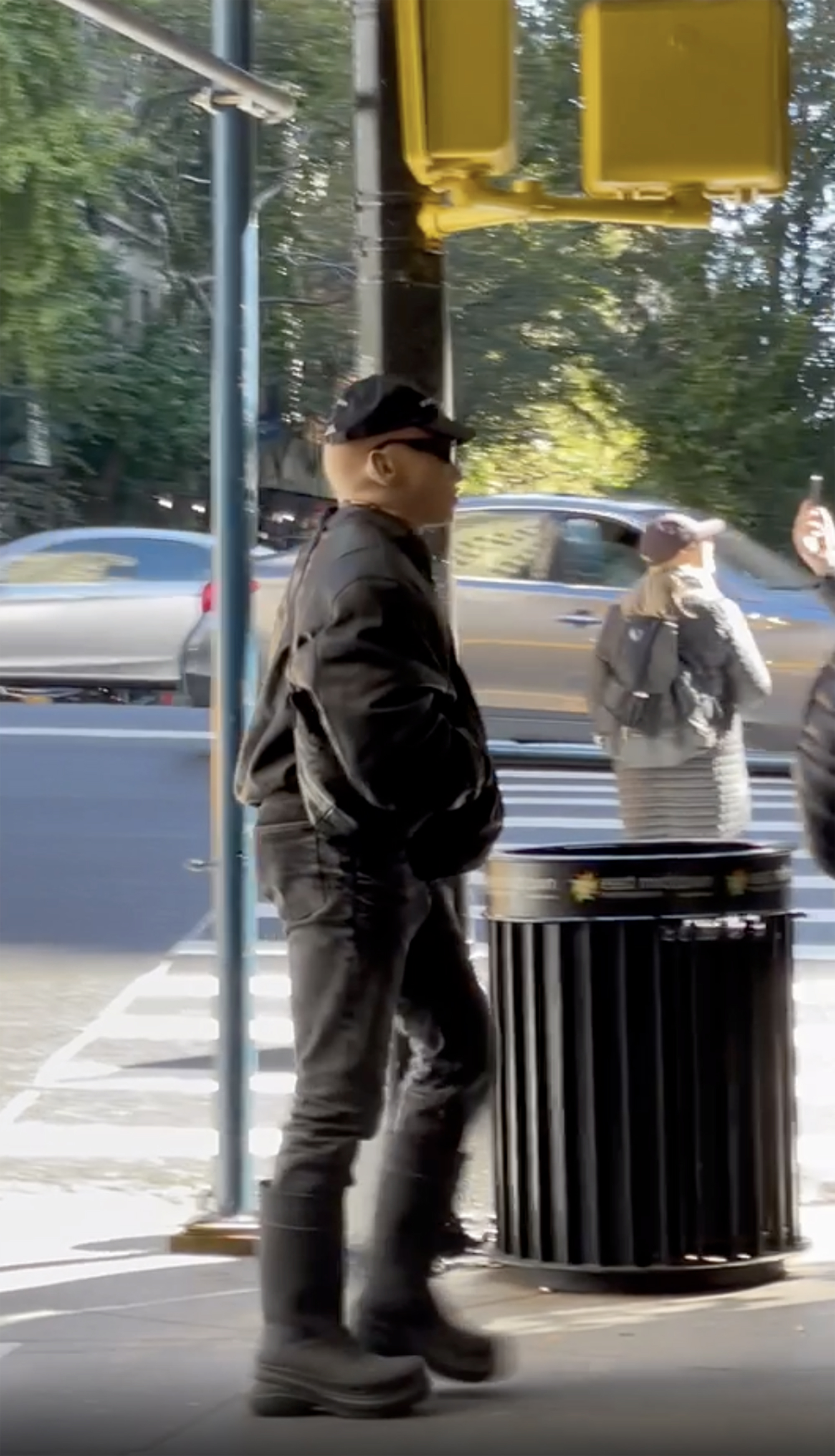 Cohen was sentenced to three years in prison in December 2018 for tax fraud and other charges. He was released in May 2020 due to concerns about COVID-19, but has been under house arrest.

He told us he has 33 days left on his sentence, and that he is allowed to leave the house during certain hours on various days, under his house arrest arrangement, such as two hours on Tuesday mornings.

He was then seen headed into Central Park.