A jury on Monday gave a sweeping win to the Kardashian family in former reality TV star Blac Chyna’s lawsuit against them.

The Los Angeles jury found that none of the members defamed Chyna, nor did any interfere with her contract by convincing the E! network to cancel her reality show Rob & Chyna.

The four Kardashian defendants — Kim Kardashian, Kris Jenner, Khloé Kardashian and Kylie Jenner — attended nearly the entire trial, but when the verdict was read all were in New York at the Met Gala, where this year’s theme was “Gilded Glamour”.

Chyna was in court for the verdict. She had no visible reaction. 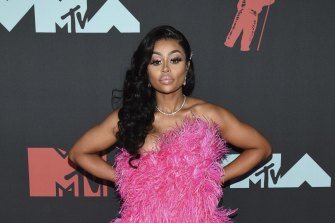 After about 10 hours of deliberations, the jurors decided that the Kardashians often acted in bad faith, finding that they were not justified in telling the executives and producers of Rob & Chyna that Chyna abused their son and brother Rob Kardashian. But they found that it had no substantial effect on Chyna’s contract or the fate of the show, and she was awarded no damages.

Executives from the E! network, which aired the show, testified that Rob & Chyna ended because the relationship ended, not because of the defendants’ actions.

Kardashian attorney Michael G. Rhodes said the family was “exuberant” when he called them with the news.

“We will appeal on the remaining questions,” she added.

The jury was twice sent back to deliberate further when it was found that on some questions in the case against Kylie Jenner the vote had been 8-4 when at least 9-3 was required in the civil case, but they quickly returned with 9-3 votes and the result remained unchanged.

Jurors were considering the defamation case against Kris Jenner, Khloé Kardashian and Kylie Jenner, after a judge threw out the part of the lawsuit against Kim Kardashian in the middle of deliberations.

All four of the women testified during the nine-day trial. 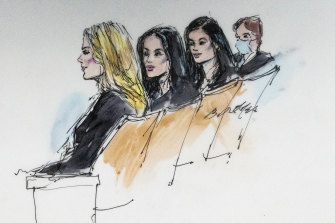 The trial focused largely on allegations that Chyna violently attacked her then-fiancé and reality TV co-star Rob Kardashian on a night and morning in December 2016. He testified that she twice held a gun to his head, wrapped a phone-charging cord around his neck and beat him with a metal rod. She testified that she had put the cord around his neck and held the gun playfully as the two celebrated the renewal of their reality show, and when the celebration turned into a dispute, she was never violent against him.

But the legal questions the jury considered were all about the aftermath of that fight. Jurors had to decide whether each of the defendants knowingly lied about the abuse when they talked about it with the producers and executives overseeing Rob & Chyna, or spread word about it with reckless disregard for the truth. And they had to decide for each defendant whether those communications were an illegal interference with Chyna’s contract to appear on the show.

In her closing argument, Ciani argued that it was unreasonable for the four women to have believed that her client violently attacked her former fiancé Rob Kardashian.

“He didn’t have a mark on him,” Ciani told jurors. “There was no call to the police, no trip to the hospital, not even a Band-Aid.”

Rhodes argued during his closing that the women had every reason to believe the accounts of the attack from Rob Kardashian and from Kris Jenner’s longtime boyfriend Corey Gamble, who arrived at the scene and broke up the dispute.

“Do you remember how Rob looked on the stand? His pain was real,” Rhodes said. “This is a real family. Yeah, they’re famous, but they’re real people. He got really badly hurt here.”

It appeared during the trial that Gamble would prove to be the key witness for the defence. But the television executives and producers whose testimony was often technical, and utterly without drama, would prove more important in the jury’s findings, which rendered the women’s stories of abuse largely irrelevant.

Jurors were free to make it a split decision — finding against some of the Kardashians but not others.

They gave the family a clean sweep instead, and gave Chyna nothing.

She had sought as much as $US108 million ($152 million) in the lawsuit. A punitive damages phase that would have been triggered by a plaintiff victory will not happen now.

The five-year-old lawsuit overcame many obstacles — including motions to dismiss and settlement talks between the two sides — and was a longshot to even get to trial.

But the final obstacle, convincing a jury, proved too much to overcome.

The case isn’t entirely over for Chyna, though. Separate allegations in the lawsuit against Rob Kardashian, with him as the lone defendant, were split into a separate trial that will likely begin in about a week.

Support is available from the National Sexual Assault, Domestic and Family Violence Counselling Service at 1800 RESPECT (1800 737 732).