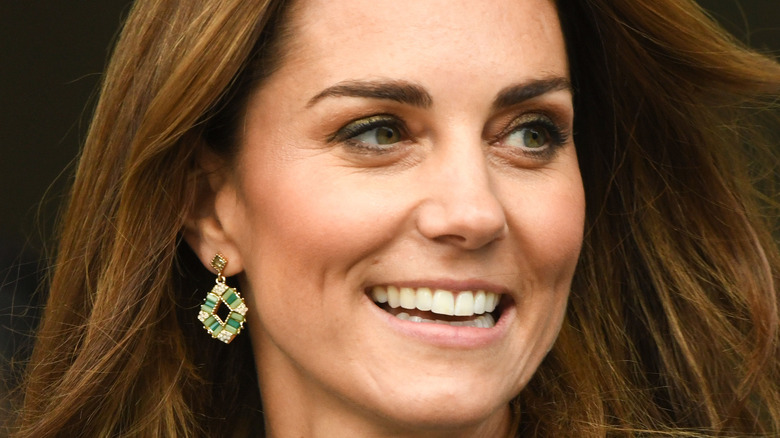 Kate Middleton has been stirring up rumors with her lack of public appearances as of late. According to Yahoo, the Duchess of Cambridge hasn’t been seen during a public outing for over two months and many were questioning the reason behind her sudden absence from the spotlight. Media personality Natalie Barr even theorized that Kate’s sudden step back from the public may be due to pregnancy. The duchess already shares three children with her husband Prince William and has publicly struggled with severe morning sickness, leaving Barr to believe that Kate may currently be pregnant and resting at home. “I’ve no idea, I’m just adding to the rumors,” she said on “Sunrise” (via Yahoo). The host later said. “She could actually just be having a life.”

It appears that Kate may have just been taking a well-deserved break to spend some time with family over the past few weeks. Page Six reports that she joined William and their children at the wedding of her brother, James Middleton in France last week, so it doesn’t seem that she’s hiding herself away. In addition, it appears that Kate is preparing herself to go back to work and we finally know what her first appearance will be following her two-month hiatus from public life.

Kate Middleton will meet with military personnel on Wednesday 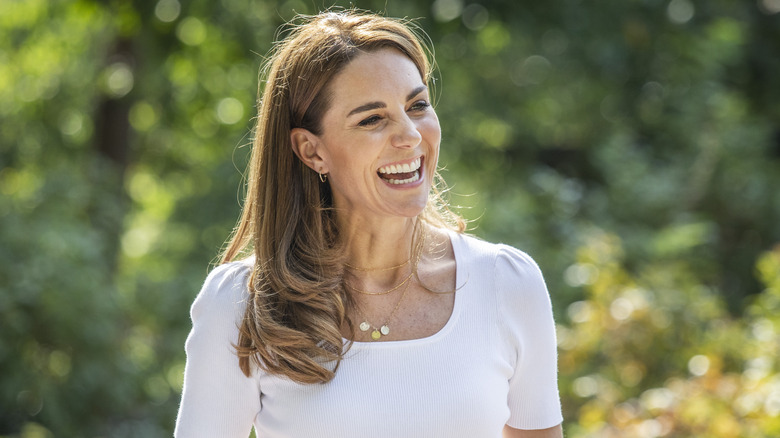 This week, after much speculation about when and where Kate Middleton may show her face again after her two-month break from the spotlight, her next appearance was confirmed by the palace. According to a Tuesday morning tweet by Chris Ship, royal editor at ITV News, the Duchess of Cambridge will make an appearance on Wednesday for a very important cause. Kate is scheduled to meet with the military personnel who helped to evacuate about 15,000 people from Afghanistan last month. The beloved royal will interact with the medics and aircrew who were essential to the rescue and worked tirelessly at the Kabul Airport to save lives.

People reports that Kate’s visit comes after it was revealed that her husband, Prince William, stepped in to help an Afghan office and his family who were able to leave Kabul during the exodus. William was reportedly acquainted with the unnamed man, whom he’s said to have trained with at the Sandhurst Military Academy back in 2006. When William heard of the soldier’s situation he moved to help get the man and his family out of Kabul.

It seems that both William and Kate are ready to jump back into work following a busy summer with their family. Their children have returned to school for a new year, which also helps to free up the Cambridges to make more public appearances. Their calendar is now filling up for the fall as they reportedly have multiple appearances planned in the coming weeks.