Growing up, I didn’t really have a nickname. My name is Rachel and there’s not a whole lot you can do with that. Sometimes people would call me "Rach." As I got older, that name turned into "Rachie," but I never had quite the adorable nickname like the one that Kate Middleton has for her only daughter. So, what is it? Allow me to fill you in, because Kate Middleton’s nickname for Princess Charlotte is the most British thing ever and it will totally will melt your heart.

During a recent eleventh-hour holiday shopping trip, teacher Sarah Daniels reportedly said she heard Kate Middleton call Princess Charlotte "poppet," according to the Daily Mail. Daniels told the tabloid that she heard the Duchess of Cambridge refer to Princess Charlotte as "poppet" while Kate was shopping at The Range on Saturday, Dec. 22. As told to the Daily Mail, Daniels said Princess Charlotte was sitting on the floor of the home and garden store when Kate told her daughter to, "Get up, poppet." I’m pretty jealous I wasn’t across the pond to hear this exchange, because I’m quite confident is was downright adorable.

If you’re not sure what the meaning of this adorable nickname is, I’m here to help. By definition, "poppet" is an informal (yet endearing and affectionate) term for a young child (kind of like "sweetie"), according to Oxford Dictionaries. So, it makes sense that Kate would affectionately reserve this nickname for Princess Charlotte. It’s also an undeniably British moniker and I love it. 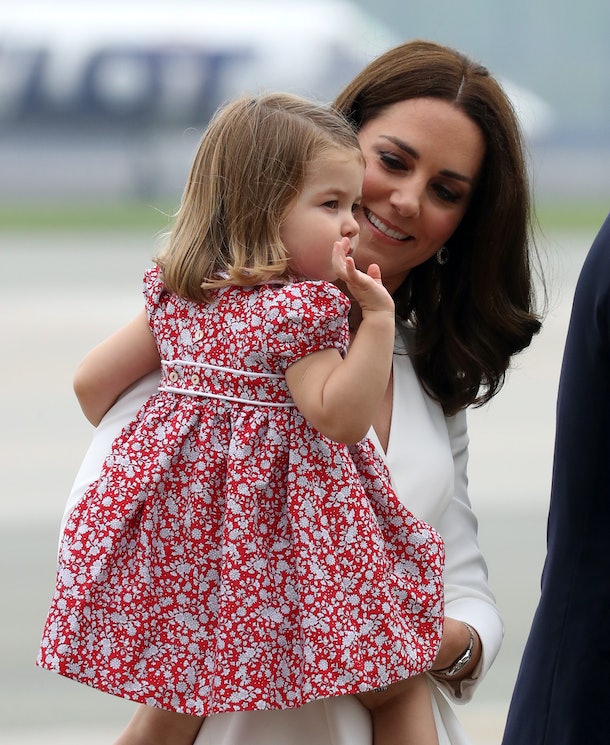 Aside from the heartwarming definition of poppet, the nickname also holds sentimental value to the royal family for another reason. According to Elle, Prince William was reportedly heard referring to his wife Kate as "poppet" after the birth of Prince George. The exchange supposedly took place on the front steps of the Lindo Wing at St. Mary’s Hospital in London after the then new parents stepped out to greet reporters and spectators, and show off their first bundle of joy.

It seems that the charmingly sweet nickname has stuck with the royal family of five since the birth of Prince George. I’m sure that Prince William and Kate have other nicknames for their three beautiful children, but there is something about poppet that just warms my heart. I’m feeling a little inspired by the sentiment and might just have to put poppet in rotation with my own two kids (even though I’m not British).

Prince Harry and Meghan Markle, the Duchess of Sussex, are expecting their first child together in the springtime. Perhaps they will draw on inspiration from Prince William and Kate and refer to their own impending bundle of joy as "poppet" from time to time. After all, it is a cheery and jolly name. It is basically perfect for little ones, hence why Kate likely referred to three-year-old Princess Charlotte as such during their last-minute Christmas shopping trip. 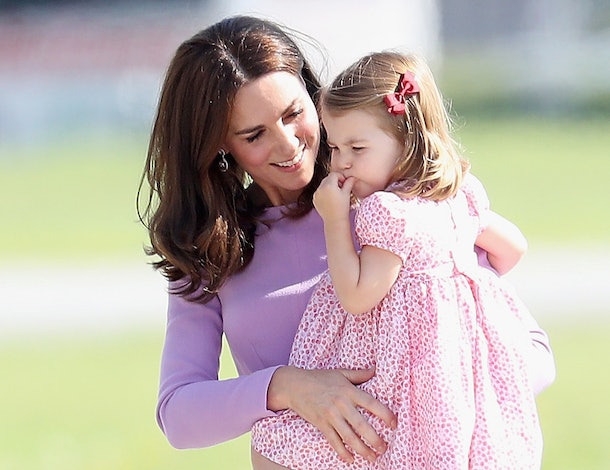 You know those adorable names your parents and family probably called you as a kid? It can be hard to outgrow those childhood terms of endearment. Hopefully, Kate will always refer to Princess Charlotte as "poppet," even when she’s all grown up. Maybe Princess Charlotte will even pass the nickname down to her own future kids someday, should she choose to have them. For now, I’ll be adding "poppet" to my vocabulary and feeling adorably British.