Artist Kathrin Longhurst has taken out the Archibald Packing Room Prize for her portrait of singer Kate Ceberano.

The announcement was made at the Art Gallery of NSW at the unveiling of the 52 finalists for the 2021 Archibald Prize for portraiture – Australia’s oldest and arguably most popular art prize, which this year turns 100. 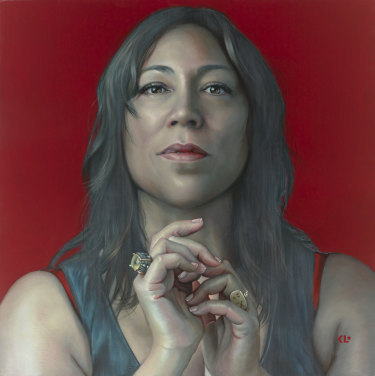 Last year, first-time entrant Meyne Wyatt became the first Indigenous artist to win the Packing Room Prize, in a history-making year in which Vincent Namatjira went on to win the Archibald Prize with a portrait of himself and Adam Goodes titled Stand Strong for Who You Are.

In its centenary year, history is in the making again, with as many female artists as men in contention for the $100,000 Archibald Prize. Only 10 female painters have won the prize since 1921, and only 17 women sitters have been chosen by the Art Gallery of NSW Trustees as the “winning face”.

For the first time, there is not only gender parity among the Archibald Prize finalists but more works by women across the three prizes including the Sulman (subject and genre) and Wynne (landscape).

The Packing Room Prize is selected by gallery staff who receive, unpack and hang entries. As head packer, Brett Cuthbertson commands 52 per cent of the vote – the Packing Room Prize is regarded as a reflection of his personal taste, as well as the public’s penchant for hyper-realistic portraits that demonstrate technical skill.