I think it’s safe to say the couple that had the best Valentine’s Day this year was Orlando Bloom and Katy Perry. After years of dating on and off, Bloom popped the question and Perry said yes. These two are getting married! And after looking at Katy Perry and Orlando Bloom’s astrological compatibility, I’m honestly not all that surprised. A relationship like this one? Well, it really is written in the stars.

Just some quick background on these two, in case you’re out of the loop on their love story: They first met and began dating in January 2016. While everything seemed to be going well, they decided to take a break in February 2016, when their reps told People they were putting a "respectful, loving space" between them. Fortunately, by August of that year, they were spotted attending an Ed Sheeran concert together, and by September 2018, it was clear they were officially back on when they hit the red carpet together at the Global Ocean Gala in Monaco. (Stars, they are just like us!)

While this might sound like a rocky start for most couples, it’s perfectly on brand for their signs. Bloom was born on January 13 under the the earth sign Capricorn, and Perry’s birthday is October 25, making her a Scorpio. While these two signs together means electric chemistry, it takes a while before either is fully ready to settle down. The result is often an on-and-off-again courtship that can’t be rushed. Sound familiar? Here’s what else we can guess about this couple, based on their astrological compatibility.

She finally feels safe enough to give someone her full heart. 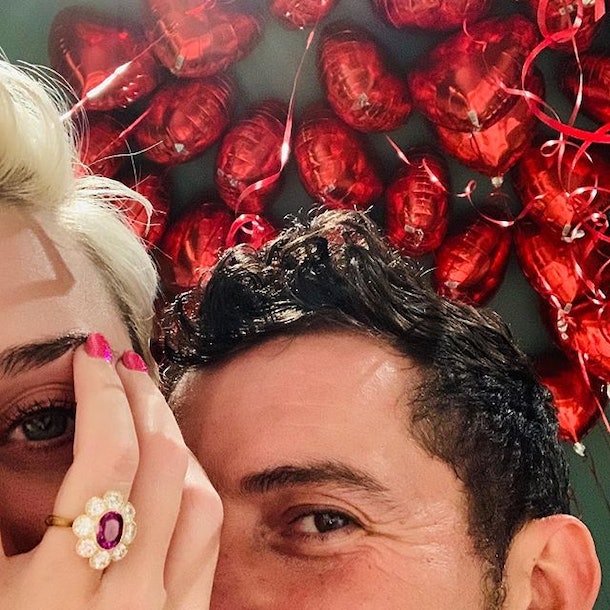 One of Scorpio’s biggest challenges in a relationship is trust. This water sign is very in touch with their emotions, but they try their best to hide them behind a shell, especially if they’ve been stung before. So, despite their great capacity for love, they tend to hold people at arm’s length until they earn their trust. Fortunately for Scorpio, it doesn’t get more trustworthy and honest (sometimes to a fault) than Capricorn. This earth sign is steady and pragmatic, and if they’ve picked you, they’re really serious about you. This is a sign that refuses to waste time, so they’ve probably thought long and hard about opening up their hearts. The good news? Once you have Cap’s heart, you never have to worry again.

The sex is intense and the passion is effortless — but a deeper connection is a challenge.

Capricorn and Scorpio’s sexual compatibility is complicated. On the one hand, the physical connection and passion they ignite in one another is effortless. Scorpio is a very physical sign that craves touch and is almost insatiable when it comes to sex. For earth signs like Capricorn, connecting on this concrete level comes naturally and is very rewarding. So, this combination of signs is one that burns brightly in the bedroom. Where they struggle is taking all that physical connection and going deeper — and really connecting on an emotional and spiritual level. However, they are capable of getting there if they both put in the effort. It can come in fits, but once that connection is truly forged, it’s strong — and hot.

They really “get” one another. 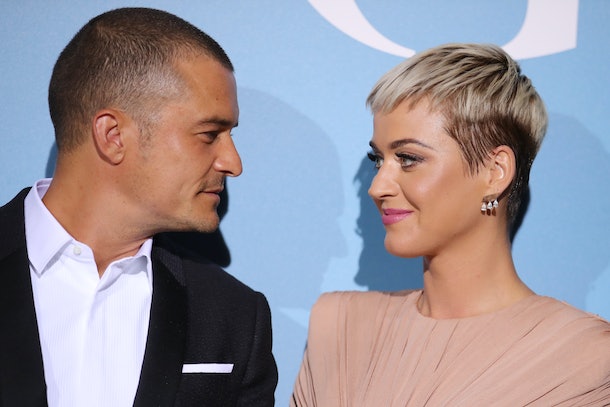 Scorpio and Capricorn definitely have their strengths, but can also be have some real challenges between them as well. Both are intense signs with connections to Pluto, the planet of power, and Saturn, the planet associated with ambition, respectively. While very attractive, these characteristics can also be intimidating and make long-term relationships hard, because these are both signs working on a different, more intense level. This is why, when they come together, it can be a powerful meeting of the minds. They finally found someone who really “gets” their level of drive and knows how to support them. Feeling truly seen is an incredible thing and can forge unbreakable bonds, making these signs, despite other differences, highly compatible.

Ultimately, Capricorn and Scorpio connections go one of two ways: They either go on-and-off-again only to fizzle out, or they connect and go all the way. With Bloom popping the question and Perry accepting, on Valentine’s Day of all days, I think it’s fair to bet that these two represent the latter scenario, and they can look forward to a long and happy connection. Sounds like a ~teenage dream~ to me.