Kelvin Fletcher is the former Emmerdale actor that sashayed onto our screens in Strictly Come Dancing, and now he’s in the final two set to battle it out against Karim Zeroual.

Hunky actor Kelvin, 35, has found himself constantly at the top of leaderboards, impressing judges with his polished routines with partner Oti Mabuse, and it’s no surprise seeing as the star starts training at 5am each day and works with Oti for 12 hours.

But who has the actor got cheering him on by the dance floor sidelines, and who has he dated in the past?

In the soap, Kelvin’s character, Andy Sugden, dated Sammy’s character Katie, but despite the couple having dated in the past, the actress told Female First that the pair were “very comfortable” working alongside each other in the soap. In 2006, the rumour mill was turning after Sammy was pictured holding hands with Kelvin, who was 22 at the time, but the actress insisted it was far more innocent than it seemed.

She told the Mirror: "I held his hand to stop myself from falling over," Sammy laughs.

"My heel wobbled on the stairs and it looked like we were cosying up, But God no! He's got a girlfriend. We're just mates. I can't really be bothered with dating at the moment – I'm really happy. 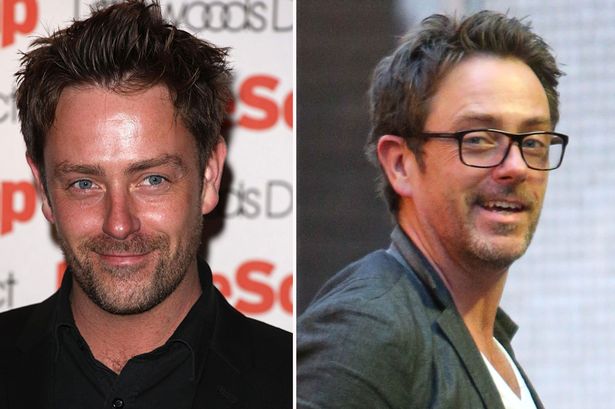 "I'm so happy now. Relationships can be so up and down so you can actually be happier when you're on your own."

In 2002, Sammy and Kelvin arrived to the British Soap Awards together and posed whilst holding hands.

Kelvin married his wife Liz Marsland in 2015 and the pair have two children together.

Fashion buyer and actress Liz starred in the 2016 BBC drama In the Club and they met when they were children. In fact, the couple shared their first kiss when Liz was only eight years old.

They grew up just streets apart in Royton, Lancashire, but they only got together two years after she finished university.

Strictly Come Dancing fans were left in tears when he told viewers how he rekindled with his wife by chance after having lost touch.

He said: "I'm in a random bar in Manchester and who of all people appears in the crowd dancing towards me!"

Kelvin has said he knew she was the one when he re-met her and gushed that she completed him. The childhood sweethearts tied the knot in 2015, after Kelvin proposed on the beach during a romantic trip to Wales.

They wed in a lavish ceremony, reportedly costing £55,000, at London’s One Mayfair, a year to the day he had proposed. Recently, on This Morning, Kelvin spoke about missing his and Liz's anniversary to practice for the show, saying: “I think that’s been the hardest thing to accept really, is just being away from home.

“Today is my wedding anniversary and I’m not at home.

“And it’s gutting really. I’ve got a young family.

“Not only that, your wider circle, your friends. I’ve missed a friend’s wedding recently and that’s what’s tough.”

Kelvin and Liz welcomed their first child, Marnie, in 2016 and their son Milo in December 2018.