The 10 biggest bombshells from the ‘KUWTK’ reunion

Khloé Kardashian still seems to have Tristan Thompson’s back despite their breakup.

YouTube star Tana Mongeau took to Twitter on Sunday to speculate about Thompson’s behavior at her birthday party, tweeting, “All i know to tweet about my birthday party last night is that tristan thompson was one of the first attendees,” Mongeau, 22, posted.

“Like babe where’s true,” she added, referring to Thompson and Kardashian’s 3-year-old daughter.

The “Keeping Up With the Kardashians” star seemed to show her support for her ex when she “liked” a tweet from a fan who shaded Mongeau for her uncalled for message.

“Shut the f–k up. This screams attention-seeking at it’s finest bc you know damn well that man gon make headlines over anything pertaining to women,” the tweet read.

The Good American co-founder’s subtle messaging comes after Page Six broke the news that she and Thompson called it quits a few weeks ago.

“They’re getting along. There is no drama,” a source said, adding that “everything is amicable, and they are on the same page with co-parenting.”

The two already have proven that they’re on good terms, as they were spotted taking their daughter to lunch last Thursday. 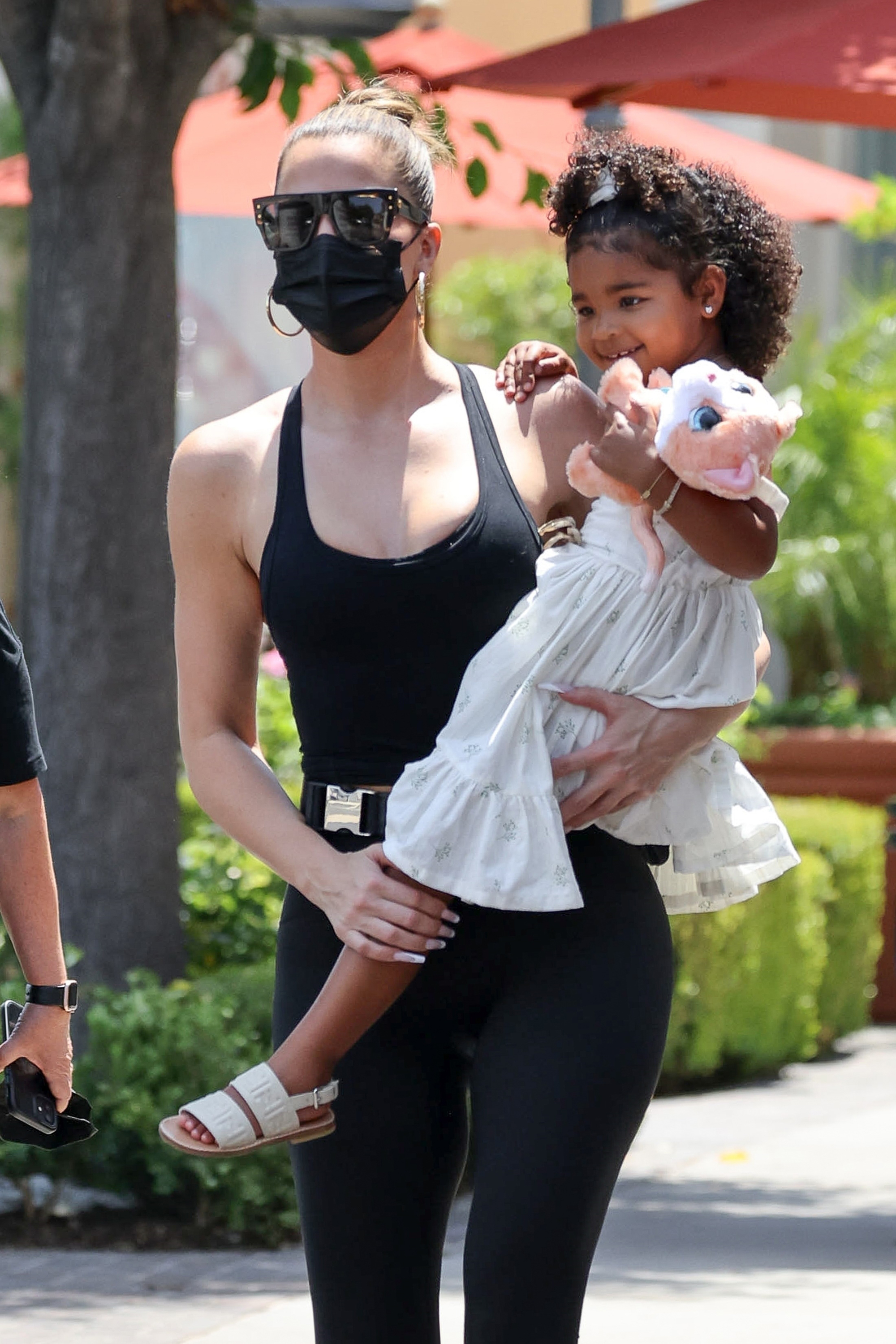 As we exclusively reported, the on-again, off-again couple called it quits shortly after Instagram model Sydney Chase claimed she hooked up with Thompson in the fall — when he had reconciled with Kardashian. Despite the NBA star’s numerous denials — and a cease-and-desist — Chase doubled down on her allegations.

On Tuesday, Chase shared a cryptic message on her Instagram Story after news of Kardashian and Thompson’s breakup went viral.

“I can’t even get mad no more,” read the post, which was followed by the crying-laughing emoji. “life funny at this point.”