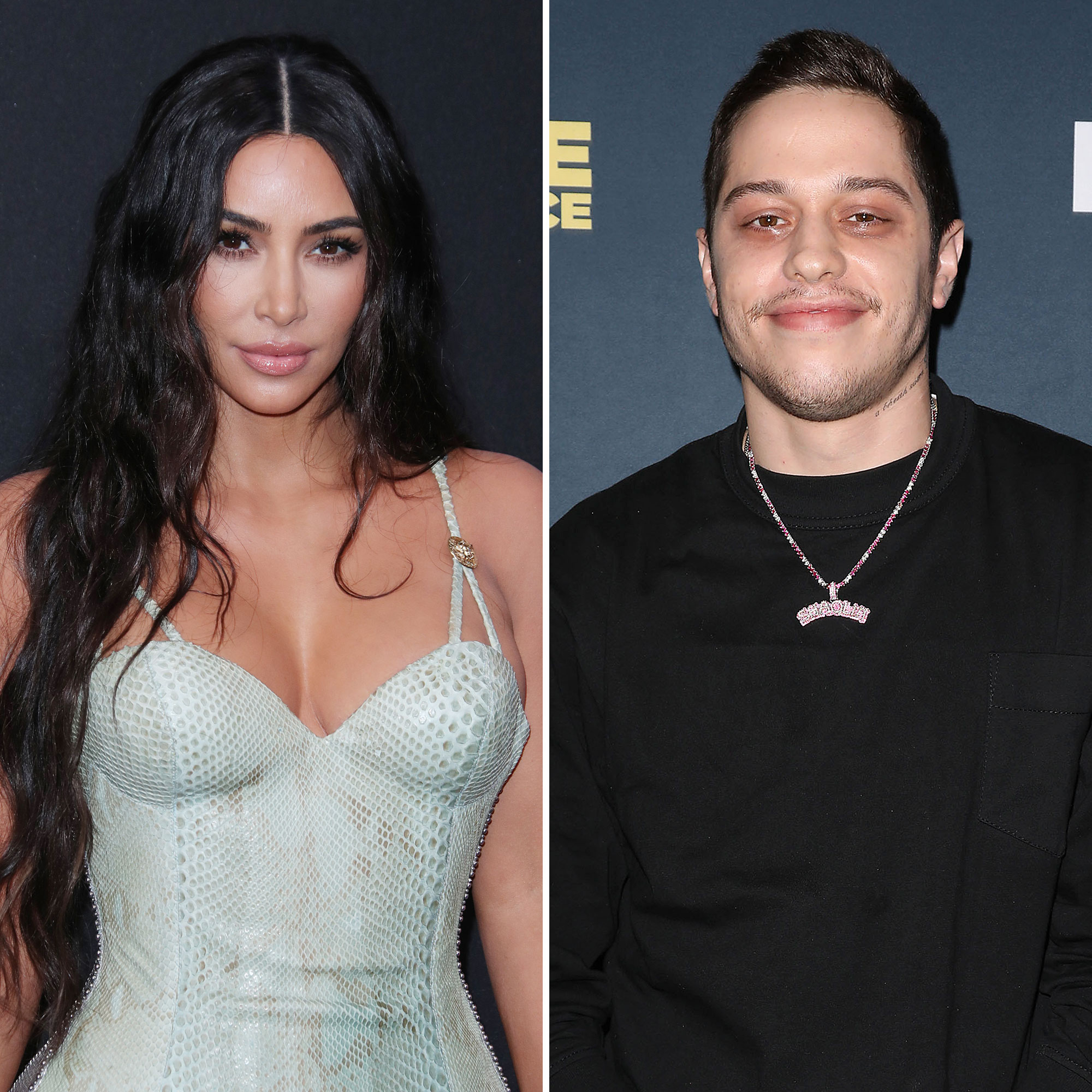 Watch this space! Kim Kardashian and Pete Davidson set social media aflame when they were spotted holding hands, but their relationship is totally platonic, two different sources confirmed to Us Weekly.

“No one really knows what is going on with Kim and Pete,” one insider exclusively tells Us of the Skims founder, 41, and the Saturday Night Live star, 27. “They are just friends right now, but things could turn romantic.”

The duo made headlines on Friday, October 29, when they visited Knott’s Berry Farm in Buena Park, California, with Kourtney Kardashian, Travis Barker, Harry Hudson, Stephanie Shepherd and other friends. It seemed like a friendly outing until the pair were photographed holding hands while riding one of the theme park’s roller-coasters.

Despite what it may have looked like, the Selfish author is still happily enjoying life on her own. “Kim is single and having fun at the moment,” the source adds.

The second insider notes that Kim was “surprised” by the amount of chemistry she has with the New York City native.

In February, the Keeping Up With the Kardashians alum filed for divorce from Kanye West, whom she wed in May 2014. The former couple share children North, 8, Saint, 5, Chicago, 3, and Psalm, 2.

Davidson, for his part, was previously engaged to Ariana Grande before they called it quits in October 2018. The comedian has also been linked to Kaia Gerber, Margaret Qualley and Phoebe Dynevor.

Most Memorable ‘Saturday Night Live’ Hosts Over the Years

Earlier in October, Kim and the King of Staten Island actor crossed paths when she hosted SNL for the first time. In one sketch, the twosome shared a kiss while dressed as Jasmine and Aladdin, sending viewers into a frenzy.

In June, however, a source told Us that the KKW Beauty mogul isn’t spending much time on dating in the aftermath of her split from West, 44.

“She’s not focused on dating at the moment but actually worries that guys will not want to date her because of how public her relationship was with Kanye,” the insider explained at the time. “She also knows how hard it is to build trust with someone, so she thinks it’s going to take time before letting someone into her private life. It was easy with Kanye because they were friends before so they had years’ worth of trust.”

Kim hasn’t been publicly linked to anyone since her split from the rapper, though rumors have swirled about several potential boyfriends, including Maluma. After reports circulated that he was dating the reality star, the Colombian singer, 27, clarified that the pair are just pals.

“We were together at the Dior show. I met her for the first time there,” the Marry Me star told L’Officiel in September. “We don’t talk that often, but yeah, we are good friends and we always wish the best for each other.”

With reporting by Travis Cronin and Andrea Simpson