‘You should watch’: Kim Kardashian has strong celeb support at ‘SNL’ dress rehearsal

Kim Kardashian hits NYC for ‘SNL’ with Kanye, Kris and Khloé in tow

Kanye West was sitting front and center for Kim Kardashian West’s hosting gig on “Saturday Night Live” – and according to onlookers, the two “kept waving and making eyes at each other” throughout the night.

“At one point, before the Kourt skit, Kim blew a kiss in his direction,” the eyewitness said, adding that Kim, 40, proudly introduced herself as “Kim Kardashian West.”

Kanye, 44, was joined in the audience by momager Kris Jenner and her boyfriend Corey Gamble, along with Khloe Kardashian and Kim’s best friend La La Anthony.

Kim addressed her divorce from Kanye during her opening monologue, first calling him “the best of all time,” before noting that he’s “the richest Black man in America, a talented legit genius who gave me four incredible kids.”

She continued, “So when I divorced him, you have to know it came down to one thing – his personality. I know it sounds mean, but people keep telling me that comedy comes from truth. And if there’s one thing that I always strive to be, it’s genuine.” 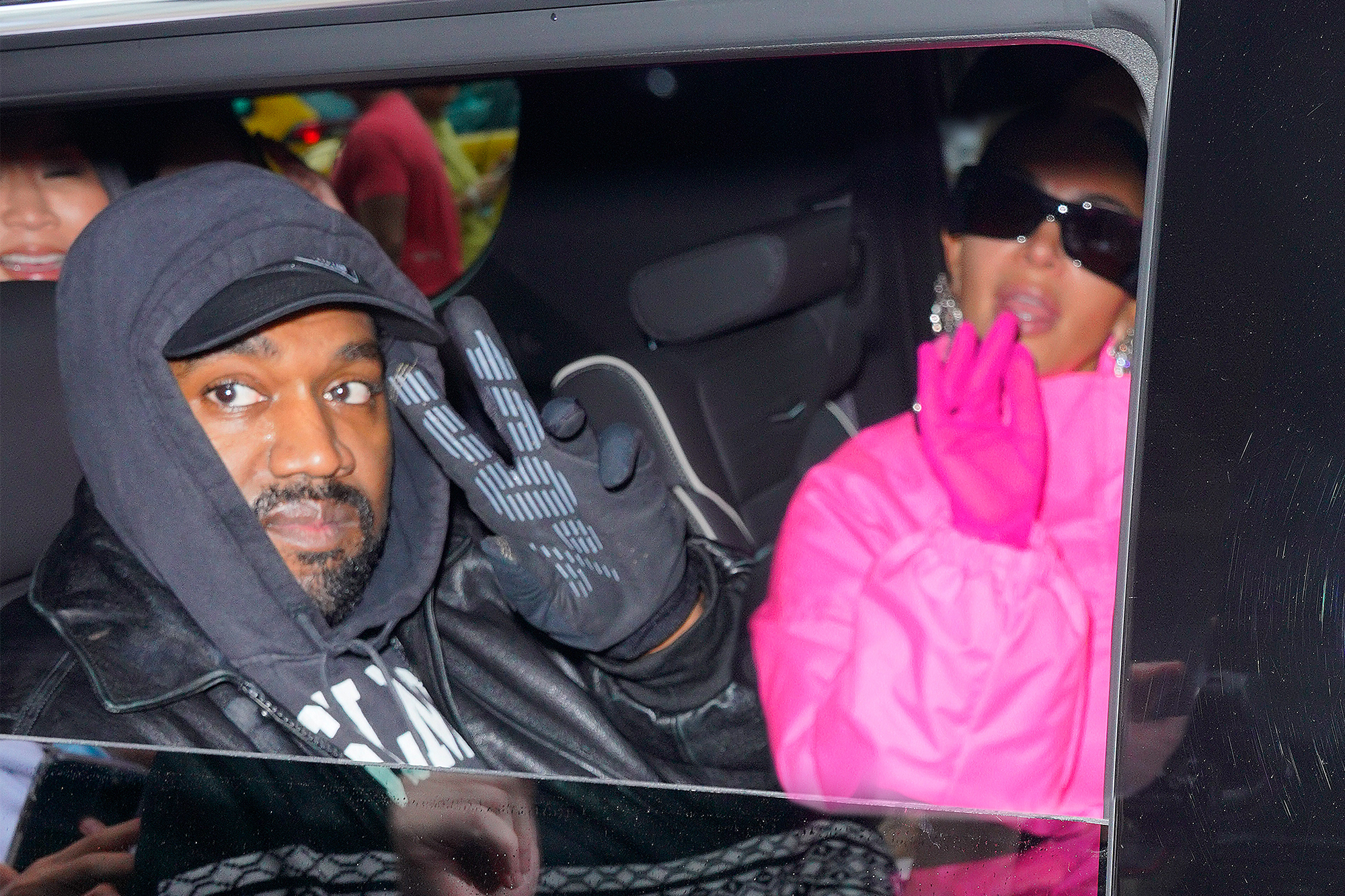 Ahead of Kim’s “SNL” debut, Page Six exclusively revealed that Kanye was helping the SKIMS founder with her hosting duties.

The divorcing pair have recently sparked rumors by spending more time together again, supporting each other’s work and dining together in Los Angeles before both jetting to New York for the NBC show.

Others in attendance included cast and crew from “SNL,” like Lorne Michaels and Amy Schumer, who made a guest appearance on the show.