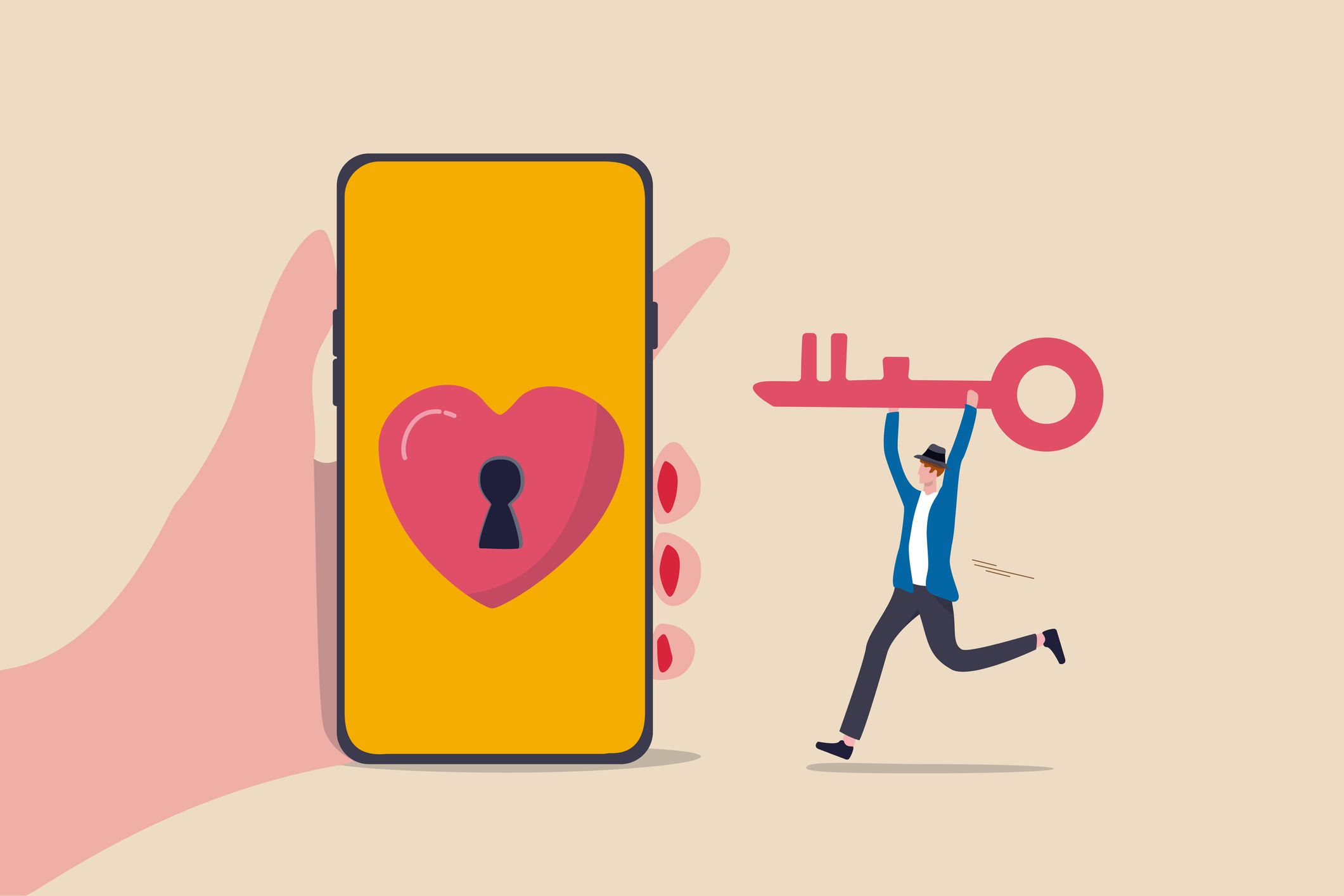 No matter how we romanticise it, a date is essentially a double-sided interview, with two people assessing the other person’s performance to decide on compatibility.

But unlike in interviews there are romantic feelings involved, and they have an awful tendency to complicate things.

When you’re swept up in lust (or even just the excitement of meeting someone new) practicality goes out the window, and before you know it you’re in too deep with someone you’re not sure is a good fit.

The concept of the relationship red flag is now widely known, used to describe behaviours that act as a warning to leave. Red flags are specific to each person but the term typically refers to severe problems like infidelity or abuse.

While it’s undoubtedly helpful to have an umbrella term for breakup-worthy qualities in a partner, focusing solely on red flags means you might miss ‘smaller’ concerns. That’s where yellow flags come in.

These aren’t dealbreakers in themselves, but can add up to paint a picture of an unhealthy couple. And spotting them early allows you to nip arguments and resentment in the bud.

Senior Therapist Sally Baker tells Metro.co.uk: ‘Yellow flags signify slight unease – or perhaps a sense of growing unease – from cumulative small events that part of you want to ignore and part of you (in fact your intuition) feels uncomfortable about.’

As with their red cousins, yellow flags are unique to the person, but can include things like a partner expecting instant replies to messages or constantly prioritising work. Lateness also commonly crops up on people’s yellow flag lists, as does shirking the bill on a date.

There could be perfectly normal explanations for why the person you’re seeing did these things. Perhaps they’re having a manic week, they’re struggling for money, or have different communication expectations to you. It’s when these behaviours form a pattern and stack up that they become something to act on.

‘Yellow flags have the potential to convert either to red or green flags,’ says Sally.

‘No one is psychic, so try to establish blame-free open conversation about things that are bothering you and see if they can be amicably resolved.’

When speaking to your date about what’s concerning you, see how they react. A successful partnership doesn’t require you have the exact same opinions, but you can tell how things might progress based on how you resolve differences together.

Sally continues: ‘It’s okay for people who are new to each other to misread situations. What is crucial is being able to discuss potential yellow flags and for both people to adapt, be considerate with each other and find ways to move forward.

‘If there’s no willingness to resolve differences then yellow flags can only ever convert to red.’

Whether you’re single or coupled-up, it can be helpful to make a list of yellow flags. They can be hypothetical or related to what’s going on in your love life right now, as long as they describe habits and actions that you’d avoid in a partner.

Knowing what you don’t want gives you a clearer head to seek out what you do, and putting these yellow flags down on paper drums it further into your head.

When you meet potential dates keep this in the back of your mind. Because yellow flags aren’t dealbreakers you have room to see the whole person before writing them off. Crucially, however, by keeping track of them (even if only casually) you’re holding yourself and them accountable.

Say you put not listening on your yellow flag list. Once or twice is human nature, but your partner’s head is constantly elsewhere and you’re frustrated. Having that written down reaffirms your feelings and gives you ‘permission’ to address it.

Not all relationship problems are catastrophic, but a healthy couple doesn’t undermine them or leave them to fester.