There are plenty of iconic couples out there, but Kristen Bell and Dax Shepard honestly take the cake. Ever since they announced they wouldn’t get married until gay marriage was legal in the United States, I was hooked — these two are in love, and they’re using their platform for good. But it’s not just their social justice efforts that make them so admirable. Looking at Kristen Bell and Dax Shepard’s relationship timeline, it’s clear that these two have a love story for the ages, and it’s been over ten years in the making.

Most fans know Bell from her various roles in adorable rom-com movies like When In Rome and You Again, as the voice of Anna in Frozen, and in her current role in The Good Place. Shepard is also an actor, most recently known for his role in the hit show, Parenthood. The two actually worked together in Bell’s When In Rome, and their chemistry was palpable.

Now, they’ve been married for over five years and have two daughters, Lincoln and Delta. While the couple is pretty private when it comes to their children, they haven’t been shy talking about their own relationship, lucky for us. From how they first met, to their initial reactions to each other, to their journey with therapy, looking at how Bell and Shepard met is seriously heartwarming.

‘Tis the season for Settlers of Catan! Guys, hold on to your pee pee. I have big news. Now, when you enter to join me and @daxshepard for a game night, you’ll ALSO be entered to win a Game of Thrones edition Catan signed by us AND the inventor of all this fun, Klaus Teuber. Go to my bio link or omaze.com/gamenight to enter.

According to Women’s Health, Bell and Shepard met at a birthday dinner (it’s unclear who the dinner was for), but they weren’t exactly into each other at first. "When I met her and her friends, I was suspicious of their unbridled happiness," Shepard told Good Housekeeping. "I thought, ‘Something stinks here; they’re in a cult.’ But slowly I began to see her positive way of looking at the world. She gives people the benefit of the doubt."

Maybe it wasn’t love at first sight, but Shepard clearly realized early on what a ray of sunshine Bell was, and that’s adorable. 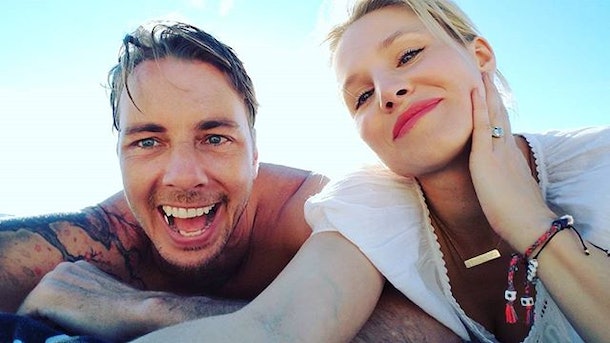 MICHIGAN you dirty old mitten…you still make us happy after all these years. #lakemichiganbeach

After they first met and warmed up to each other, the two became "pretty inseparable," as Shepard told Good Housekeeping, and not long after, they got engaged, in December 2009.

3In 2012, they explained why they were waiting to tie the knot. 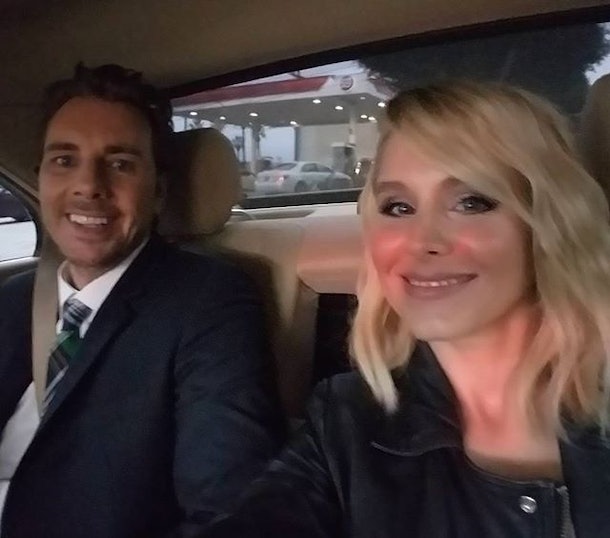 Bell and Shepard waited to tie the knot until there was marriage equality in the United States. "The reason we’re not rushing to get married is because I don’t feel appropriate taking advantage of a right that’s denied to my [gay and lesbian] friends," Bell told The Advocate.

Just because they weren’t getting married just yet didn’t mean there weren’t exciting things on the horizon.

On March 23, 2014, Bell and Shepard welcomed their first child, a daughter named Lincoln. Both parents announced the news in a typical hilarious way on Twitter, and it was clear that they were seriously excited.

To this day, Bell and Shepard don’t share photos of Lincoln’s face, staying dedicated to their mission of privacy for their kids, as reported by HuffPost. 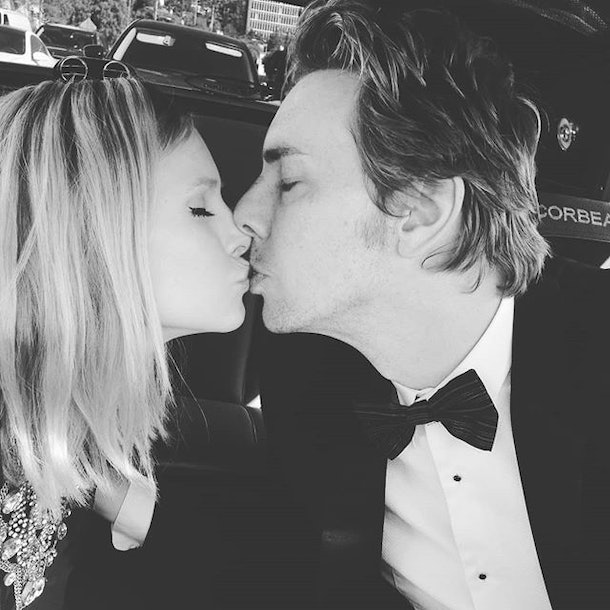 The couple’s wedding came after the Defense of Marriage Act was overruled in June of that year, proving Bell and Shepard stayed true to their word. After years of being engaged — and welcoming their daughter — Bell and Shepard headed to a courthouse in Beverly Hills to get married at an "extravagant" $142 ceremony, according to The Hollywood Reporter.

6They had their second daughter in 2014.

Bell and Shepard once again took to Twitter to announce the birth of their second daughter, Delta. Again, they’ve refrained from sharing too many photos of their girls, trying to keep them out of the public eye as much as possible.

7In 2015, they opened up about their therapy journey. 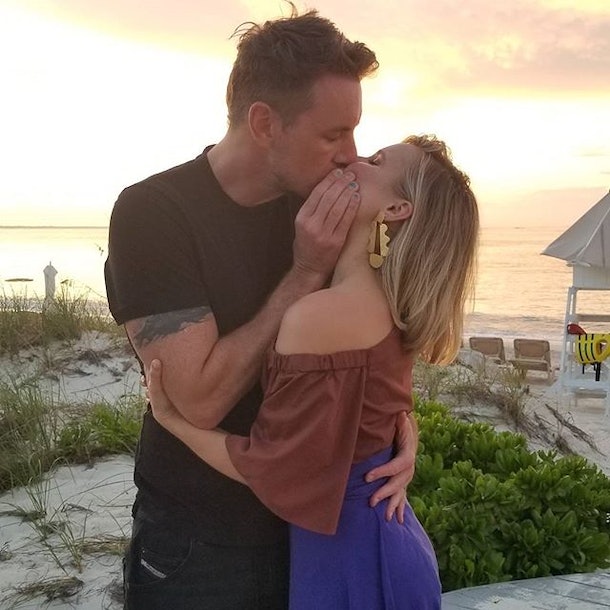 Opening up to Good Housekeeping, Bell and Shepard revealed that they kept their relationship fresh by going to counseling. "There may be something that really hurt your feelings that you’re scared to bring up," Bell explained. "Go talk about it with a therapist who can mediate. You’ll walk out of the room feeling like you’re [on the same] team. Dax helped me learn that I don’t have it all figured out. Sometimes that’s the greatest gift someone can give you."

8They clearly had an amazing Valentine’s Day this year. 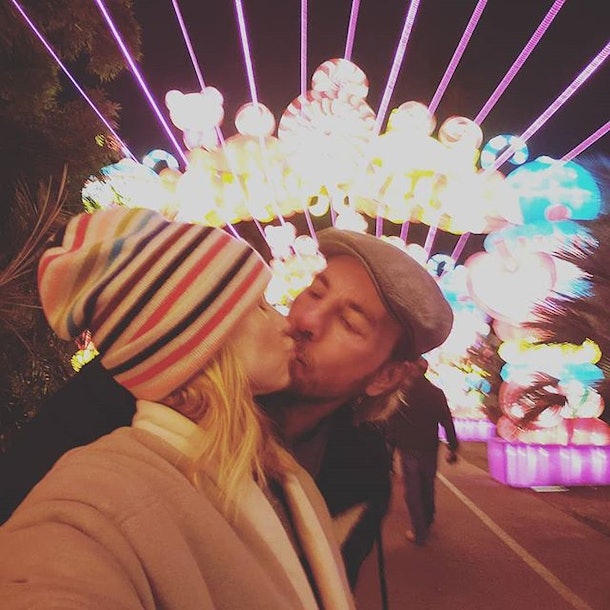 In honor of Valentine’s Day, Bell posted an adorable and hilarious series of photos of her and her bae, even pointing out that Shepard has a tattoo of a bell in honor of their marriage, as he hates jewelry.

Basically, they’re better than ever, and after more than a decade together, completely in love.

7When Bell celebrated Shepard’s sobriety, it was pure love. 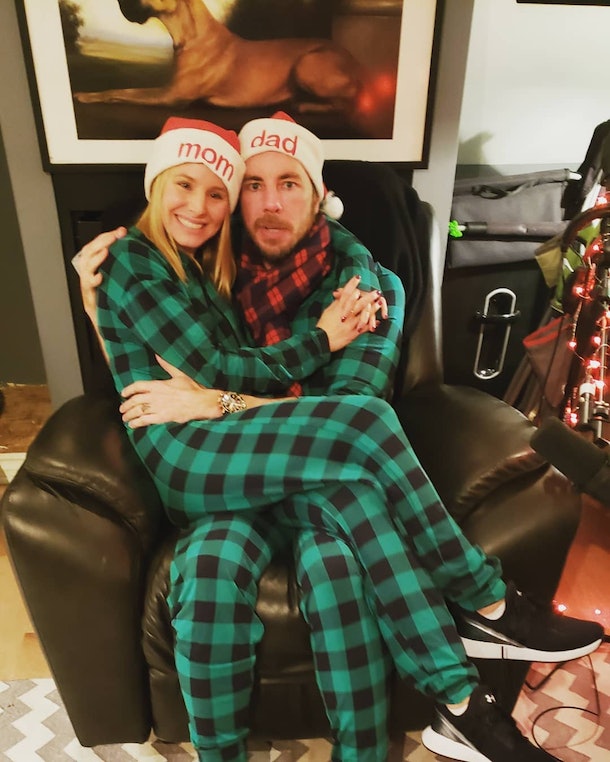 Merry holidays from your mom and dad!

In one of the Bell’s most touching Instagram posts, she took to the social media platform to congratulate her husband on his 14 years of sobriety. The long caption on the adorable slideshow read, among so many other beautiful things, "I know how much you loved using. I know how much it got in your way. And I know, because I saw, how hard you worked to live without it. I will forever be in awe of your dedication, and the level of fierce moral inventory you perform on yourself, like an emotional surgery, every single night."

It was poignant, and a beautiful reminder that living your best life isn’t always easy. Bell and Shepard are a great example of a couple working through tough times and coming out stronger than ever.

These two have been through a lot, and their journey might not have always been easy. (They weren’t even sure they liked each other after first meeting!) But with two adorable kiddos, amazing careers, and hilarious honesty about everything, Bell and Shepard are truly the epitome of relationship goals.