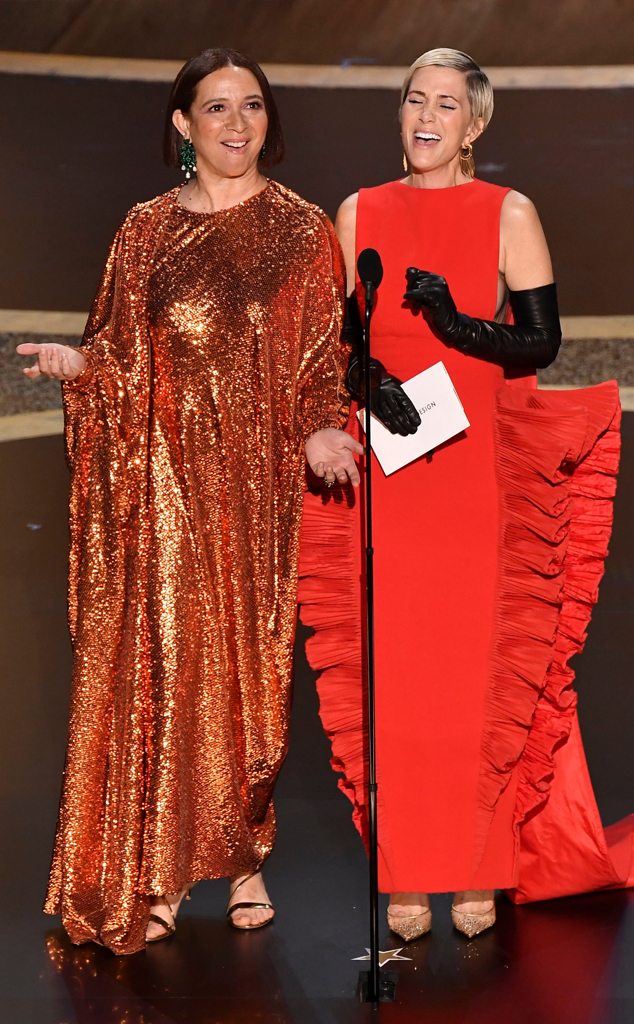 Another year, another baffling decision not to have a host of the Oscars.

Tonight, the 2020 Oscars were basically hosted by Steve Martin and Chris Rock, who opened the show with a monologue and then tossed it over to the first presenter Regina King, as a host would do.

“We’ve had a great time not hosting tonight,” Steve Martin quipped at the end of their “so and so is here tonight” bit.

Steve Martin and Chris Rock, both former Oscars hosts, would have done a fine job hosting again tonight, but what if we told you there’s another, better option, and their names are Maya Rudolph and Kristen Wiig?

The two SNL alums presented two awards together and proved for the thousandth time that they’re an unstoppable duo, and that it’s insane to look out upon a sea of talent that includes them and conclude that there’s no reason to have a host of the Oscars.

This trend of going hostless began last year, when Kevin Hart pulled out of the hosting gig after refusing to apologize for some old homophobic tweets. ABC and the Academy then decided to simply go on without a host, and they decided to do the same this year.

“It was so entertaining, it was filled with surprises. It was tight. And I think you saw the results of that with the ratings being up by double digits,” ABC president Karey Burke said of last year’s show during the TV Critics Association press tour in Janjuary. “And so we felt lucky to have such movies be nominated, but we are feeling like we are going to have a slate that is that commercially strong again this year, which is why we feel really confident in this decision.”

“The focus has been on the most entertaining show, and not the host,” Burke said, and we would like to point out that when you get the right hosts, they can really contribute to the entertainment factor of the show.

It feels wrong to have no host. It feels like a slightly lost, slightly haphazard award show with no one to bring things back to earth, or just to connect with us and keep us going when things get sluggish. It feels like the show has no personality. It feels like a show that has added extra three-minute montages before awards are announced, just because they’ve got that extra host time and host money.

Burke said that the decision of whether or not to have a host would be a decision based on the movies in the race and might change year to year, so we’d just like to start campaigning now for Rudolph/Wiig 2021.

Just imagine a world where Wiig and Rudolph did more than present the awards for production design and costumes with an elaborate bit about proving themselves as actors to all the directors in the room.

Imagine an entire Oscars show bookended by their faces, their joy, their tears—even their fake ones.

This also has precedence. Remember when Andy Samberg and Sandra Oh presented together at the Emmys in 2018, and then they became the absolutely perfect hosts of the Golden Globes in 2019? That could happen here too!

In the past 30 years, only three women have hosted the Oscars: Whoopi Goldberg, Anne Hathaway (with James Franco), and Ellen DeGeneres. Imagine bringing that number from three to five in just one show!

We’re ready to partaaaay, Academy, and we think you are too.