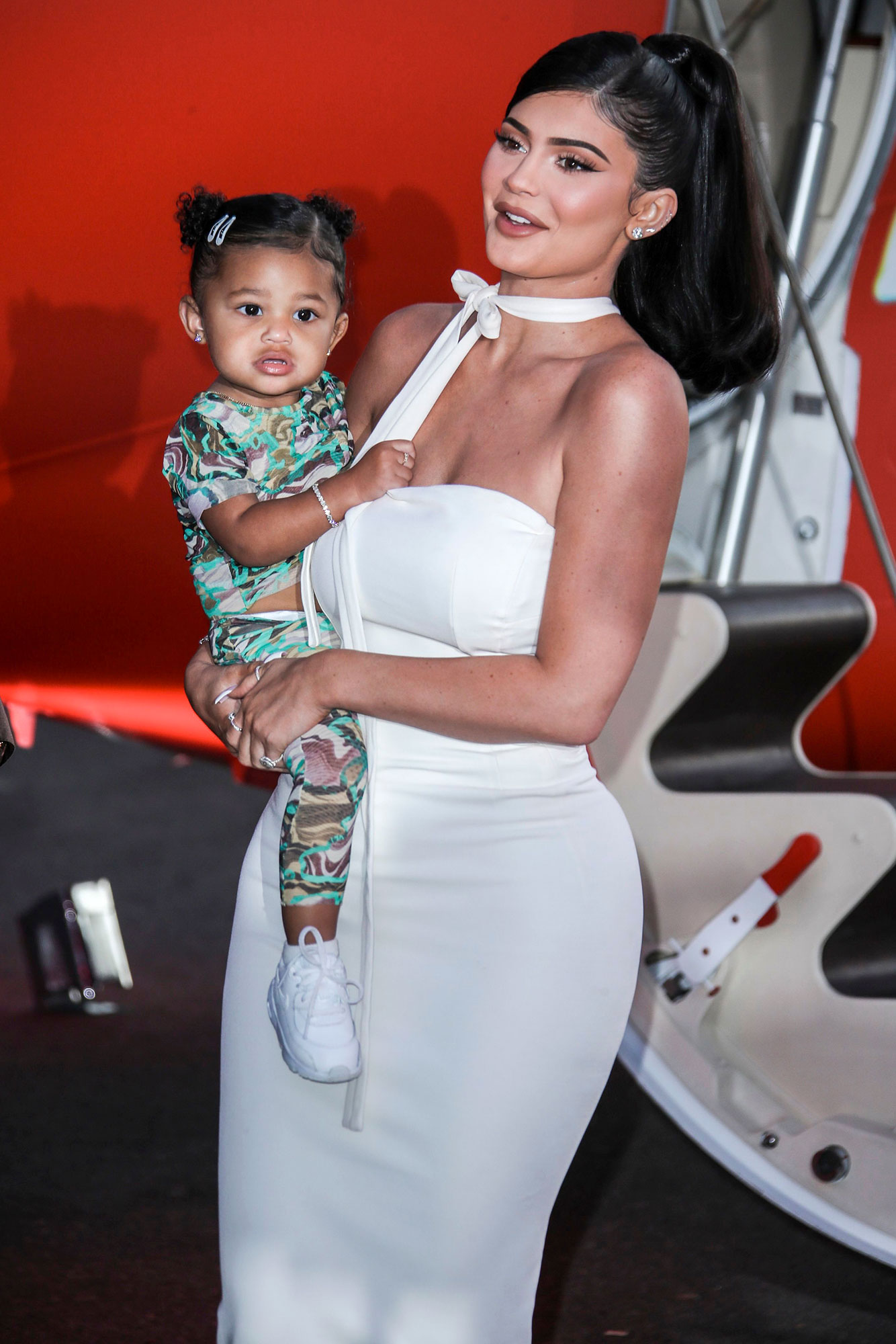 Mother-daughter bonding time! Kylie Jenner spent a good portion of her weekend getting in some quality time with her 20-month old daughter, Stormi Webster.

The Kylie Skin founder, 22, took to her Instagram Stories on Saturday, October 12, to give her followers an inside look at the edible haunted house she and her little one crafted together. “Stormi and I made a haunted house today,” she declared on the photo-sharing app.

The Keeping Up With the Kardashians star went on to add that the structure, which appears to have a chocolate cookie base, was “built by mommy [and] decorated by Stormi.” She also included “lol” and a pair of black heart emojis. 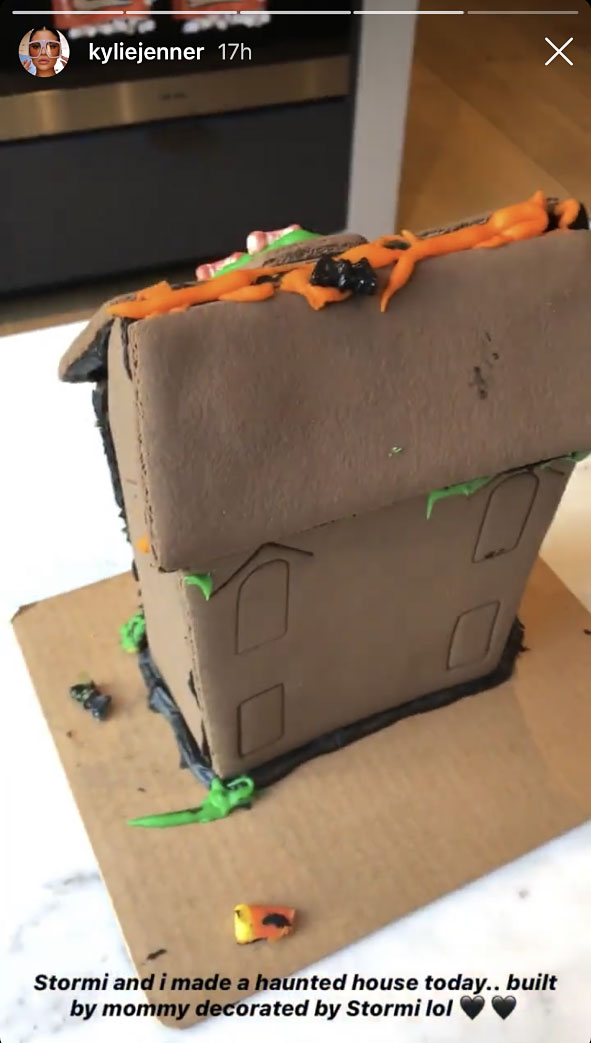 Per Jenner’s Instagram Stories, the front of the edible edifice is decorated with a mixture of black, green and orange frosting, candy corn and other spooky treats. More specifically, Stormi used the various colored frostings to outline many of the house’s windows and doors and decorate a portion of the roof.

The toddler also cleverly employed the green icing to create grass along the bottom edge of the cookie mansion. Candy corn and an array of other themed treats lined the “grass” and added some flair to the windows and roof. 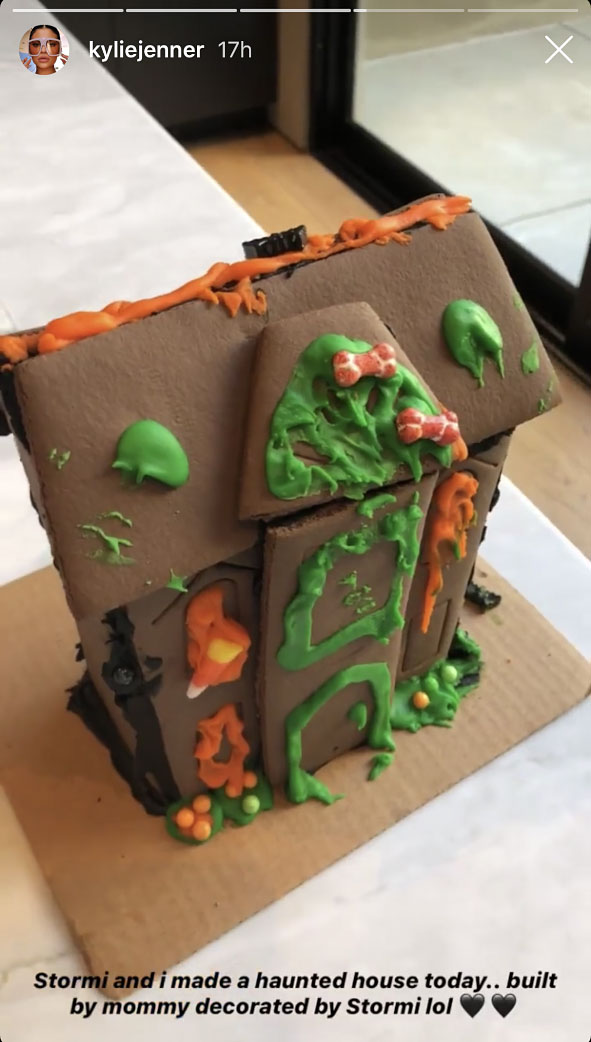 This seasonal (and tasty!) activity is just one of many fun experiences Stormi has had since her dad, Travis Scott, and Jenner split up earlier this month. Scott shared an Instagram Story on Sunday, October 13, that showed his little girl dancing along to one of his songs as the music video played on a nearby phone. In the clip, Stormi bounces up and down and waves her arms, clearly happy to be hearing one of her dad’s tracks.

Us Weekly confirmed that Scott, 28, and the Kylie Cosmetics founder recently split after more than two years together. Shortly after the separation, a source shared that the former couple plan to have 50/50 custody of their daughter, adding that custody is “not a point of contention” for the pair.

“It’s really whatever is best for Stormi,” the insider added at the time. “Travis knows what an incredible mom Kylie is and will make whatever situation work.”

Another source noted: “Travis still has a lot of love for Kylie and respects her as a mom. He will be very involved in Stormi’s life.” Judging by Stormi’s fun-filled weekend with both of her parents, Jenner and Scott have this coparenting thing down pat!