In a further sign of confidence flooding back to Sydney’s performance industry, Opera Australia has unveiled a packed schedule for 2022, relying heavily on crowd-pleasers to fill seats in a period when international visitors will probably still be in short supply.

For the Sydney summer, artistic director Lyndon Terracini has programmed five operas plus this year’s Opera on Sydney Harbour, The Phantom of the Opera, and an extensive run of “Great Opera Hits” concerts.

“I’ve put it together differently this time,” said Terracini. “Usually, we do about four operas and a lot of performances mainly for tourists so we can pack in as many people as possible. This year there are more operas but fewer performances.” 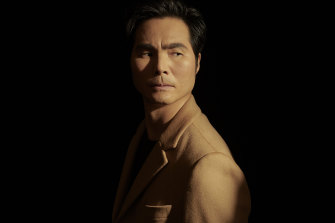 In what has become an Opera Australia tradition, the season will kick off with Gale Edwards’ La Boheme. However, this will be the last time the much-loved production will be seen on the Joan Sutherland Theatre stage. By the time the curtain comes down on February 4, it will have played more than 180 times.

“I love the production and it has served us very well,” said Terracini. “It has also been a great way to introduce singers to our public but there comes a time when you feel you’ve got as much out of a production as you can – and I think everyone has seen it now.”

Opera Australia will introduce a new production of Puccini’s evergreen opera in 2023. Perhaps controversially for some traditionalists, Terracini revealed the new version would join the company’s growing stable of digital productions.

South Korean tenor Yonghoon Lee will sing the title role in Otello in February opposite Karah Son’s Desdemona in Verdi’s great romantic tragedy. The production was originally slated for this year but fell victim to the pandemic.

“We rehearsed it right up to when we were going on stage and then we had to stop,” said Terracini. “I was in the rehearsals and he will be the great Otello of our time. He has the voice for it but the way he acts is also incredibly passionate and committed.”

Verdi’s Attila was another production badly affected by COVID, managing only two performances in 2020 before being shut down. The Davide Livermore production will return to the Sydney Opera House as one of the highlights of a winter season that also includes a new, digital Il Trovatore and Graeme Murphy’s well-received Madama Butterfly.

Meanwhile, Melbourne-born soprano Stacey Alleaume will make her in-theatre debut as Violetta in Opera Australia’s Melbourne season, following her triumph in the role in this year’s Opera on the Harbour production of La Traviata .

“Stacey Alleaume is truly becoming a shining star on opera stages all over the world,” said Terracini. “It’s important she makes her in-theatre debut as Violetta in the town where she was born and bred.” 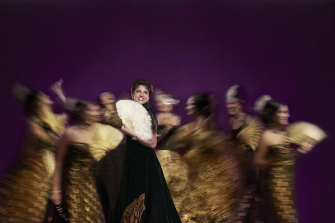 Stacey Alleaume, who will make her in-theatre debut as Violetta in La Traviata next year.Credit:

“Lohengrin is really an Italian opera with German text,” said Terracini. “Wagner was a great fan of [Sicilian composer] Bellini and there are fantastic recordings of, for example, Mario Del Monaco, singing it – so I think it will be really exciting with Roberto and Marco, who is one of the great villains.”

Legendary Italian bass Ferruccio Furlanetto will visit the State Theatre for two concert performances, including a one-night showcase of the 72-year-old’s extraordinary career.

“It will really be a summation of his 50 years,” said Terracini. “It starts with some Brahms, Mussorgsky and then snippets of the roles that have made him famous.”

Terracini said it had been a complex logistical challenge to rebuild the 2022 season after the disappointment of losing more than a thousand performances during the pandemic.

But he had been heartened by the eagerness from international singers and conductors to return to the Sydney Opera House as well as the support received from patrons.

“So many of our loyal audience have said, ‘Look, I don’t want my money back on my tickets. I’ll transfer to next year’,” he said. “I want to give them more in our season than they have had for some time.”