From a return to form for La Roux to young virtuoso Daniil Trifonov's take on Rachmaninov's works for piano and orchestra, our critics have your music choices for this week sorted.

What started as a synth-pop duo in 2006 is now a solo project belonging to the woman whose fiery orange quiff is synonymous with the genre's most celebrated songs. La Roux, aka Elly Jackson, may always be tied to hits like Bulletproof and In for the Kill, but her third studio album is making a case for what she has to offer today.

While her second album – a Balearic catastrophe marred by the duo's breakdown – is best left forgotten, it was an indispensable lesson on the road to Supervision.

Here, the English star returns to glittery textures that fuse disco, pop and powdery synths. There is a sense not only of relief but of catharsis in moments on 21st Century, International Woman of Leisure and He Rides. Here the listener is granted access to Jackson's happiness – something that she has admittedly struggled with for years. 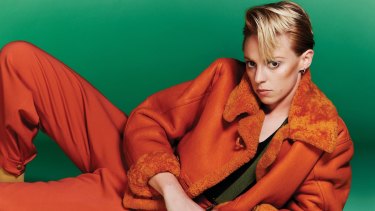 Gullible Fool brims with '80s whimsy, an anti-love anthem pulsing with feminine strength, and Automatic Driver sees her at play in the land of language. This is a new and halcyon vision, one that sees Jackson shed any urgency to reach the dizzying heights of 2006 while eschewing trends and expectations. La Roux has found her voice again.
KISH LAL

This album's existence was written in the stars. Having made music together in myriad groups across three decades, tenor saxophonist Julien Wilson, pianist Mike Nock, bassist Jonathan Zwartz and drummer Hamish Stuart have finally formed a quartet.

All four contribute compositions to this debut, lending it such range that the fraught, euphoric, challenging, rewarding business of being human really seems to have been condensed into music. The intensity of collaboration makes the pleasure that they share in each other's playing palpable, giving the results a singular glow (amplified by impeccable production).

This radiance, most obvious in Wilson's sound, is just as evident in Nock's open-hearted lyricism, and in the way Zwartz and Stuart, as complete a rhythm section as Australia has produced, narrow and expand the statement of the grooves. While Nock's Old's Cool sounds rather like a rope-in from another project, the rest coheres superbly, with Zwartz's limpid And in the Night Comes Rain leading to the bluesy lope of Wilson's Riverside, and Stuart's haunting Any Heart leading to Nock's simultaneously sad and playful Aftermath. They launch it at the Australian Institute of Music, February 8.
JOHN SHAND

This is the third of three albums of all Rachmaninov's works for piano and orchestra by young virtuoso Daniil Trifonov. The first had Rachmaninov's sets of variations, and the next two the concertos under the titles Destination Rachmaninov: Departure and Arrival.

As Departure had the second and fourth concertos, this one has the first and third, often cited as perhaps the most technically challenging in a pianist's repertoire. One would never imagine that from Trifonov's sumptuous live performance, which ranges from explosive brilliance to nuanced intimacy.

The first concerto, like the fourth, is under-performed – understandably, given the popularity of the middle two – yet hugely exciting, filled with energy and panache. The pianist and brilliant young French-Canadian conductor Yannick Nezet-Seguin ride a roller coaster, barely holding on.

All the concertos are recorded with Rachmaninov's favourite American orchestra, the Philadelphia, with whom the composer premiered the fourth some nine decades ago, and this 21st-century partnership is richly rewarding.

The album is filled out with Trifonov's own silvery transcription of The Bells, a choral work, and of the famous Vocalise.
BARNEY ZWARTZ

Green Day
FATHER OF ALL… (Reprise/Warner)
★★

"Glorious anarchy". "Dirty and messy". "Everything else is fake". If you believe the soundbites coming out of Billie Joe Armstrong's mouth of late, you'll be expecting a lot of his band's 13th album.

Prepare to be let down, because the talk does not match the walk by quite some distance. The title track does not sound like glorious anarchy, but a re-heated plate of leftovers left lying around by the White Stripes. If someone told you I Was a Teenage Teenager was a Weezer B-side you wouldn't blink, while Fire, Ready, Aim is the Hives in everything but name – even the declamatory title sounds like it could have been cribbed from the manic Swedish garage-rockers. 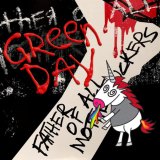 On much of the album Armstrong's vocals are compressed and tweaked, while the slabs of crunchy guitar and production gloss make most of the record hard to distinguish from any other commercial, modern rock.

They momentarily shake off the shackles on Stab You in the Heart and Sugar Youth, suddenly remembering they can still play like pop-punk brats. But when an album clocks in at under half an hour, with only three songs breaking the three-minute barrier, this should sound a whole lot livelier than it does.
BARRY DIVOLA