A group of prominent Labor members, including a former deputy prime minister in the Hawke government, have united to back a female candidate in the seat of Melbourne at the next federal election, in a bid to win back the electorate it lost to the Greens more than a decade ago. 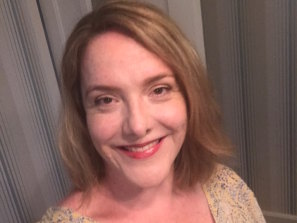 A group of prominent Labor members are backing Emma Dawson for the seat of Melbourne.

In an open letter, signed by 14 well-known members, state conference delegates Mr Gardiner and Ms McCalman have called for members to submit an online endorsement.

“Emma has a very real chance of winning Melbourne back for Labor: a fluent speaker, she has a wide command of policy,” the letter says, going on to list her interests including “climate change, economic and social reconstruction [and] the care economy”.

“She has emerged as one of the outstanding thinkers on the left outside Parliament. She can lead Melbourne back to Labor if we mobilise a strong grassroots campaign,” the letter says.

As part of Labor’s internal deals, the electorate of Melbourne has been carved out to the Socialist Left, but the faction’s hopes of winning the seat at elections have been squashed over the years. Labor’s margin has continued to plunge since losing the federal seat to the Greens in 2010, with Adam Bandt sitting on a comfortable 21 per cent margin. Mr Bandt received almost half the first-preference votes in 2019.

Labor’s campaign for the seat at the last federal election was derailed when candidate Luke Creasey was forced to withdraw after social media posts emerged showing him engaging in inappropriate jokes about rape, lesbians and Catholics.

Ms McCalman told The Age the push to back Ms Dawson was not factionally aligned, but she believed Labor could wrest the seat with a strong grassroots campaign. Ms McCalman, who co-edited What Happens Next: Reconstructing Australia after COVID-19 with Ms Dawson, said it was great “someone of her capacity is prepared to take the risk of going for a non-safe seat.

“People [of her calibre] want a safe seat tied up. But if we’re going to serious about good politics, people have got to be prepared to take on the tough jobs, and she’s prepared to do that.” 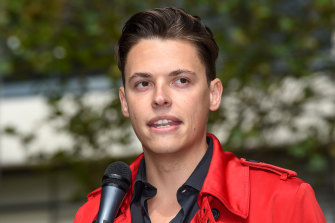 Previous candidate Luke Creasey was forced to withdraw over a series of social media posts.Credit:Justin McManus

The next round of federal and state preselections will be controlled by Labor’s national executive after the Victorian branch was placed into administration following an Age and 60 Minutes investigation that revealed industrial-scale branch stacking.

Voting rights have been suspended until 2023, covering the next state and federal elections, and unions and factional powerbrokers usually influential in preselections have been frozen out.

The group of members backing Ms Dawson argue their push for her to be preselected is within the rules set down by the party for candidates.

”As you know, the federal intervention into branch stacking in the Victorian ALP has resulted in members being barred from voting in preselections perhaps until 2024. Meanwhile, preselections for the next federal election are being made by the factions for recommendation to the federal executive. This does not mean that we cannot have a voice,” they said.

“This is an informal grassroots call and entirely within the state party rules. It is not a vote.”

Factional powerbrokers usually hand-pick their candidates, and while it is possible for Labor members such as Ms Dawson who are not factionally aligned to get preselected for non-safe seats, the process has been made difficult because the Victorian branch has been placed into administration due to the branch stacking allegations.

Ms Dawson said she was honoured to be backed by local branch members, and that all political contests should be argued on the merits of policy and candidates’ visions for the country. “I don’t underestimate the challenge of taking on an incumbent with more than a decade in the seat, but if I were to be given the opportunity to run at the next election, I would be in it to win it,” she said.

During election campaigns, political parties make decisions on where to direct resources and funds based on their likelihood of winning, or focus on seats they are at risk of losing. Over the years, given Greens leader Mr Bandt’s increasing margin, Labor has not focused heavily on Melbourne.

Ms McCalman acknowledged party headquarters were unlikely to direct funds to the seat, but other Labor sources have told The Age there is a growing belief internally that there has been a shift to major parties as a result of the coronavirus pandemic. 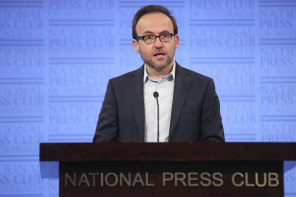 Greens leader Adam Bandt is sitting on a comfortable 21 per cent margin in Melbourne.Credit:Alex Ellinghausen

A source said traditional minor-party campaign pitches such as “send a message” are less likely to resonate with the public given the global crisis.

There could be a push internally to put resources into winning back Melbourne at the next election given Labor’s recent record in wresting the state seat of Northcote in 2018 (won by the Greens in a byelection) and substantially increasing its margin in the federal seat of Cooper (which it was at risk of losing to the Greens before the last election when it sat on a 1.3 per cent margin).

The next federal election could be held as early as July and no later than March next year, while Victorians go to the state polls in November next year.

The federal takeover of the Victorian Labor Party, including the suspension of thousands of members’ voting rights, is being challenged by a group of trade unions as well as Marlene Kairouz, the member for Kororoit.

Mr Bandt won the seat of Melbourne from Labor in 2010 but the Greens have struggled to expand their presence in the lower house at the past three federal elections. Mr Bandt is banking on a small swing against the Morrison government, which would be enough to force Labor into negotiations with the Greens to form minority government.