On Thursday Page Six reported that OnlyFans star Stefanie Gurzanski, who goes by Baby G on the sexy subscription-only site, claimed that her ex sexually assaulted her — and then bought her $70,000 worth of Louboutins as a “peace offering.”

But power lawyer Patty Glazer refuted the claims to Page Six, saying Gurzanski couldn’t possibly have had a bad experience with her client, timeshare mogul Stephen Cloobeck, because months after the alleged assault, she gave him cookies for his birthday adorned with the words “The Sweetest Human We All Know” — and featuring an edible photograph of herself in a bikini.

They say they came with a note that said, “Every day that goes by gives me another reason to love you. You teach me, you love me, you care for me in ways I have always wished a man would. When I think of you I see the happiest loving man that I respect and can’t see myself without. You make me a happier person and I hope I can express myself through my actions and words enough to show you how much I truly am thankful for you and adore you. I love you Baby. Happy Birthday My Love.”

Gurzanski, who has nearly 2 million OnlyFans followers, met Cloobeck in July 2020 and the pair dated for five months. 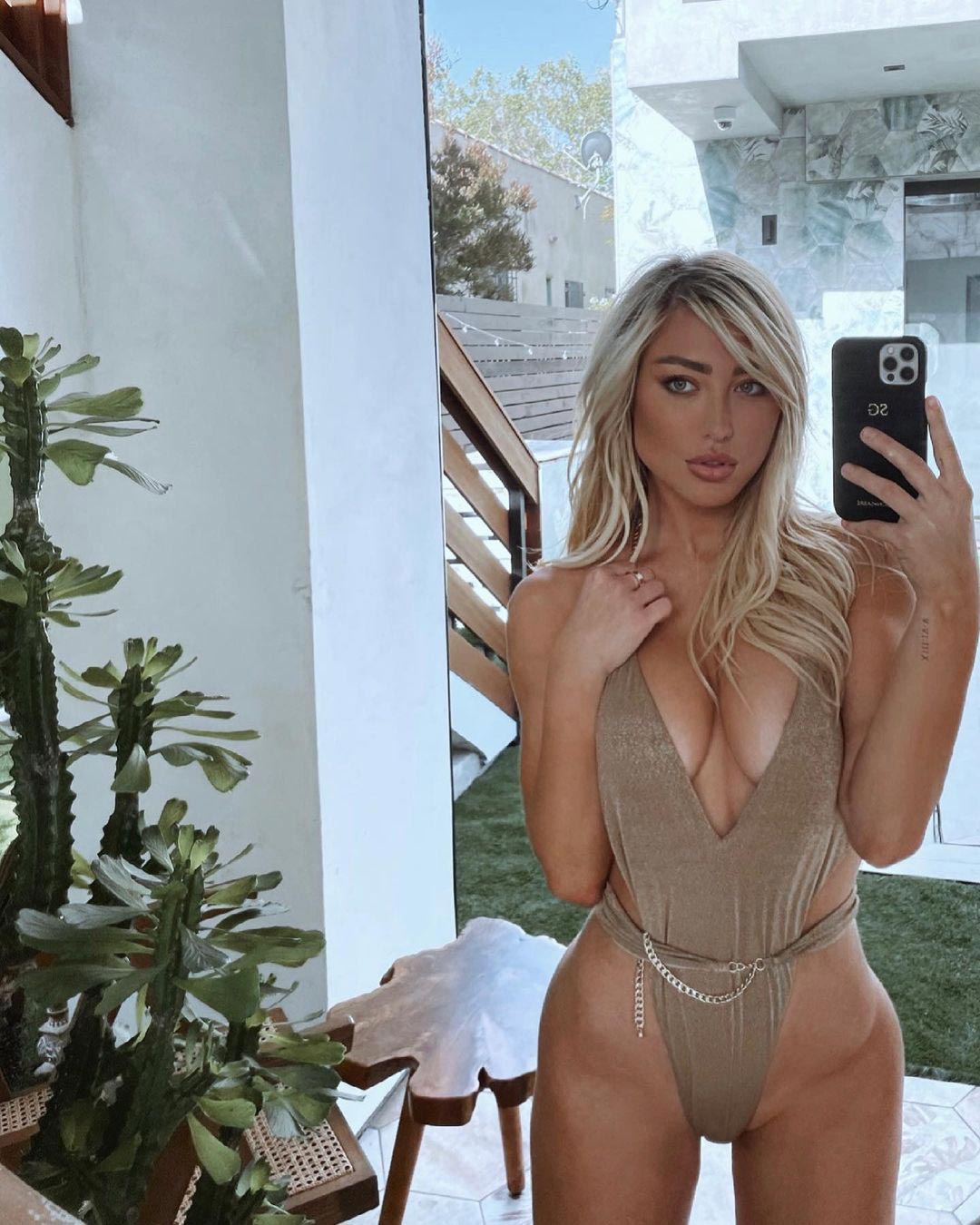 Meanwhile, Gurzanski counter-sued last week, claiming that she broke up with Cloobeck because he repeatedly demanded that she stop posting on OnlyFans and that he began harassing and intimidating her after the split. She also claimed in court papers that he sexually assaulted her at his home the first time they met by grabbing her and putting his head between her legs without her consent.

Responding to Glazer’s comments, Gurzanski’s attorney, Arthur Barens, told us, “Her statements are consistent, accurate, and will be proven.”

As for the cookies and the lovey-dovey note, he said, “I have no doubt that she did love [Cloobeck] at one time, when he was acting normally.” He suggested that it was only after the businessman — as she claimed in court papers — began hounding her about leaving OnlyFans and then started to harass her that she realized his true character.

In her lawsuit, her attorney explained her affection for Cloobeck in spite of the alleged assault by saying, “Unfortunately for Ms. Gurzanski, she was not prepared to deal with the emotions and consequences of Cloobeck’s vile act, and like many abused individuals who do not believe that they could have been in such a situation, she did her best to rationalize and excuse what happened.”