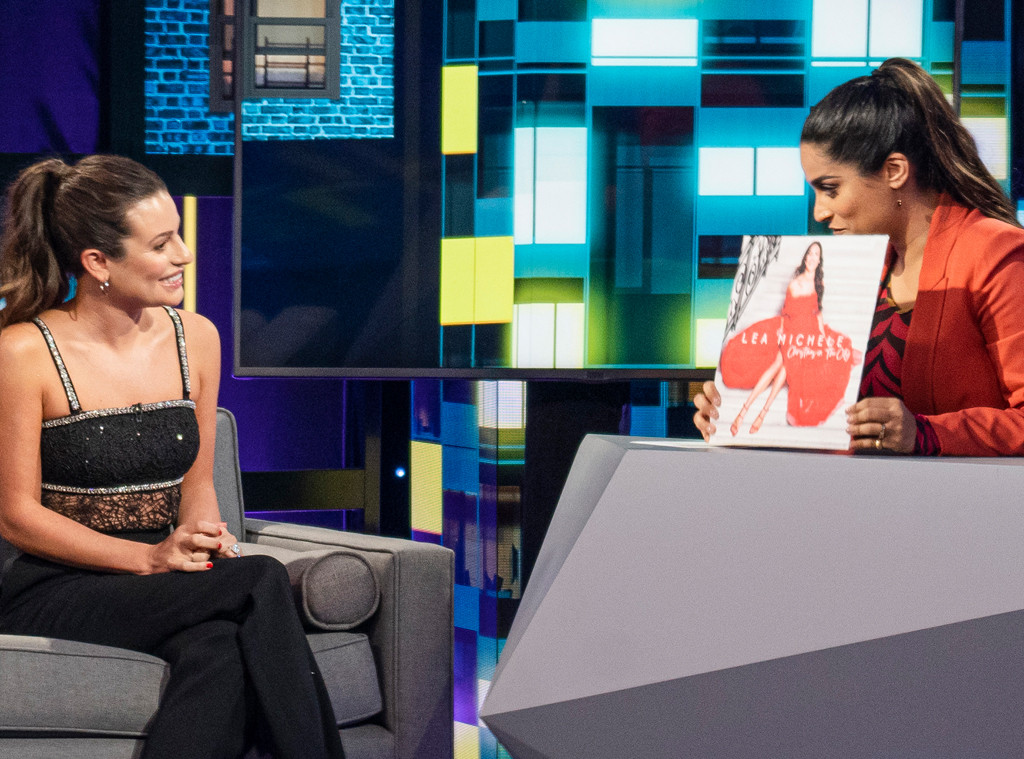 Leave it to Lea Michele to have a musical supernatural experience.

While on the topic of ghouls during an appearance on A Little Late With Lilly Singh, the Glee alum revealed that she was once haunted by a singing ghost. “I feel like a lot of people say, ‘Yes, I saw a ghost,'” the newly married star told host Lilly Singh. “But I really, truly had a ghost in an old apartment that I lived in New York.”

Just as all of the ghost stories begin, Michele heard a loud, mysterious noise coming from her upstairs. “I’m like, ‘Okay, that was really spooky,” she recalled. “It was, like, a windstorm, so I’m like, ‘The window must have just blow open.’ I go upstairs, nothing. It’s silent. Nothing is out of place.”

And at this point in her spooky story, she had both Singh and fellow guest Justin Hartley on the edge of their seats.

Connecting the dots, Michele said that the spirit found other creepy ways to make its presence known.

“And then, also weirdly, I would hear someone singing in the apartment,” she recalled. “And then I left. I’m like, ‘I’m outta here!'”

Watch Michele describe the eerie encounter in the video above—but you’ve been warned!

(E! and A Little Late With Lilly Singh are both part of the NBCUniversal Family.)