Leigh-Anne Pinnock is sticking up for herself.

During her 30th birthday bash on Saturday, the Little Mix singer teared up while giving a speech in defense of her “character.”

Pinnock got emotional while seemingly addressing the recent drama between herself, Nicki Minaj and ex-bandmate Jesy Nelson.

The singer’s fiancé, Andre Gray, stood by her side the entire time, while her family and friends erupted into applause.

Minaj alleged that Pinnock had “selective outrage” over Nelson, who was accused of blackfishing in the music video for her debut solo single, “Boyz.” The track and music video both feature Minaj.

“One more thing, in my story, I just posted your friend, you under her pictures talking about ‘werk?’” Minaj said in a video specifically referencing a comment Pinnock left on Nelson’s pics prior to the drama.

“Stop using this fake selective outrage when you guys have personal vendettas against people,” she added.

Blackfishing is a form of cultural appropriation in which a non-black person intentionally tries to appear darker by use of spray tans, makeup and hairstyles.

Nelson apologized for potentially offending anyone during Minaj’s Instagram Live.

“I personally want to say that my intention was never, ever to offend people of color with this video and my song because like I said, growing up as a young girl, this is the music that I listened to,” she said. “These are the videos that I watched and thought were the best.”

“For me personally, ’90s R&B were the best years in music,” she continued. “I just wanted to celebrate that.” 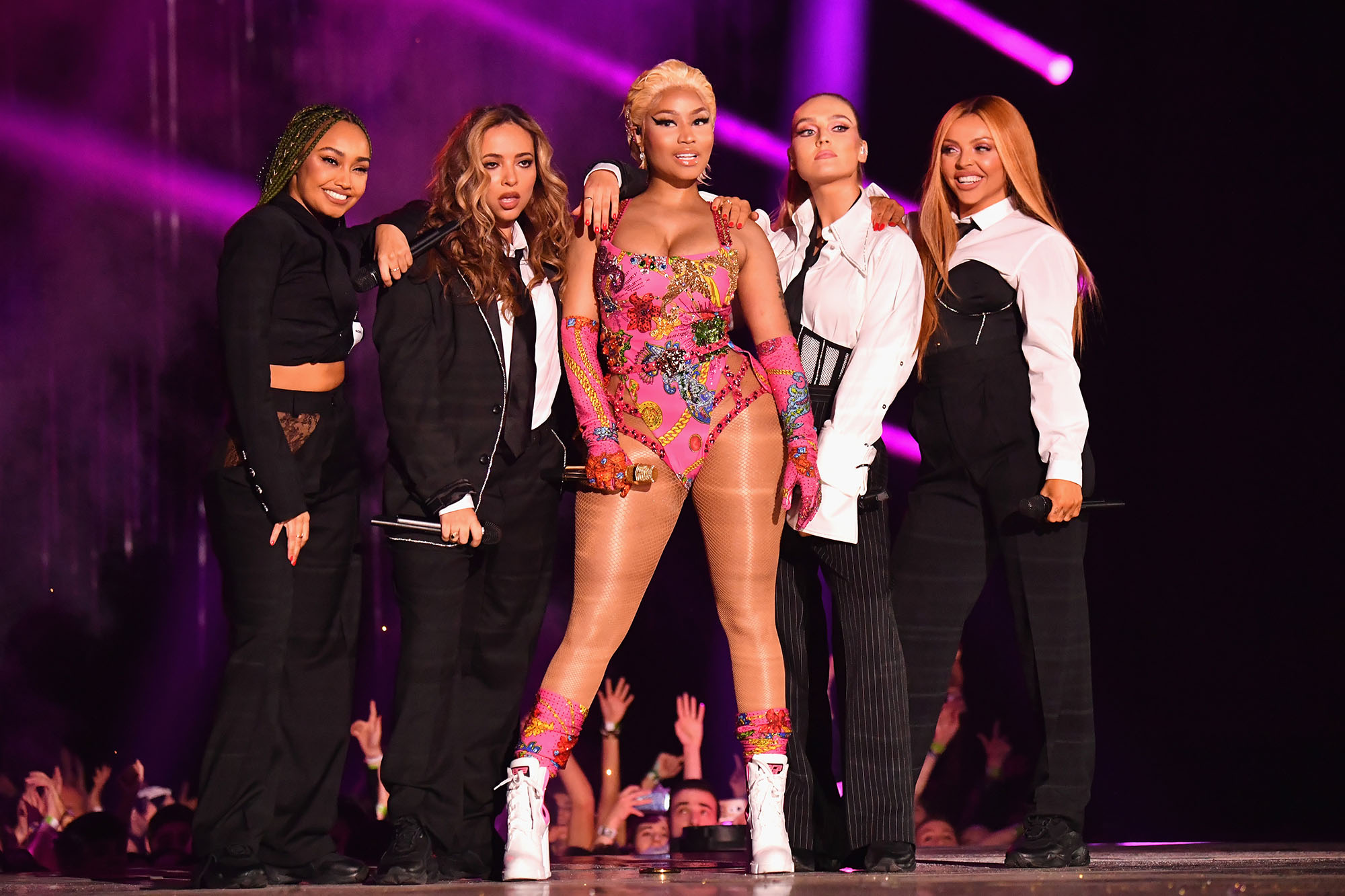 Pinnock and the rest of Little Mix — Perrie Edwards and Jade Thirlwall — quietly unfollowed Nelson on social media amid the backlash.

It appears Minaj and Nelson have yet to respond to Pinnock’s latest dig, or the one made by her fiancé at the party.