During a Wednesday appearance on Watch What Happens Live With Andy Cohen, Lenny Kravitz reacted to Zoë Kravitz and Nicole Kidman working together on HBO’s Big Little Lies. For those wondering why he would care about his daughter working with Kidman, well, Lenny and Kidman were once engaged, so it could potentially be awkward for the singer to watch Zoë work with his ex-fiancée. That said, the "American Woman" musician made it clear on the late-night Bravo talk show that he completely supports Zoë and Kidman as coworkers.

A caller phoned into WWHL and asked,

He avoided the latter part of the question, but as for the former part, Kravitz responded with nothing but support for both Zoë and Kidman. He said,

He then paused for a bit, before adding, "And that’s about it."

The Grammy-winning artist didn’t stop there, but also revealed that despite the past, all three of them remain on good terms. "Some things just don’t work, but the wonderful thing is that we’re all friends," he said.

Back in the early 2000s, Kidman and Lenny were romantically linked. There were also rumors the two were engaged, but it took about 13 years for the engagements reports to be confirmed.

In a February 2017 interview with The EDIT, Kidman opened up about Zoë, all while revealing she really was engaged to the actor’s father. "Well, I knew Zoë because I was engaged to her father. It’s all in the family! I love Lenny; he’s a great guy," she said.

As for Zoë, in June 2017, she also reminisced about Kidman and what she was like back in the day with The EDIT (via Entertainment Tonight). "I hadn’t seen her in a long time before Big Little Lies, but there was a point where we were all kind of living together," she revealed. "I was about 13, and she would take me to see movies; she was so nice to me." 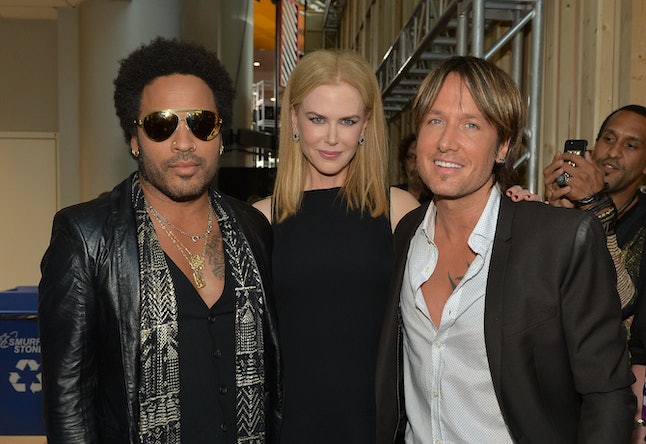 Zoë also spoke about Kidman with ET in November and joked, "I mean obviously me and Nicole are meant to be in each other’s lives in one way or another. So, I’ll take it however it comes."

As reported by Us Weekly in 2013, after Kidman’s divorce from Tom Cruise in 2001, she reportedly rented Lenny’s New York City apartment in the summer of 2003. Following that news, the stars apparently started dating.

In October 2003, Kidman’s spokeswoman Leslee Dart told People about Lenny and said, "They’re very close. He’s very important to her. Beyond that, I don’t know." Us reported the two split in early 2004, but nothing was ever confirmed. Also, Lenny’s song "Lady," which was also released in 2004, was rumored to be about Kidman. 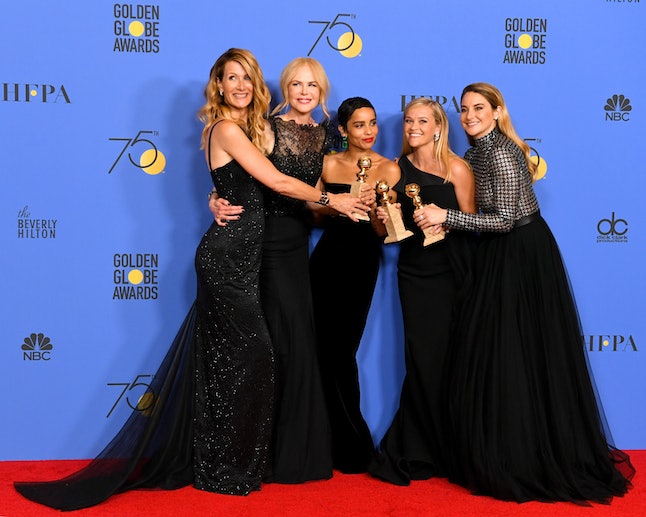 In a 2007 chat with Vanity Fair, Kidman opened up about previously getting engaged to someone else between her breakup with Cruise and before marrying Keith Urban in 2006. In addition to Lenny, the Oscar-winning actor was also linked to billionaire Steve Bing around the same time, so keep that in mind regarding the following response. "I get engaged, and I get married — that’s my thing," she said. Then, without naming names, Kidman explained about why she didn’t get married then, "It just wasn’t right. I wasn’t ready. We weren’t ready."

It’s been well over a decade since Kidman and Lenny were romantically involved, and it’s nice to know that after all this time they both continue to have nothing but respect for one another.