Just as fan anticipation was mounting for Batgirl, the first solo film for the DC Superhero featuring actress Leslie Grace as the first Afro-Latina to fill the caped crusader’s boots, Warner Brothers suddenly pulled the plug on the project.

Initially slated for release on HBO Max later this year according to The Hollywood Reporter, Batgirl was scrapped amid a changing of the guard at Warner Brothers with new CEO David Zaslav reportedly prioritizing cost-cutting measures and refocusing the studio toward theatrical-only releases over streaming properties. The film, which reportedly cost $90 million to make, had already completed filming.

The move has left the DC fan community reeling, and understandably has disappointed the 27-year-old actress who took to Instagram to thank her fans for their support. 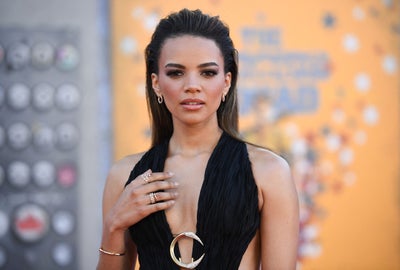 “On the heels of the recent news about our movie Batgirl, I am proud of the love, hard work, and intention all of our incredible cast and tireless crew put into this film over 7 months in Scotland,” Grace wrote on the social platform, sharing never-before-seen behind-the-scenes photos of her filming while in-costume. “I feel blessed to have worked among absolute greats and forged relationships for a lifetime in the process!”

“To every Batgirl fan – THANK YOU for the love and belief, allowing me to take on the cape and become, as Babs said best, ‘my own damn hero!’
#Batgirl for life!”

Grace, who is Dominican and born in The Bronx, NY, was the first Afro-Latina actress to fill the role of Barbara Gordon/Batgirl, and only the third Latina ever to be cast in a DC superhero property. She first gained notoriety for her role as Nina Rosario in the 2021 film adaptation of Lin Manuel Miranda’s play In The Heights.

“It’s such a thing, we haven’t seen a lot of Latino superheroes, or actors of Latin descent within the superhero world,” she told E! News of her excitement for the film back in April.

Batgirl was set to co-star Michael Keaton, reprising his role as Bruce Wayne/Batman for the first time since 1992′ Batman Returns, and J.K. Simmons as her father, Commissioner Jim Gordon. Sources report to New York Post that the cast was not informed that the film would be shelved before the media, so they each found out at the same time as the general public.