The royal and the real-life Alice in Wonderland: Expert sheds fresh light on the bond between Queen Victoria’s son Leopold and Lewis Carroll’s muse and says the prince’s wife was ‘jealous’

The intriguing relationship between Queen Victoria’s son Prince Leopold and Alice Liddell, the woman who inspired Lewis Caroll’s Alice in Wonderland, is being re-examined in light of a personal letter going on display for the first time.

Prince Leopold, the eighth of Victoria and Albert’s nine children, met Alice Liddell while he was an undergraduate student at Christ Church, Oxford, where her father was the dean. Carroll, who some biographers believe wanted to marry Liddell, was a mathematics don at the college.

Although Queen Victoria would have disapproved of any match between her son and a woman of a lower social class, questions remain over whether Leopold and Alice were romantically involved.

Jake Fior, a collector of material relating to the Alice books, is among the experts who believes the prince did have feelings for Liddell and carried a flame after they were both married to other people. 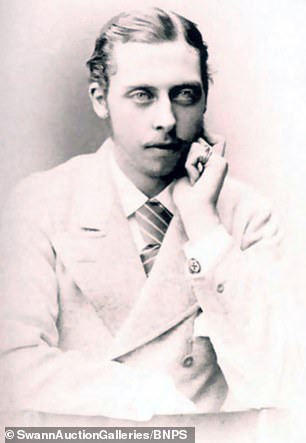 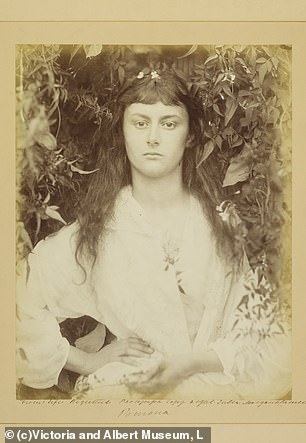 The intriguing relationship between Queen Victoria’s son Prince Leopold (left) and Alice Liddell (right), the woman who inspired Lewis Caroll’s Alice in Wonderland, is being re-examined in light of a personal letter going on display for the first time

Speaking to The Times, Mr Frior referenced a letter, now in his collection, that was sent from Leopold to Alice in 1883 in response to her request that he be godfather to her son, who was named in his honour.

It reads: ‘It is very good of you asking me to be godfather to your boy, and I shall have great pleasure in being so. Please let me know what his names are to be, and the date of his christening though I fear it would be impossible for me to be present.’

Mr Frior notes Leopold’s decision to excuse himself from the christening was unusual because he did not yet know the date and so couldn’t have had another engagement planned.

Instead he believes the prince was prevented from going because his wife, German aristocrat Princess Helena of Waldeck and Pyrmont, whom he had married the previous year, would have been ‘jealous and it would get people talking’. 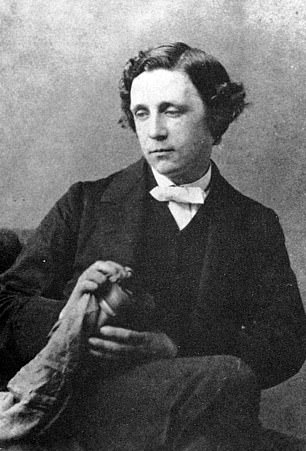 He added Leopold might have been dissuaded by Queen Victoria, who would not have approved of her son maintaining a relationship with Liddell.

The letter is going on public display for the first time as part of the Victoria & Albert Museum’s exhibition Alice: Curiouser and Curiouser, which is due to open in March.

Prince Leopold also wrote to Alice on the eve of her 1880 wedding to Reginald Hargreaves, a county cricketer who had also been a student at Christ Church.

Leopold sent a photograph of himself alongside a letter in which he discussed sharing in her ‘joys and sorrows’, revealing the closeness of their relationship.

Kate Bailey, curator of the exhibition, said of the christening letter: ‘It [the letter] reveals their friendship, demonstrating how Alice was mixing in royal circles and shines a light on the complexity of Victorian royal society and social situations faced by Alice, outside of her fictional adventures.

‘Were Leopold and Alice romantically involved? We will never know definitively but this mysterious letter adds to our curiosity and our fascination with the real Alice.’

Prince Leopold died in 1884, a year after he sent the letter to Alice.

Alice: Curiouser and Curiouser is due to open at the V&A Museum in March.