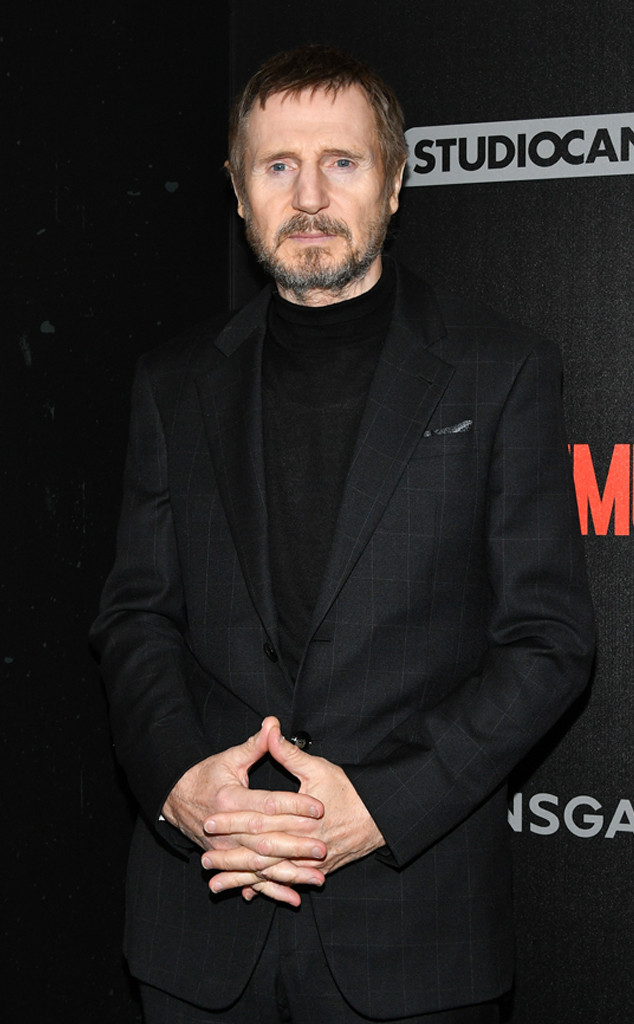 Amid a mounting controversy, Liam Neeson wants to talk about it.

The action star, who is currently doing press for his upcoming film Cold Pursuit, sparked headlines after he admitted to seeking out violence with a black man following the rape of his friend.

“She handled the situation of the rape in the most extraordinary way. But my immediate reaction was…I asked, Did she know who it was? No. What color were they? She said it was a black person,” Liam explained in an interview with The Independent, published on Monday. “I went up and down areas with a cosh, hoping I’d be approached by somebody—I’m ashamed to say that—and I did it for maybe a week, hoping some ‘black bastard’ would come out of a pub and have a go at me about something, you know?”

He added, “So that I could…kill him.”

The internet soon flooded with comments from readers, denouncing his remarks as racist and expressing outrage at the story. By Tuesday morning, the Oscar nominee took a seat beside Good Morning America‘s Robin Roberts to explain himself.

The actor began by explaining that the interview in question took place during a press junket and they were discussing revenge as its the topic of his upcoming film.

“The lady journalist was asking me how do you tap into that,” he recalled. “I remembered an incident nearly 40 years ago where a very dear friend of mine was brutally raped and I was out of the country and when I came back, she told me about this and she handled the situation herself and her rapist incredibly bravely, I have to say that, but I had never felt this feeling before, which was a primal urge to lash out. I asked her, ‘Did you know the person?’ It was a man. His race? She said he was a black man.”

The star continued, “I thought, ‘Ok, and after that, there were some nights I went out deliberately into black areas in the city looking to be set upon so that I could unleash physical violence. I did it for I’d say maybe four or five times until I caught myself on and it really shocked me, this primal urge I had…It shocked me and it hurt me.”

He noted that he asked his friend about the man’s other characteristics, not just his race. Neeson also said he did seek help from both a priest, who listened to his confession, and two friends that he spoke to. He also said he power walked for two hours daily.

“I’m not racist,” he said, adding that he grew up during The Troubles in Ireland and witnessed conflict between Catholic and Protestant people. “I grew up surrounded by that, but I was never part of it.”