The Victorian Liberal Party’s decision-making committee has been asked by one of its members to consider disciplinary action against former premier Jeff Kennett over his public criticism of the state Opposition Leader’s performance during the pandemic.

Internal tensions are simmering within the Victorian Liberals amid criticisms that Opposition Leader Michael O’Brien has struggled to make significant gains against Premier Daniel Andrews, despite Victoria's stage four lockdown. 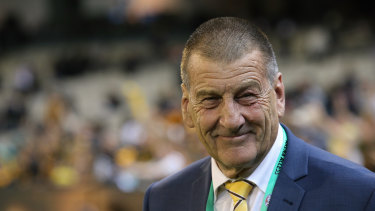 On Thursday, Mr Kennett weighed in on Mr O'Brien's performance during an interview on Sydney radio station 2GB.

"He’s a soft character. He always tries to get the balance right," Mr Kennett said. "He’s not as aggressive as some. He had a much better day yesterday when he went on the attack."

Some within the party want the opposition to set a constructive tone and they acknowledge the difficulty for Mr O’Brien to land a significant blow on the government as the state grapples with a health and economic crisis.

This week, David Lau, who sits on the Liberals’ powerful administrative committee, wrote to fellow committee members asking whether they would consider suspending Mr Kennett’s party membership after he was quoted in The Australian newspaper saying the opposition had shown a "lack of leadership".

"Considering that we all work everyday for the best interests of the party, I'm sure you will share my concern about the comments made yesterday by a Liberal Party member and former premier, Jeff Kennett,” Mr Lau wrote earlier this week.

The email prompted a sharp rebuke from other administrative committee members and Liberal sources confirmed the party had no intention of suspending Mr Kennett, who could not be reached for comment.

Outspoken Liberal frontbencher Tim Smith has been touted as a possible future leadership candidate but Mr Kennett told 2GB he still had much to learn. 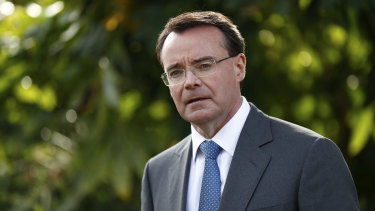 "Tim’s a young man, a young bull and all young bulls have got to learn the ropes."

Mr O'Brien said he took no notice of Mr Kennett calling him soft and he was confident his party was successfully filling two roles: holding the government to account and supporting Victorians through the coronavirus pandemic.

"That’s what Victorians need the opposition to do. We are standing up. This government is in trouble. The Premier is now under pressure."

Mr O’Brien also dismissed suggestions in a report by the Australian Financial Review that he had lost support in his party room.

"It’s not pressure for the purpose of scoring a political point," Mr O’Brien said.

"It’s pressure for the purpose of getting answers, of finding the truth about why Victoria alone is in a stage four lockdown."

The most important news, analysis and insights delivered to your inbox at the start and end of each day. Sign up to The Sydney Morning Herald’s newsletter here, to The Age’s newsletter here and Brisbane Times‘ here.