The key moderate Liberal from NSW – a diminished faction in federal parliament after Saturday’s teal bloodbath – said the government’s religious discrimination bill and failure to legislate a federal integrity commission were very damaging in city seats, as was the “confected culture war” on trans rights prompted by the selection of Katherine Deves in Warringah. 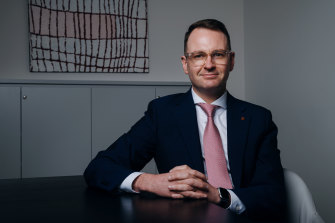 “We have to offer a brand of modern economic and social liberalism to attract those voters back … It’s as simple as that.”

“There was a tendency to prioritise division over economic policy ambition,” Bragg told the Herald and The Age in an election post-mortem on Monday. “Unless we are anchored by a strong economic agenda, we drift off into division. Some of this weird stuff has been very damaging.

Bragg is a first-term senator and a former executive director of the Business Council of Australia. He was the Liberal Party’s acting federal director for two months in 2017. This election he had campaign responsibilities for the Sydney seats that were lost to teal independents including Wentworth, where Dave Sharma conceded defeat on Monday.

With the loss of Trent Zimmerman and Jason Falinski, as well as Tim Wilson and Josh Frydenberg in Melbourne, Bragg is part of a weakened moderate faction that includes Marise Payne, Paul Fletcher and Simon Birmingham in its senior ranks. 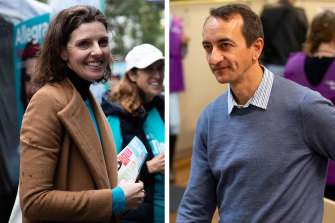 Bragg said the lesson from the loss was not that the Liberal Party must move to the right but that it needed to be the “live-and-let-live party” in the political centre. Protecting minorities, including Indigenous Australians, ethnic and religious groups and the LGBTQ community, was core to the future of Australian liberalism. 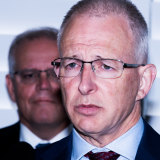 Paul Fletcher with Scott Morrison on the campaign trail in Sydney.Credit:James Brickwood

On climate, Bragg said Australia must show foreign investors it is open for business on renewable energy, and he was open to supporting any policy that would make the country more competitive, including Labor’s. “I have never seen the climate issue as a culture war issue,” he said.

Asked whether Scott Morrison was to blame for the party’s rout in city seats, Bragg said he would not reflect on colleagues. Asked about the role played by senior moderates in Morrison’s cabinet, Bragg said he could talk about his own record but “it’s up to others to defend their records of what they did or didn’t do”.

Bragg said allowing first homebuyers to raid their superannuation for a house deposit was a good, popular policy that should remain on the Liberal agenda and be expanded. It was wrong to view the election loss as a rejection of that policy, he said.

Bragg believed the Liberals could win back the so-called teal seats if it changed its approach. “We have to offer a brand of modern economic and social liberalism to attract those voters back,” he said. “It’s as simple as that.”

He said he was open-minded about who should lead the Liberal Party, but the key factor was to respond to the concerns of city voters in Sydney and Melbourne. Brisbane-based Peter Dutton is considered the overwhelming favourite for the job.

Fletcher, who was urban infrastructure minister, said the Liberal Party was sent a clear message it must communicate better about its commitment to net-zero emissions by 2050, political integrity and women’s advancement.

He told the ABC the government had done the work, but it seemed independent candidates were “able to run without much detail on what they are proposing to do” and “held to a lower standard than major parties”.

Fletcher said Morrison’s focus on outer suburbs and regions at the expense of the city had been “overstated” and it was normal for a prime minister to focus on marginal Liberal/Labor seats.

He said Morrison did a good job amid extraordinary challenges but “clearly we’ve got lessons to learn as a party, you’d be deluded to think otherwise”.