Lisa Rinna is taking a line from Lisa Vanderpump’s playbook.

“The truth always comes out,” the “Real Housewives of Beverly Hills” star wrote in a since-deleted post shared to her Instagram Stories on Tuesday.

Rinna, 58, was referring to a producer’s recent claim that Vanderpump, 61, made the infamous 2019 call to Radar Online that exposed the “Puppygate” scandal during Season 9. 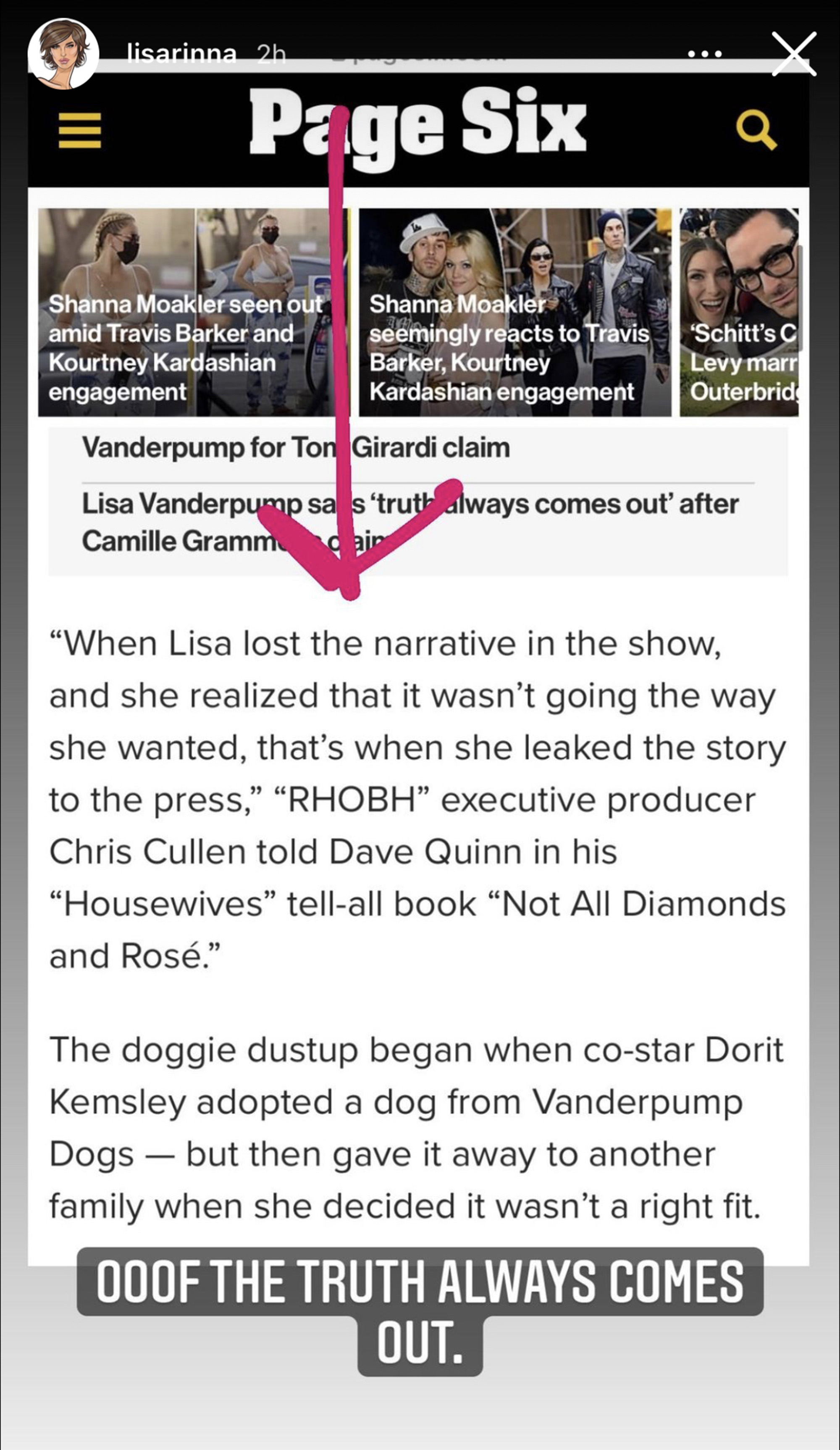 “The Days of Our Lives” star concluded her Tuesday Stories with a photo of her giving the middle finger while sipping a cocktail at the infamous Bravo Clubhouse during a “Watch What Happens Live With Andy Cohen” episode. 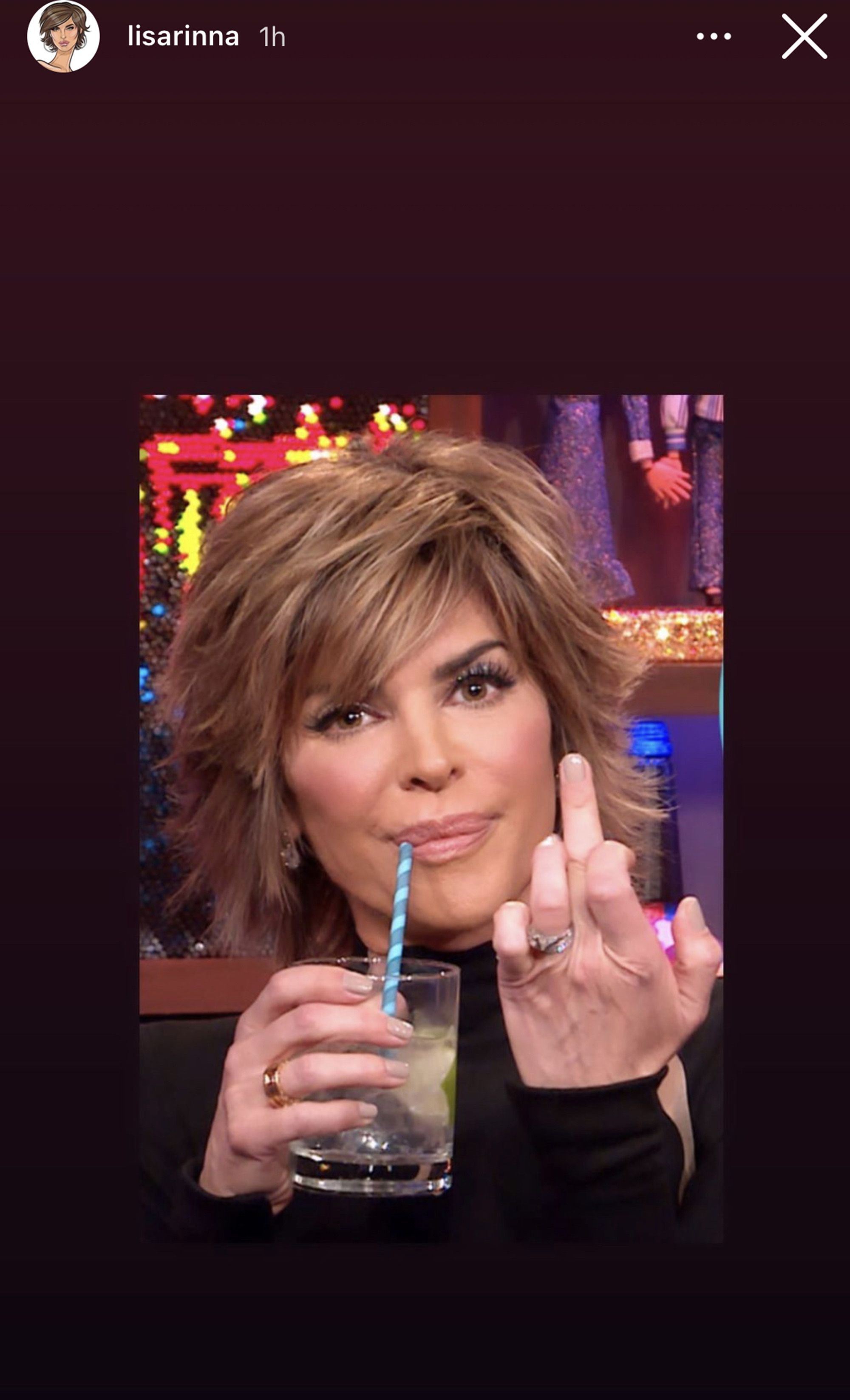 Rinna took to her Instagram Stories again on Wednesday, this time sharing Page Six’s post on the story about Vanderpump.

She ended with a graphic that read, “Liar liar, pants on fire.” 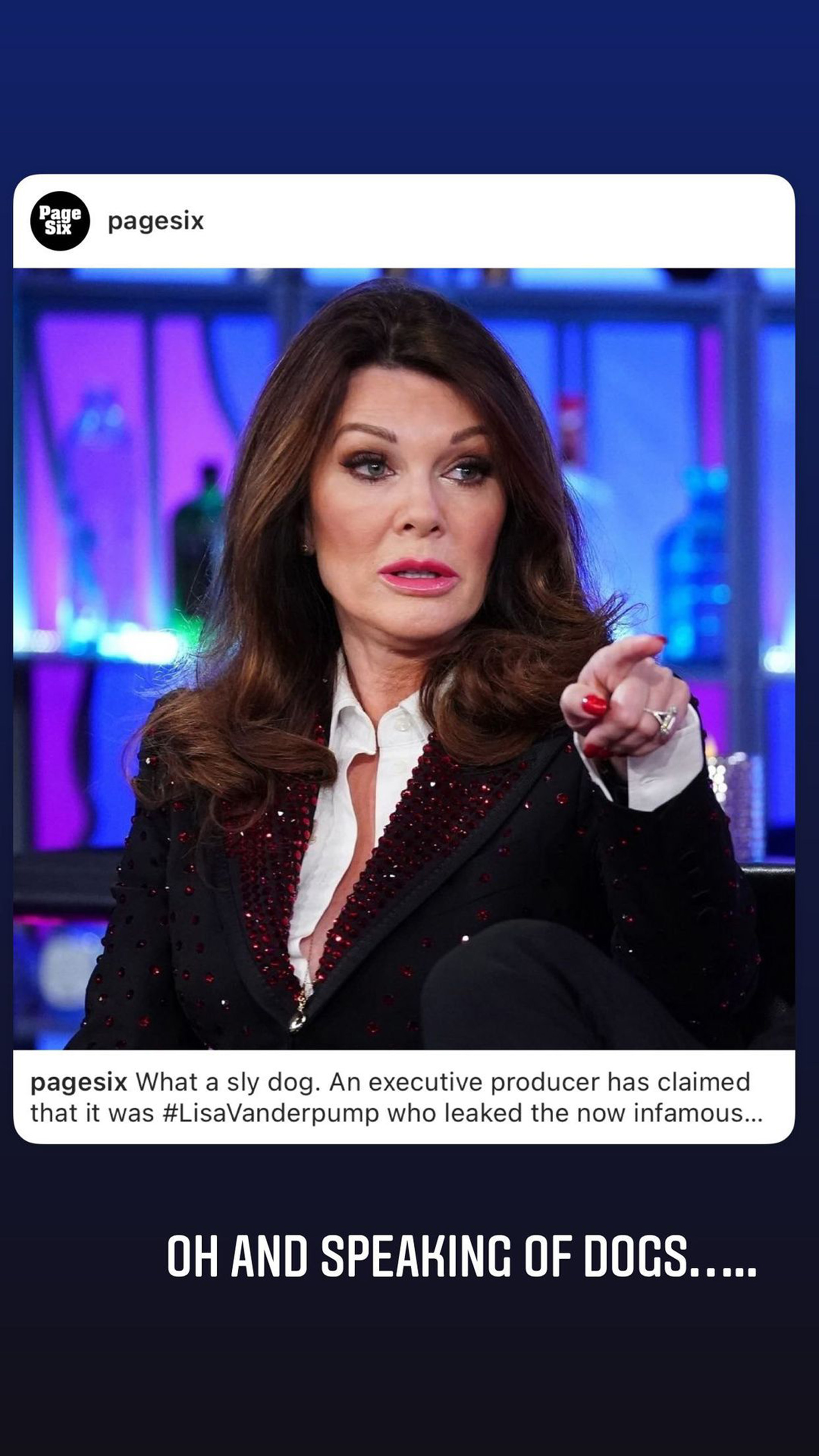 Richards, 52, posted the clip where she confronted Vanderpump over the scandal and wrote, “Well Shucks” and “Welp!”

Meanwhile, Kemsley, 45, reposted Richards’ Stories, along with one from a fan that implied she and Richards are “vindicated.”

The “Puppygate” scandal has resurfaced ever since “RHOBH” producer Chris Cullen talked to author Dave Quinn for the “Housewives” tell-all book, “Not All Diamonds and Rosé.”

“When Lisa lost the narrative in the show, and she realized that it wasn’t going the way she wanted, that’s when she leaked the story to the press,” Cullen alleged.

“Puppygate” started when Kemsley adopted a dog from Vanderpump Dogs — but then gave it away to another family when she decided it wasn’t a right fit for her family. 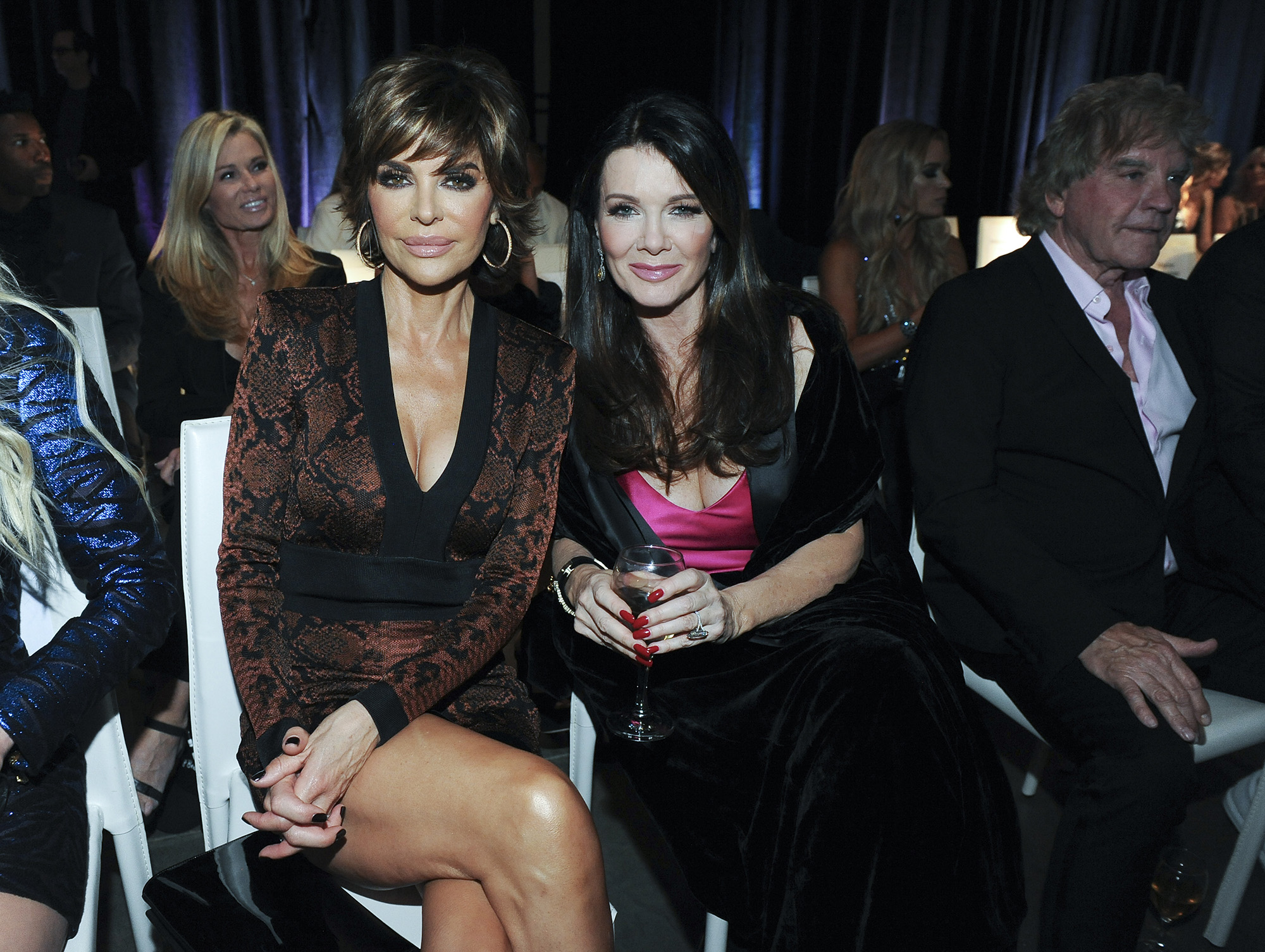 That family later placed the dog in a kill shelter, which alerted Vanderpump Dogs, and led Vanderpump to confront Kemsley about the pooch.

Shortly after the incident, an inside source leaked Kemsley’s story to the press. The cast accused Vanderpump of doing so, which she consistently denied.

Since then, the matter had been put to bed, especially with Vanderpump leaving halfway through Season 9. “Puppygate” severed Vanderpump’s relationships with her co-stars, including her former best friends, Richards and Kemsley. It appears the three have been unable to repair their friendships since the scandal.