Although my dad is a physics professor, I just don’t have the head for detailed analysis of complex ideas. Nonetheless I am fascinated by the stories of scientific discovery and how they relate to our own lives. Who knew, for example, that biologists make good infrastructure consultants?

Take that mould that can figure out the shortest route through a maze in order to reach food sources. A group of researchers tested this slimy amoeba’s foraging strategy by laying out food crumbs in a pattern that mimicked Tokyo’s rail network, and watched with amazement as it built a system comparable to the man-made version. In fact, the mould proved to be more efficient, constantly modifying in order to create the most productive pathways.

Equally amazing is empathic telepathy that plants use to communicate. Research has shown that plants could sense the presence of neighbouring organisms even if all light, chemical and touch-based signals were absent and also whether the "tenants" in the soil next door were bad neighbours that negatively impacted on growth, perhaps through acoustic signals called nanomechanical oscillations. 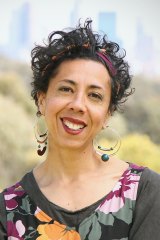 Forget about the upside-down or other parallel dimensions. There are stranger things happening underfoot. Trees create a root-to-root system akin to an organic internet. As forest ecologist Suzanne Simard suggests, they have a bartering system that keeps the whole network alive, talking "through a language of chemicals like carbon and nitrogen and phosphorus".

Simard’s long-term research has also shown that trees use this network to feed members of their own family they know to be lacking certain nutrients and that some species are interdependent, offering what they have in return for favours down the track. Most amazingly (and painfully poetic), when a mother tree is injured or dying it transmits knowledge onto the next generation.

Like don’t sweat the small stuff. Always digest your carbon. Be nice to your neighbours and they will return the favour. Life lessons we could well afford to remember ourselves. Although spending two hours each week in nature has scientifically proven health benefits, most of us instinctively feel something shift; there’s a distinct connection between the energy we receive from our environment and the emotions we feel. These seemingly invisible organic systems that surround us, reveal a lot about co-operation, problem solving and empathy.

Scientists working in the field of bioenergy speculate that we may be able to heal each other one day by a telepathic transference of energy. What we can do right now, is embrace the core principle of empathic telepathy; active listening to the world around us. We don't have to be rocket scientists to switch on the senses and let our humanity take root.