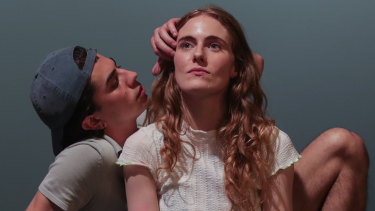 PLAY Simon Stephens’ Punk Rock is an honest, albeit confronting, portrayal of adolescence. Seven students loiter in a grammar school library, toying with one another as young adults do; however, a sinister undercurrent of suppressed fury threatens to come to a head. Think John Hughes’ 1980s teen film The Breakfast Club but with more rage, angst, sexual frustration and dread for the future – the latter from being a teenager in the 21st century. Saturday, 7.30pm, Sunday, 5pm, fortyfivedownstairs, 45 Flinders Lane, city, $35-$45, 9662 9966, fortyfivedownstairs.com

THE BARBER OF SEVILLE This comic opera from Italian composer Rossini tells a story of love and deception. Count Almaviva is in love with Rosina, who is in the clutches of her guardian, Bartolo. After failing to serenade her through the disguise of a poor student, he enlists the help of the cunning barber Figaro. Italy’s renowned Chiara Amaru joins an Australian cast.
Saturday, 1pm, Melbourne Recital Centre, corner of Sturt Street and Southbank Boulevard, Southbank, $35-$149, 9699 3333, melbournerecital.com.au 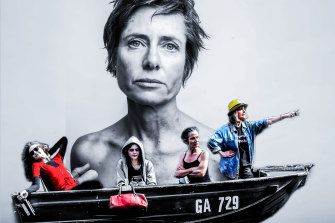 Adrifting Through the Vomit Generation.

COMEDY Michael Gray Griffith’s new comedy Adrifting Through The Vomit Generation follows three women struggling to accept the truth: that their great Australian dream(s) must come to an end. When an older, revolutionary woman arrives, she steers them in a new direction of hope. Saturday, 7.30pm, Kew Court House, 188 High Street, Kew, $35, wolvestheatre.com