Lobbyists linked to the Labor and Liberal parties, and working for allegedly corrupt property developer John Woodman, shared in a $1 million success fee for their role in the controversial rezoning of farmland on Melbourne’s city fringe.

Lobbyist, lifetime Labor Party member and party fundraiser Phil Staindl was the first witness to face anti-corruption hearings into a land scandal in the City of Casey, which recommenced on Monday after a long break. 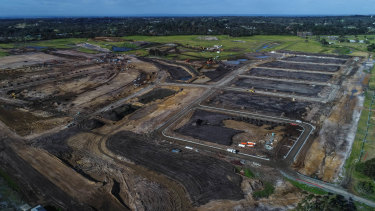 The Independent Broad-based Anti-corruption Commission is investigating manipulation of the Victorian planning system, including alleged bribes paid by Mr Woodman to Casey councillors and donations to Victorian government members of Parliament.

The Casey saga is the state's biggest planning corruption scandal in decades and has already led to the sacking of the council and may lead to criminal charges against key figures.

On Monday IBAC commissioner Robert Redlich, QC, quizzed Mr Staindl about his work for Mr Woodman and the lack of transparency around lobbying in Victoria. Mr Staindl confirmed that he and his then lobbying partner, former Liberal MP Geoff Leigh, earned $500,000 each for helping to get a Cranbourne egg farm rezoned to residential.

The 100-hectare Cranbourne South property, known as Brompton Lodge, was brought into Melbourne’s boundaries by the Baillieu Liberal government in 2012. 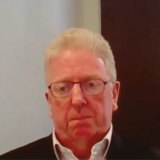 The land was bought in 1974 by egg farmers for $73,500, and after the rezoning they sold it for $55 million to Mr Woodman's son Heath and his business partner, who expected to make sales totalling more than $500 million.

Mr Staindl had lobbied for Mr Woodman on and off for about 15 years but severed ties last year, expressing shock about over revelations of alleged corruption at Casey council. Until late last year, Mr Staindl was on a $3000 monthly retainer.

His primary role was to act as a conduit to the Andrews Labor government.

Mr Staindl has been identified by IBAC as an important member of Mr Woodman’s team, who helped win planning approvals including by showering local and state politicians and candidates with political donations.

Central to IBAC's Casey investigation is Mr Woodman’s attempts from 2014 to secure another rezoning, this time at Cranbourne West, worth up to $150 million to his clients, property giant Leighton, and himself.

IBAC has heard how under an initial arrangement, Mr Staindl was to receive a $250,000 success fee for his work in lobbying for the Cranbourne West rezoning.

Mr Staindl told the hearing that a proposed success fee was withdrawn after the state government banned payments of this type in 2014. The rezoning was later derailed when The Sunday Age raised concerns about it in late 2018.

But Mr Staindl appeared rattled when asked on Monday if he was aware of a secretly taped discussion between himself and Mr Woodman about that $250,000 success fee being held in trust by law firm Maddocks.

“I remember a discussion where I asked Mr Woodman if the success fee was still there, and he said, 'Yes'. I remember my stomach sank,” Mr Staindl said. “I met him a month or so after that and said, ‘I can’t accept a success fee.'”

Mr Staindl is expected to be the main witness for the remainder of the week.