Working mom! In honor of World Breast-Feeding Week, Mandy Moore shared multiple nursing pics with her baby boy — including one snapped on the This Is Us set.

“Breast-feeding is not always smooth sailing (clogged ducts, timing life around feedings, pumping for when I’m at work, etc.), but nursing this baby boy for the past nearly six months has been a beautiful, messy and an oh so rewarding experience I will treasure forever,” the 37-year-old actress, who plays Rebecca Pearson on the NBC show, wrote via Instagram on Thursday, August 5. “It goes without saying that #fedisbest and I’m grateful to my body and the tremendous support I’ve had around me (especially in the beginning days and weeks when I had no clue what I was doing) for allowing me this time to nourish my sweet guy.” 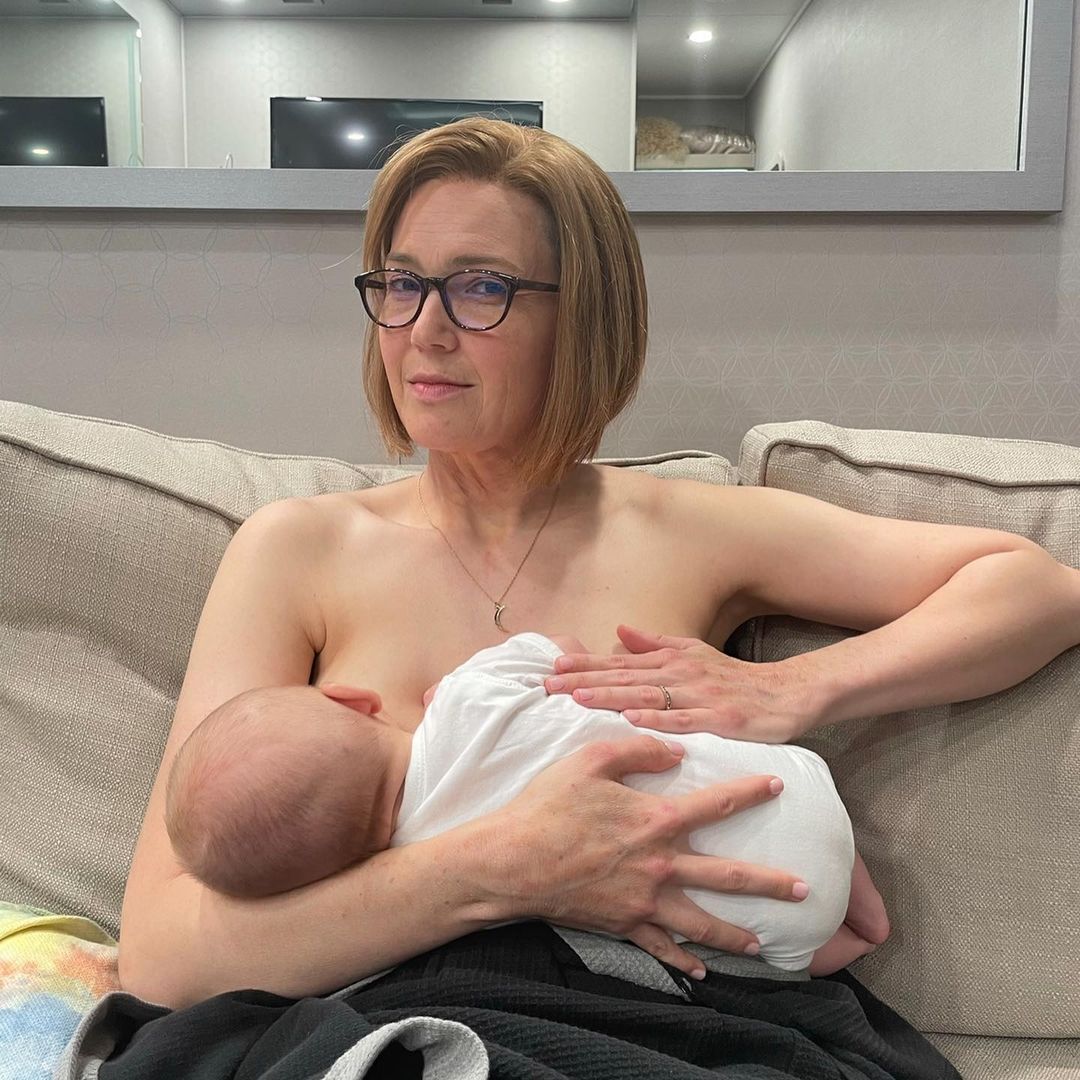 In the first two black-and-white photos, the New Hampshire native and her husband, Taylor Goldsmith, gazed down at Gus, 5 months, as he nursed. The “When I Wasn’t Looking” singer rocked a floral dress in the family photos, while her son wore a striped outfit.

“That third pic tho,” Shazam’s Zachary Levi commented on the social media upload, referencing a picture of Moore breast-feeding Gus in her character’s makeup. The Princess Diaries star sported Rebecca’s signature bob and glasses from the show’s later timeline.

The Emmy nominee has previously nursed on set, sharing a similar selfie in May. “That’s a wrap from season 5, now I’m just feeding my child,” she wrote. “I hope he’s not going to need therapy for this later.” 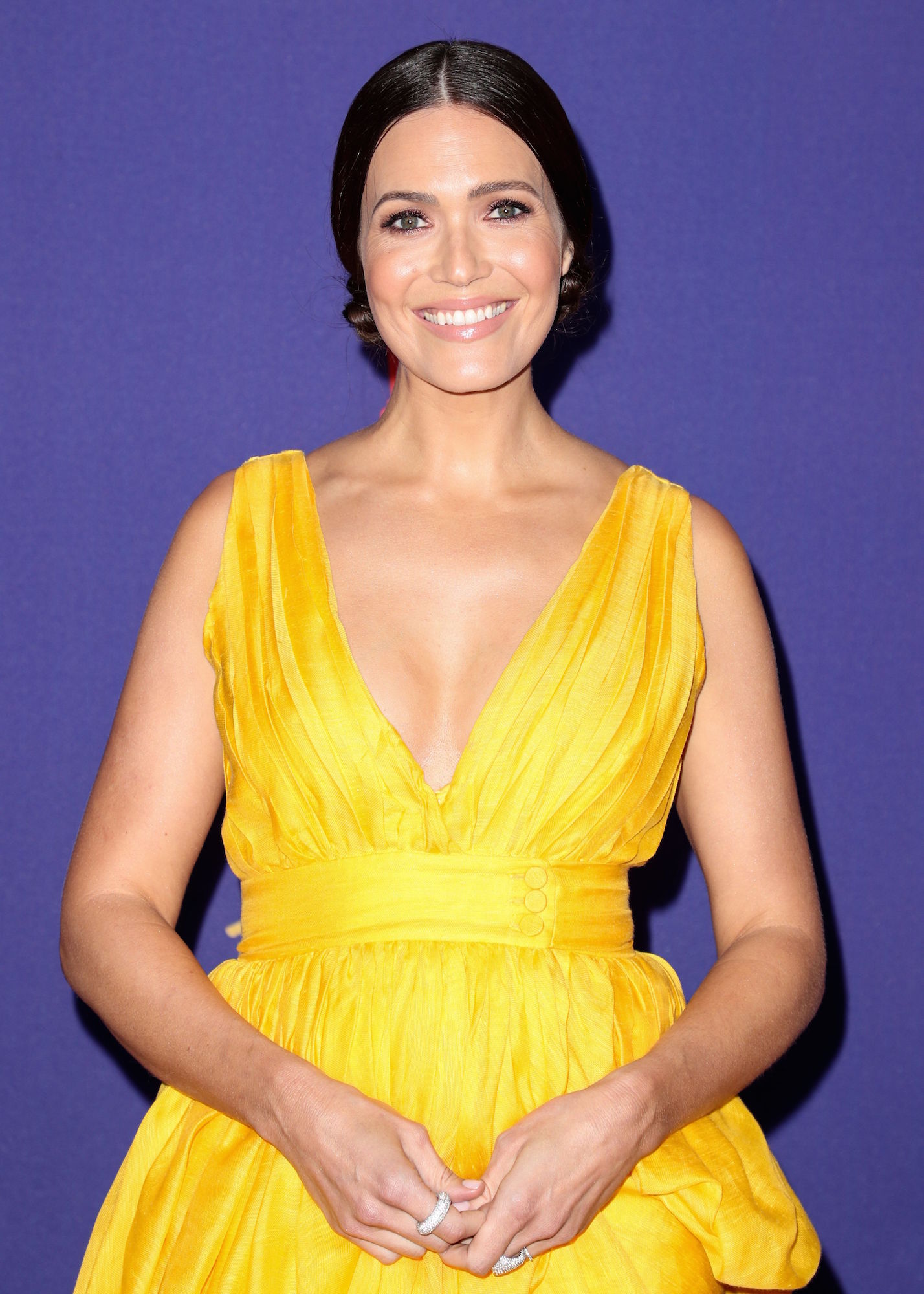 Moore welcomed Gus in February, saying on an episode of “Dr. Berlin’s Informed Pregnancy Podcast” the following month that she was “lucky” to have an “oversupply of milk.”

The infant “latched immediately,” she gushed in March. “I have a lot of milk, so his feedings are not super long. He gets plenty in eight to 10 minutes. Sometimes he doesn’t get to go to the other side during a feeding because he gets plenty of milk.”

The Golden Globe nominee suffered from a clogged duct the following month but battled it with “football holds, lecithin, massage, hot epsom salt baths” and more.

“I have a suspicion it’s from being back at work and pumping more often than having him on the boob during the day,” the new mom told her Instagram followers in April. “All good.”