Lorde was spotted walking along the waterfront in Auckland, New Zealand with Justin Warren earlier this week. See a photo of the rare public sighting here. 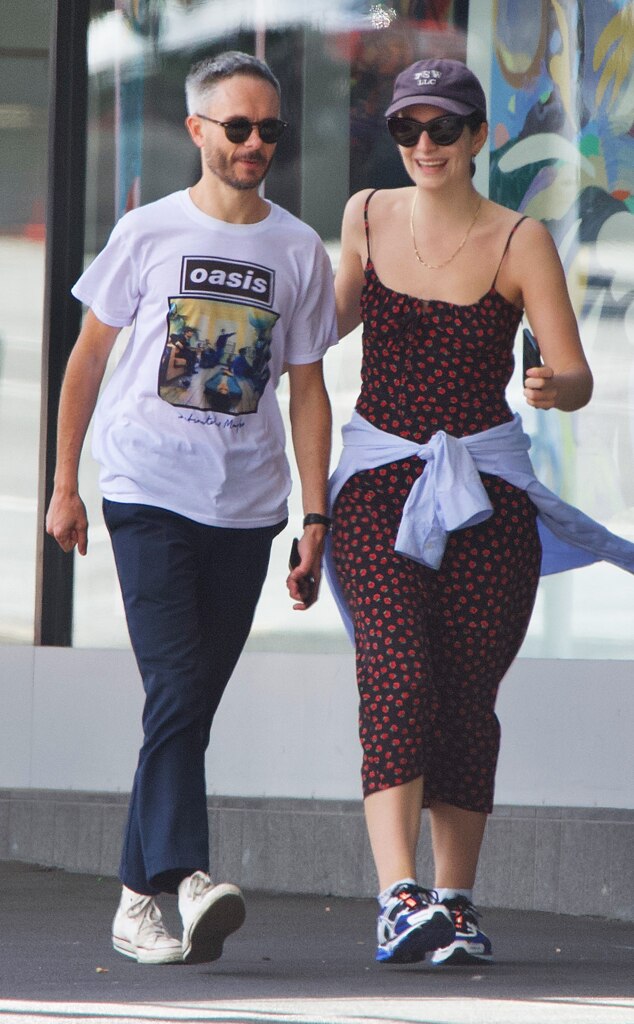 The 23-year-old singer was spotted in a rare public outing on Monday, Oct. 26. The two-time Grammy winner was photographed going for a walk with Justin Warren in Auckland, New Zealand. The Melodrama star wore a black ensemble with a red floral print and tied a light blue shirt around her waist. She accessorized her look with a cap, sunglasses, gold chain and sneakers.

This marked the first time Lorde had been photographed in public in more than a year. The last time paparazzi snapped a photo of the artist was when she was seen arriving at Los Angeles International Airport back in April 2019. The last time she was photographed out in public with Justin was in March 2019.

The music executive has shot down romance rumors in the past. "Ella and I have worked together for years and we're good friends," he told the New Zealand Herald in 2016, referring to the "Team" star by her real name. "Any rumors of us being 'a pair' are ridiculous. Ella has a really busy year ahead of her and we'll be spending more time together as plans for the next Lorde record unfold."

Lorde has been staying out of the public eye for quite some time.

Where to Buy Beyoncé's Ivy Park x Adidas Drip 2 Before It Sells Out!

19 Kids and Beyond: A Complete Guide to the Sprawling Duggar Family

But earlier this month, she returned to Instagram Stories to encourage her followers to vote in New Zealand's recent election.

"Hey. Are u from New Zealand?" Lorde wrote at the time, per screenshots shared by Just Jared. "I am."

"If you're 18+, it's time to VOTE!" she added. "We know we live in a special place. And adding all of our voices to the conversation, speaking up for communities or organisations that mean something to us—that's what helps keep it that way."

Lorde then shared details, like voting dates. "This was honestly incredible difficult to format and I hope you can repay me with the humble act of VOTING," she wrote. "Do it for our beautiful country and for me."

She also hinted she may have something in the works. "And next year," she added. "I'll give you something in return."

Now, who's going to play "Royals" on repeat?