Machine Gun Kelly and Megan Fox could not keep their hands off of each other at the 2021 MTV Video Music Awards on Sunday night.

The couple arrived on the red carpet at Brooklyn’s Barclays Center holding hands and continued to get even more handsy as they posed for photographers.

Fox, 35, dared to bare in an all-sheer Mugler dress over a nude corset bra and a sparkly thong. She was spotted wearing the diamond ring on her left hand that sparked since-debunked engagement rumors last week.

Meanwhile, her rocker beau, 31, looked sharp in a shimmery red Dolce & Gabbana suit with jewels on his face.

Fox was on hand to present an award, while Kelly lined up a performance of his song “Papercuts” with Travis Barker. 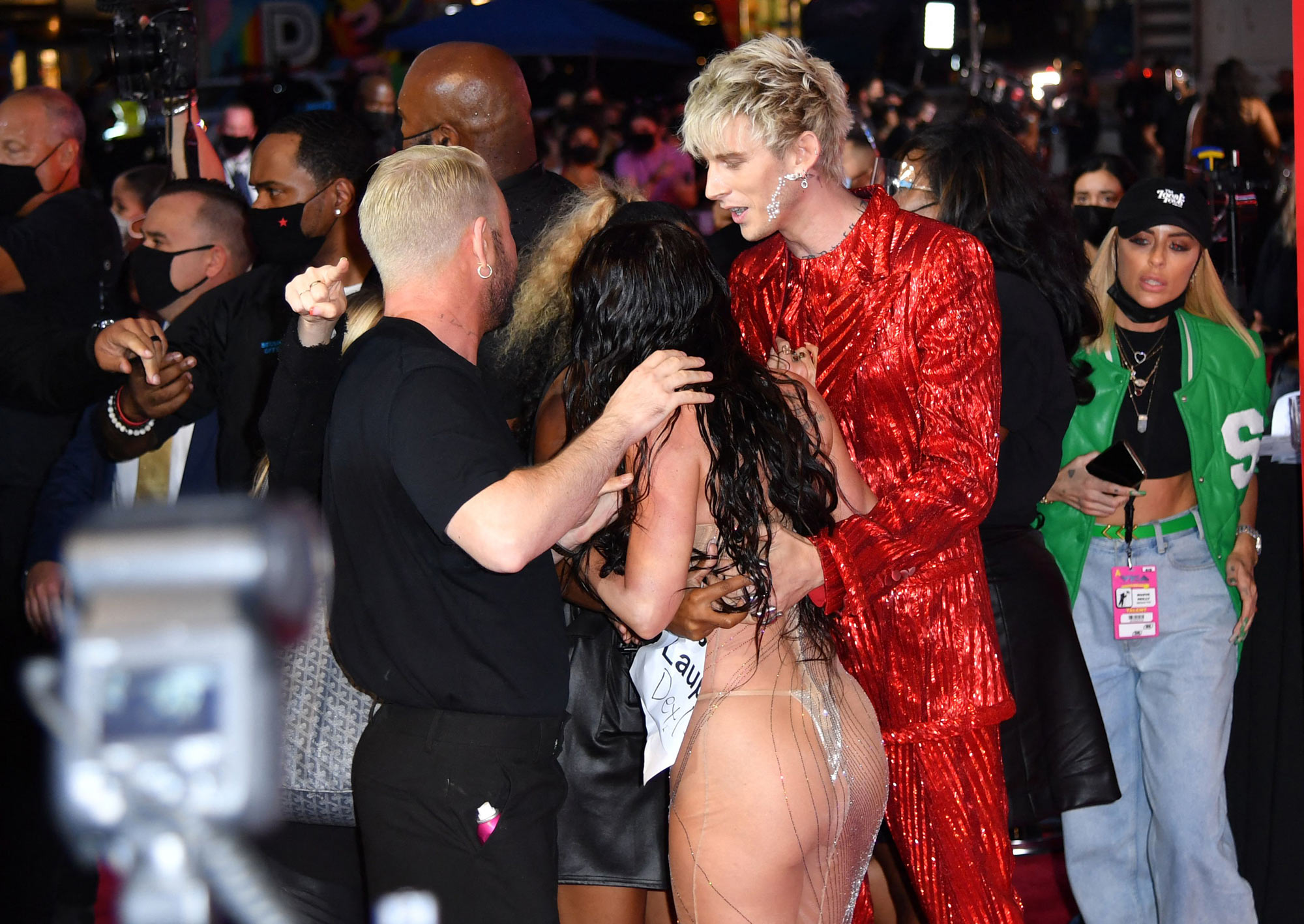 The steamy couple are clearly not shy when it comes to sharing their affection for each other with the world. Most recently, they let fans in on a NSFW moment they shared while staying at a $30,000-a-month Airbnb in Los Angeles.

Earlier this month, Fox posted a picture of herself posing in front of a large dining room table and captioned it, “When I tell you that the table at this air bnb saw some things.”

Hinting that the pair may have had sex on it, MGK then responded, “I’m really glad that’s not our table anymore.” 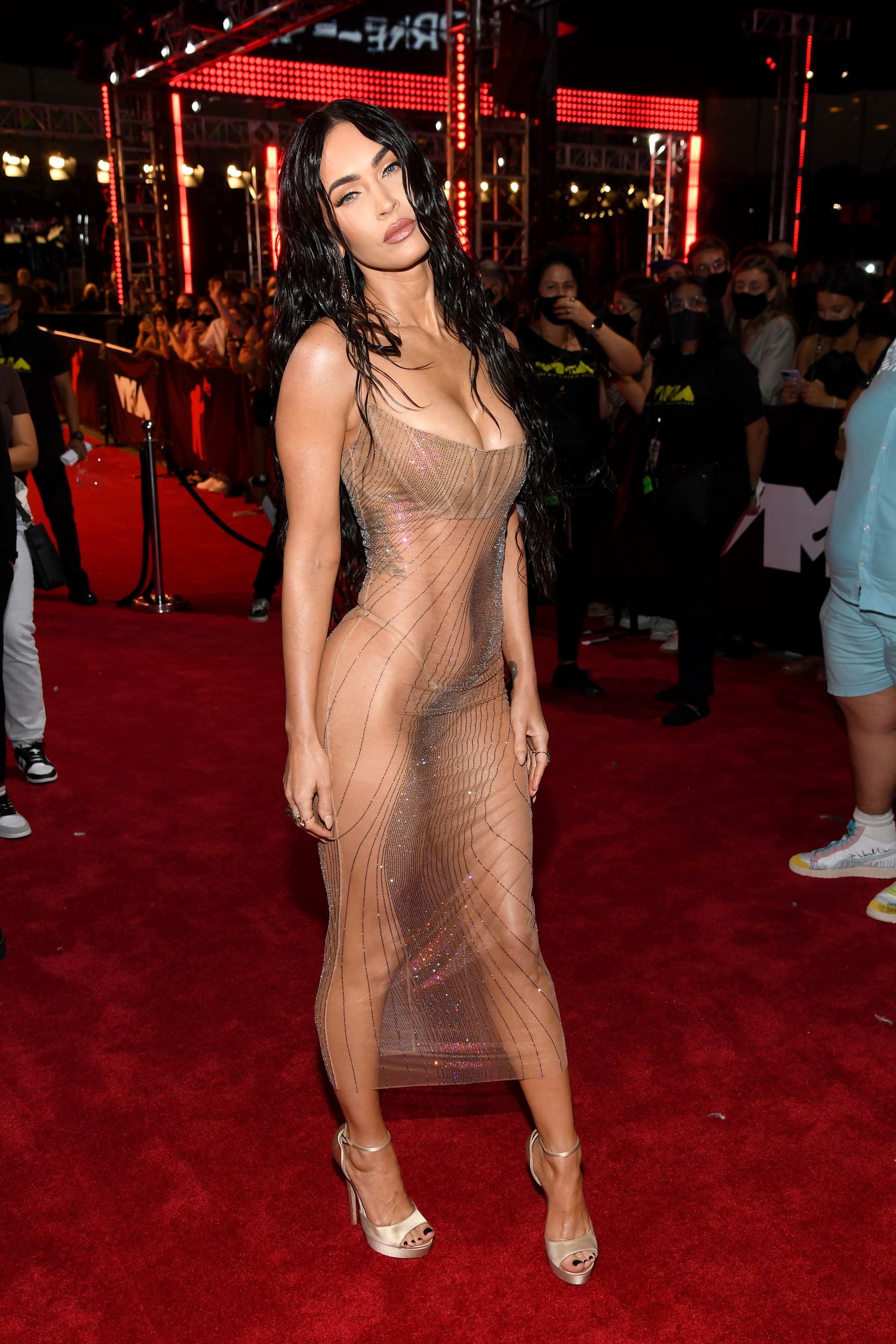 When they’re not swapping flirty banter on social media, the self-proclaimed “twin flames” are heating things up in person.

In June, paparazzi caught the “Transformers” star and the “Bloody Valentine” singer sharing a kiss in the middle of a street in LA.

Although that interaction was more PG, the pair’s exchange on the iHeartRadio Music Awards red carpet was much more rated R. 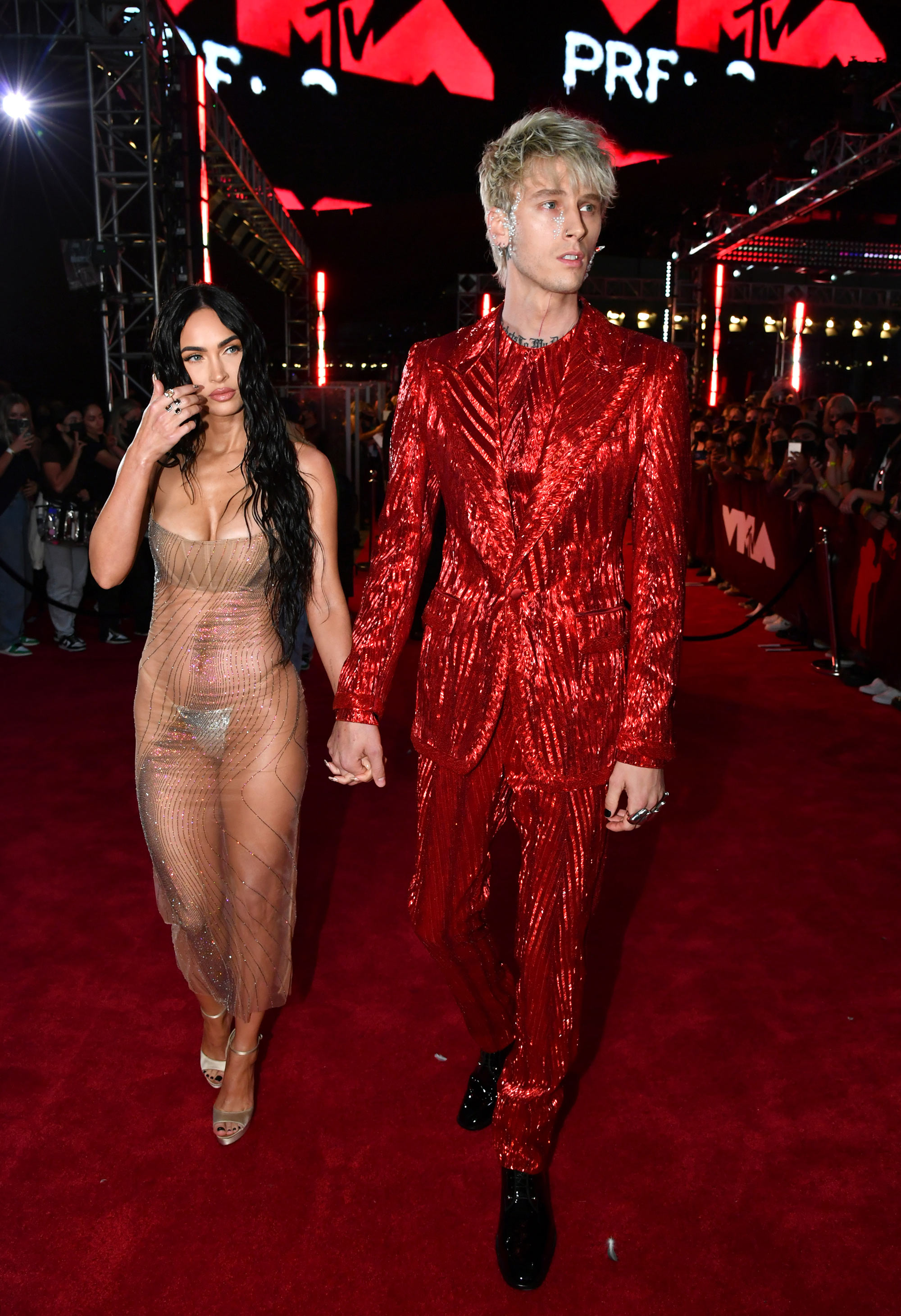 Kelly told Fox in a video on his Instagram Story taken from the event, “Goddamn, my love, you look so good,” as she instructed him to “go underneath” her breast to get a better grip.

Awards show PDA appears to be a turn-on for the entertainers, who were also seen previously getting touchy-feely at the 2021 Billboard Music Awards and the 2020 American Music Awards.

Fox and Kelly, whose real name is Colson Baker, met while filming the movie “Midnight in the Switchgrass” and were first spotted together in May 2020 amid her split from husband Brian Austin Green.