Madonna reveals the on-stage moment that almost killed her career

Madonna refuses to sell her music catalog because ‘ownership is everything’

Madonna doesn’t do falling over.

Her Madgesty took to the roller rink in Central Park on Wednesday night — where she was surrounded by an entourage to make sure she didn’t eat it.

Thus cushioned from anything so common as gravity, she hosted a party with Nile Rodgers at his The DiscOasis immersive roller rink.

Apparently, it was the disco legend who enlisted Madonna’s team of escorts to prevent her from “busting her ass.”

Rodgers, who produced Madonna’s “Like A Virgin,” said he was getting pressure from pals to skate at the party and he responded, “I’m only going to skate if M skates.”

But that took some convincing. He told his crew that Madonna, 63, had some reservations, asking, “What if I bust my ass? I don’t want want to bust my ass in front of people.”

And like a gentleman, Rodgers replied, “If she does, we’ll all bust our asses, so we’re all going to fall down.” 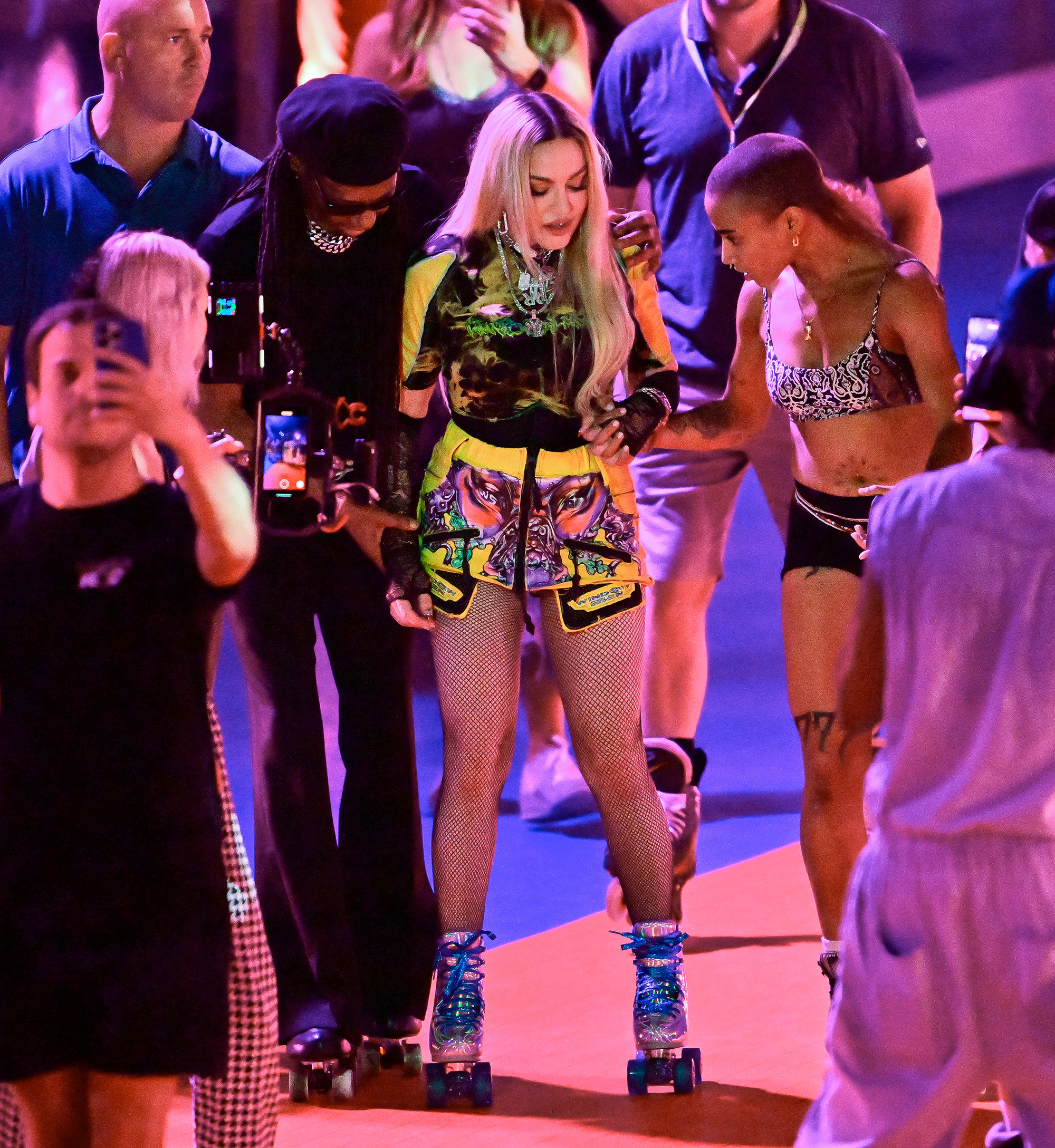 And off to the rink they went. Madonna — with the help of Rodgers and some pals — even made it around the rink twice!

We overheard one snarky fan joke, “what about those moves from her ‘Sorry’ video?” The 2005 song features Madonna in a leotard effortlessly dancing around a roller rink in skates, but clearly, the video was only smoke and mirrors. 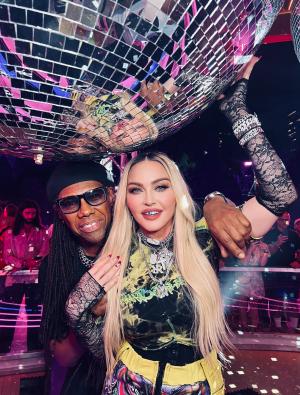 Off the rink, she and Rodgers danced in a VIP section where Questlove spun tunes including Beyoncé and Madonna’s “Break My Soul: Queens Remix.” Madge’s kids were also on the scene and she danced with son David Banda, who was a hit with the crowd.

Meanwhile, Sherri Shepherd was there skating like a pro, celebrating her move back to New York for her new fall talk show. “Nothing like skating and feeling the wind in your wig,” she quipped on an Instagram video. 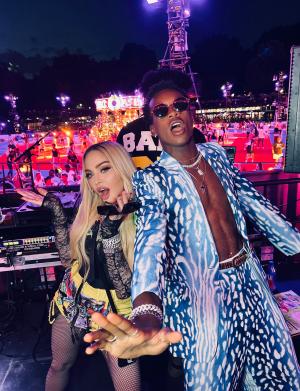 Shepherd didn’t make it into VIP to actually talk to Madonna, “but I did plant a seed for her to come on my show.” 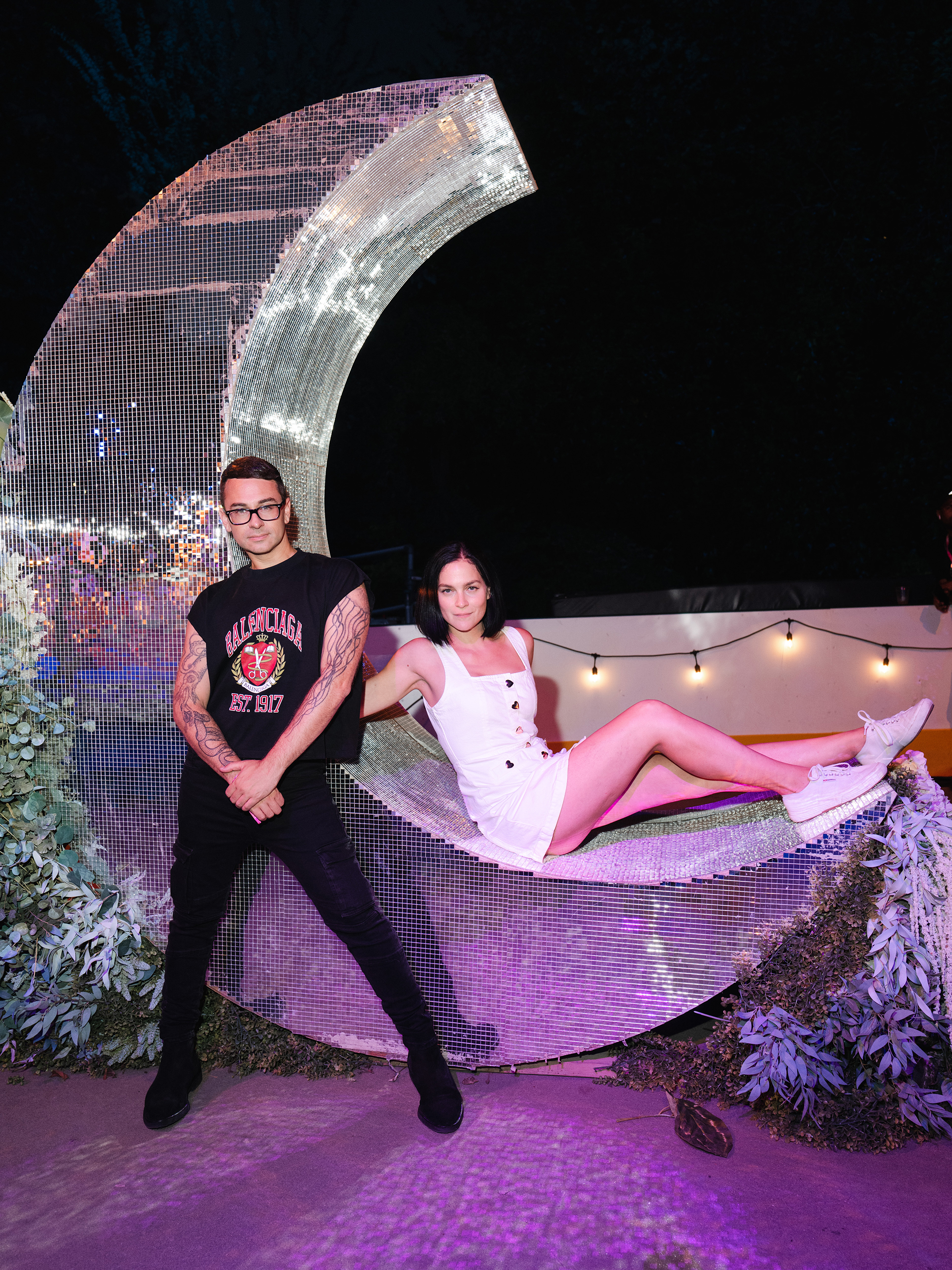 “I want to thank you all for coming out to support, not only DiscOasis, but my new record, which is really my old record, but it’s so old, it’s new,” she said.

Party mayor Eric Adams was surprisingly not there, but his Senior Executive Director of nightlight Ariel Palitz was there shimmying in glitter. Christian Siriano, Kendall Werts, Jeremy O. Harris, Gitano’s James Gardner and Leigh Lezark were also there.