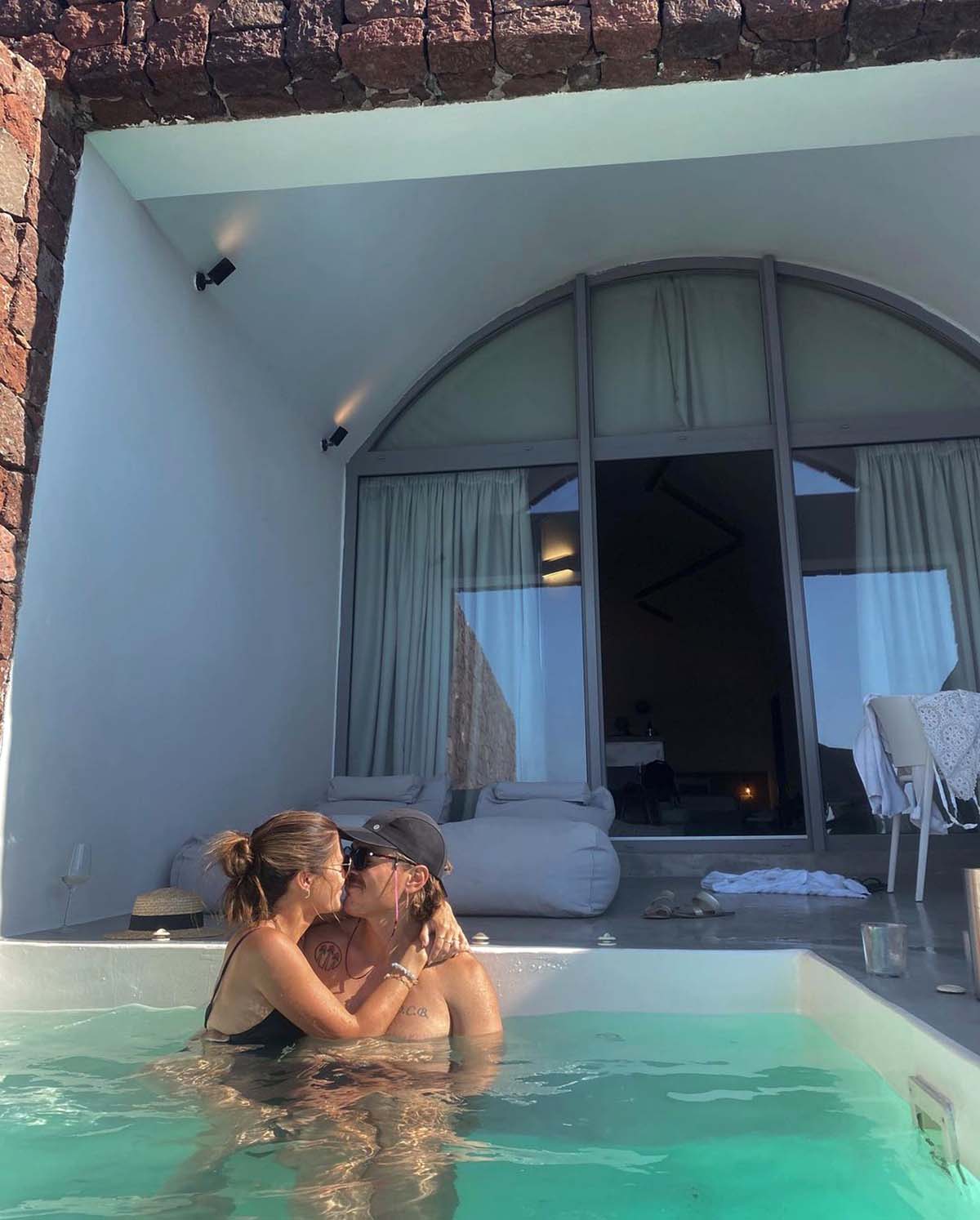 Mamma Mia! Caelynn Miller-Keyes and Dean Unglert’s recent trip to Greece is straight out of a fairy tale.

The Bachelor in Paradise alums, who met on season 6 of the ABC series in 2019, reflected on their romantic getaway before jetting off to Italy. “Twenty four hours in oía (& cats),” Unglert, 30, captioned a series of photos on Sunday, September 5.

The season 13 Bachelorette alum highlighted the local feline population while exploring the small village of Oia in Santorini with his love. “Don’t swipe for me. Swipe for the cats,” he jokingly commented. 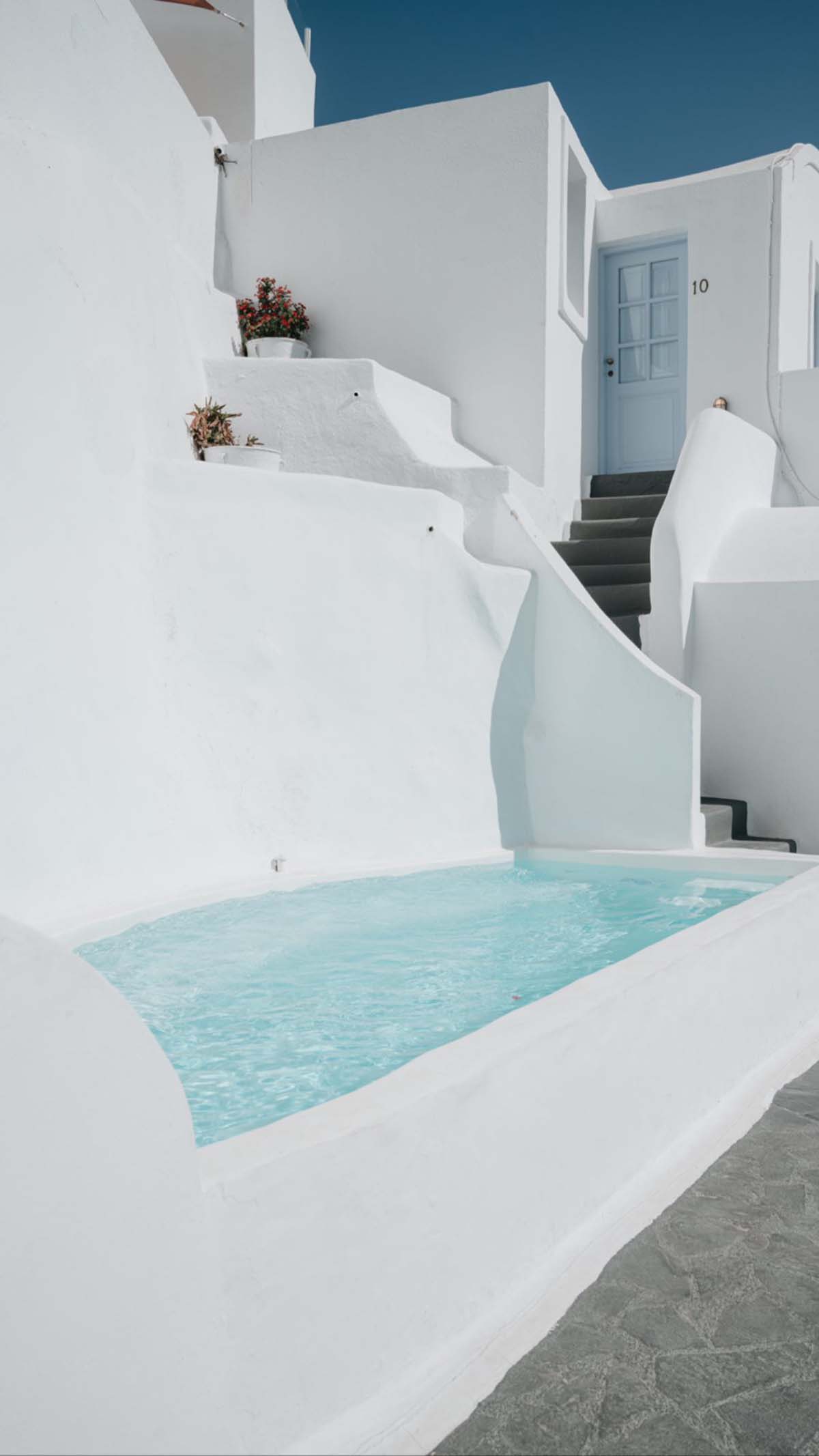 “Getting lost in the streets of Santorini 🇬🇷,” the Virginia native, 26, wrote on Sunday alongside photos of herself wearing a white dress and walking the cobblestone paths of the island. Miller-Keyes gave her boyfriend photo credit before sharing more memories.

The season 23 Bachelor contestant posed against a white wall in the same frock, captioning the snaps, “My Mamma Mia dreams are coming true 💙.”

‘Bachelor in Paradise’ Couples Who Are Still Together

Unglert shared insight about how the duo’s trip began, commenting, “Typical isn’t it? you wait your whole life to visit Greece and then your flight gets delayed!”

Miller-Keyes revealed a few of her “favorite” moments from the romantic trip in a third Instagram post. She included a photo staring into Unglert’s eyes atop one of the white villas, a snap of her man smiling with the ocean behind him and another of them kissing in the pool. 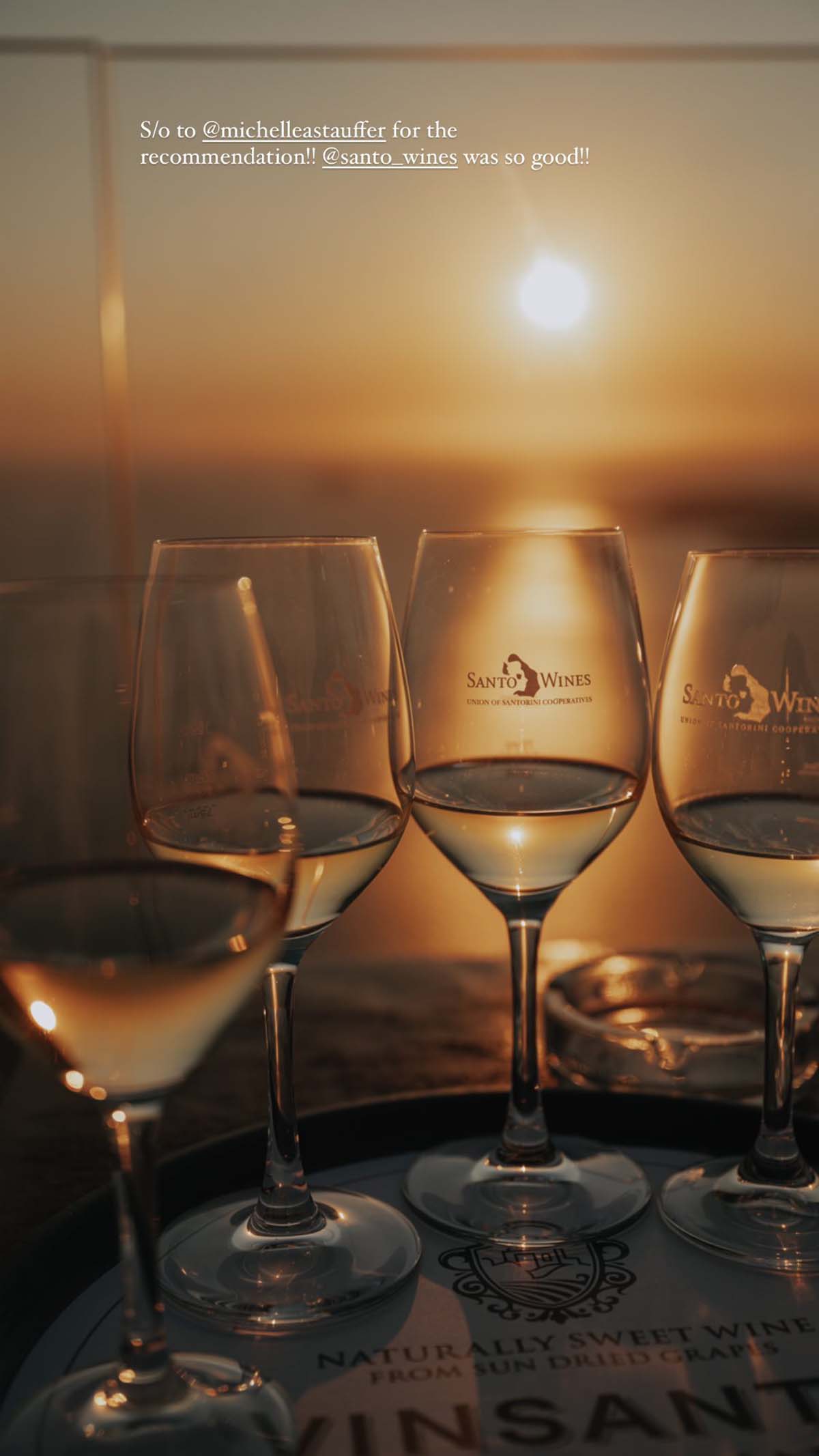 The former Miss North Carolina USA capped off the Greek leg of her vacation with a stop at a local winery and wandering even more of the idyllic streets, all of which she highlighted on her Instagram Stories.

Shortly before the European excursion, Unglert made headlines for calling his girlfriend the “most suffocating” woman he’s ever dated during an August episode of his “Help I Suck at Dating” podcast. Attempting to clear the air, the Colorado native exclusively told Us Weekly on Wednesday, September 1, that he was trying to “find common ground” with a listener who asked about feeling smothered in a relationship, noting it “sounds bad” no matter the context.

“It’s a horrible word, don’t get me wrong. It’s the wrong adjective to use to describe anyone in a relationship. I was simply saying that in past experiences, I would hate to be suffocated, but with Caelynn, although my instinct is to say, ‘Don’t suffocate me,’ in reality, I’m like, ‘You can suffocate me because I enjoy spending time with you,’ sort of thing,” he explained. 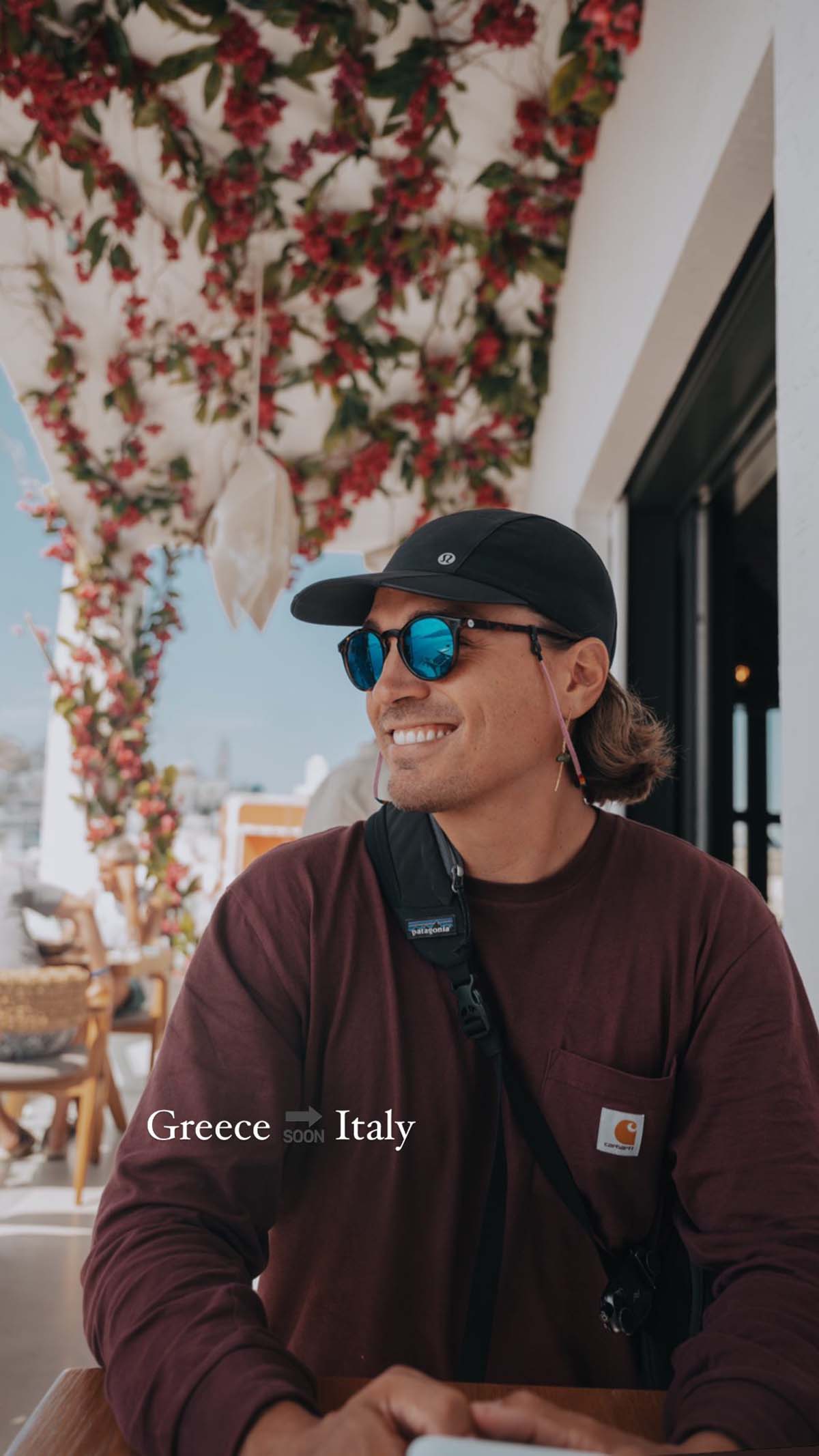 The Bachelor Winter Games alum also clarified his previous podcast comments when he revealed that he doesn’t like to say “I love you,” telling Us, “I do say ‘I love you’ to Caelynn.”

Unglert added: “I am in the camp of I’d rather show Caelynn that I love her rather than say that I love her. … Talk is cheap more or less, you know, anyone can say anything, but what it boils down to in my eyes is action over words.”