Recorded manatee deaths in Florida are more than double what they were at this time last year, numbers that are alarming conservationists and lovers of the iconic sea cows. 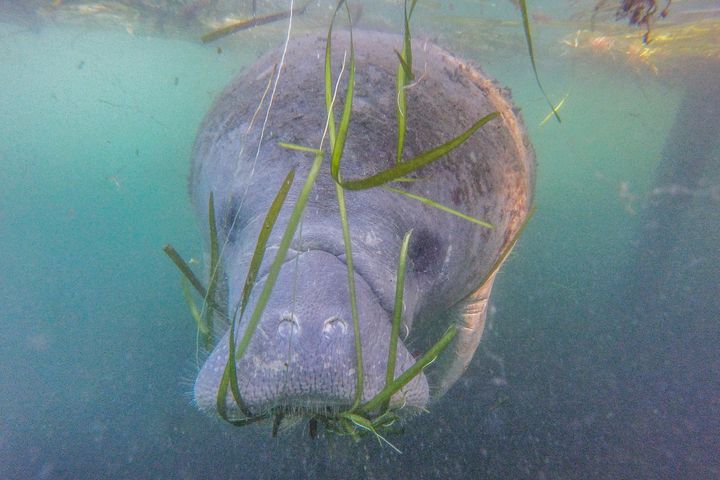 Known causes of 2021 deaths in FWC records include cold stress, boat strikes and natural deaths. Out of the 358 manatee deaths, 243 have not been necropsied, meaning their causes of death are not known, and an additional 14 were recorded as having an undetermined cause.

But a shortage of sea grass, which manatees eat, seems to have played a role in this year’s high mortality, Pat Rose, director of the nonprofit Save the Manatee Club, told the Fort Myers News-Press.

“It’s something we’ve never really seen before,” Rose said. “It looks like we have a substantial number of manatees that are starving.”

The FWC did not immediately respond to a request for comment from HuffPost. But spokesperson Michelle Kerr told the Daytona Beach News-Journal that the agency was having difficulty completing necropsies due to the high number of dead animals and limitations of working amid the COVID-19 pandemic.

In addition to providing food for manatees and other marine life, seagrasses are crucial for storing carbon and helping stave off climate change. But seagrass meadows are facing multiple threats, including a warming world; coastal development; and pollution that comes from stormwater and agricultural runoff and wastewater treatment plants. That pollution leads to toxic algae blooms that kill off the sea grass.

Almost half of the 2021 manatee deaths have been in Brevard County, where the Indian River Lagoon ― a crucial manatee habitat ― is located. Indian River Lagoon guide Billy Rotne agreed with Rose’s assessment that dying sea grass has played a major role.

“The raw truth of the matter is due to negligence of our stormwater we’ve had continual algal blooms over the past 10 years, which blocks out sea grass and kills it,” Rotne told the News-Press. “So the manatees are starving to death.”