Rachel Antonoff crashing with brother Jack while home gets makeover

Margaret Qualley and Jack Antonoff made their first big public appearance together at the 2022 Critics’ Choice Awards on Sunday.

Qualley, 27, and Antonoff, 37, showcased plenty of PDA as they posed for pics inside the star-studded event in Los Angeles.

The “Maid” star was seen at one point wrapping her arms around Antonoff’s neck as they smiled for the camera.

The two were also spotted sitting closely beside each other as the music producer intimately wrapped his hand around her waist.

Antonoff wore a sports jacket over a white T-shirt for the outing, completing his look with his signature thick-framed glasses. 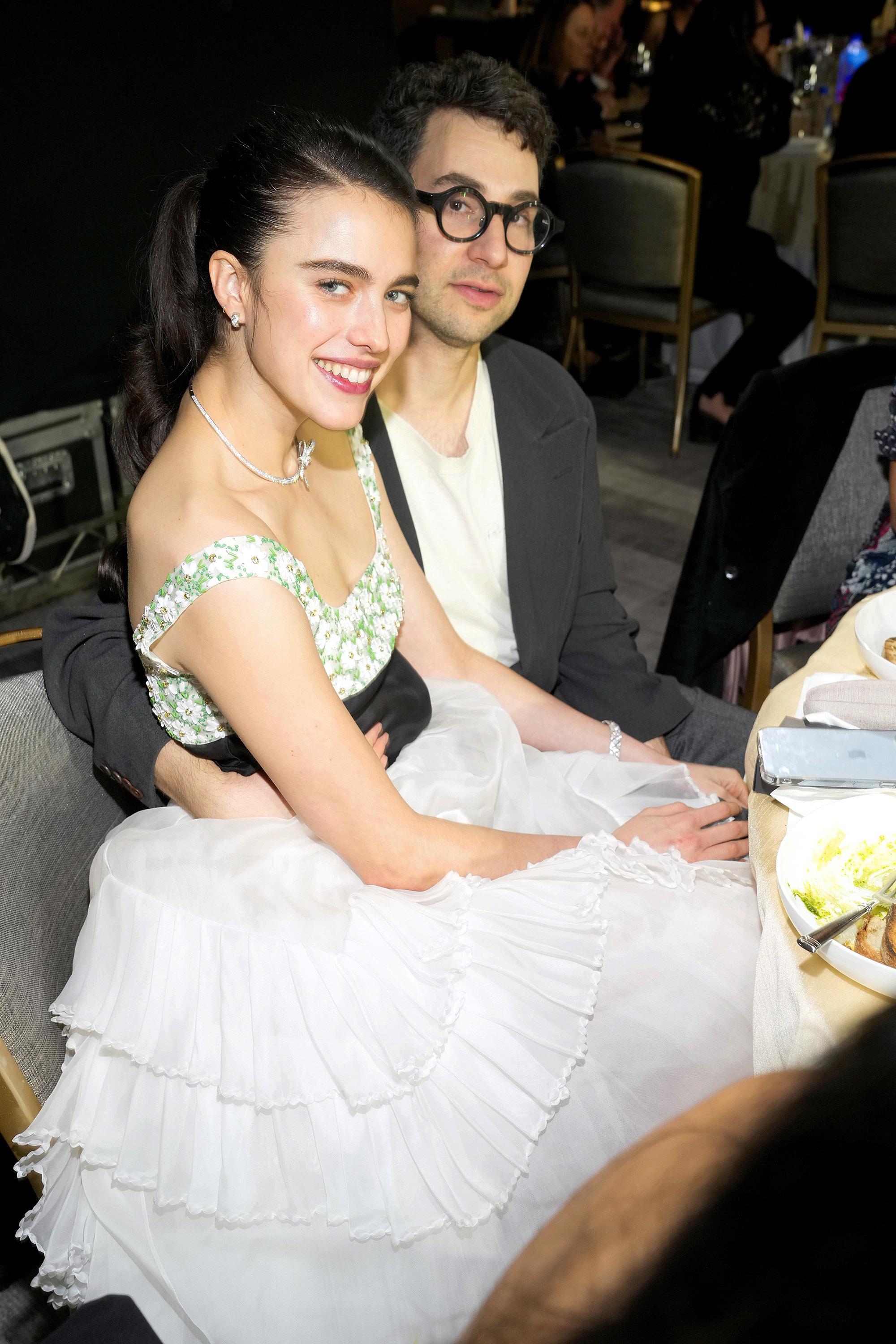 Qualley was clearly feeling at ease with her new man by her side, and even kicked off her heels to go barefoot at the ritzy awards show.

She and Antonoff have been romantically linked since August 2021 when they were spotted making out in New York City. 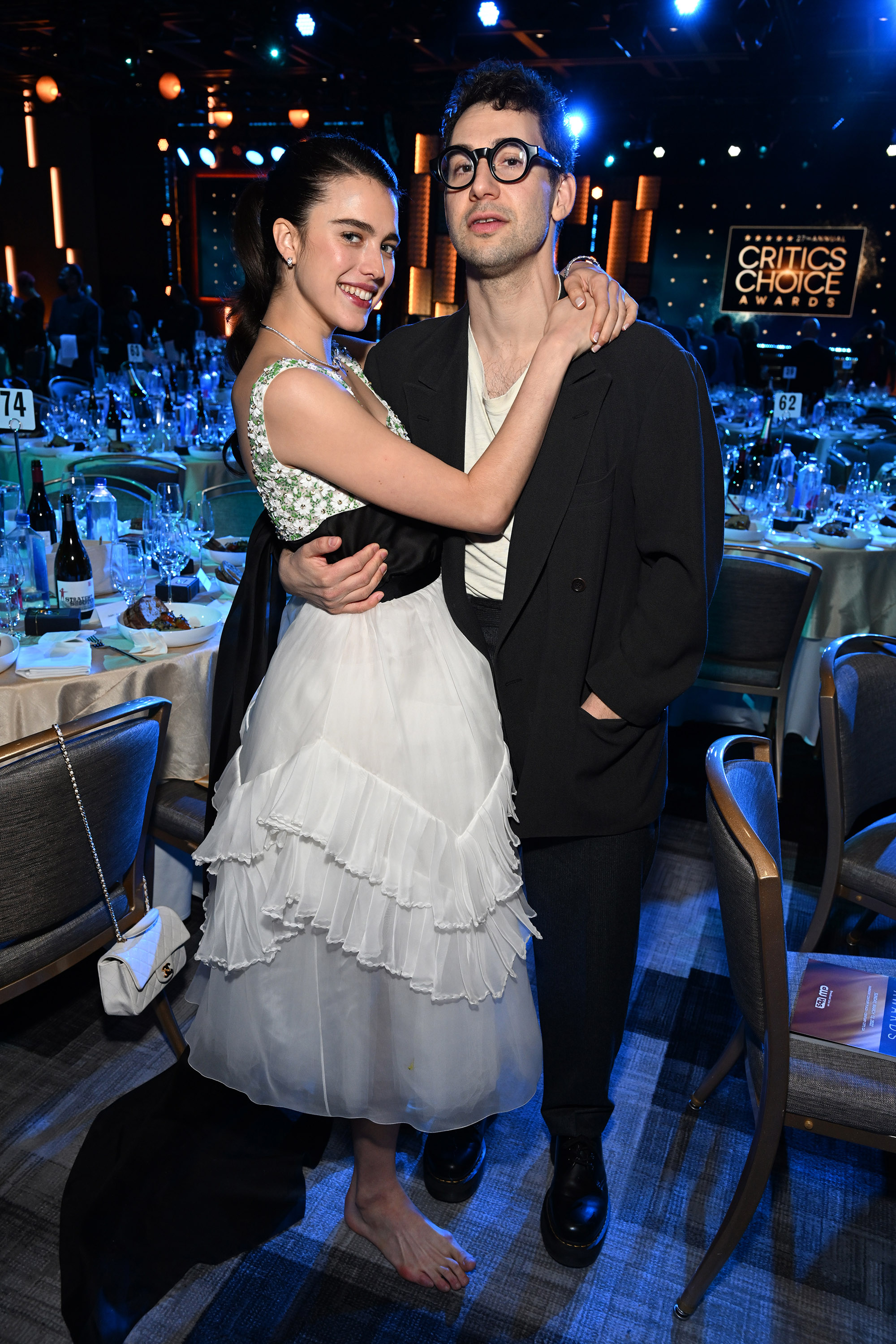 As Page Six exclusively reported at the time, the pair were seen smooching as they hit Milk Bar for some ice cream.

Antonoff previously dated Lena Dunham, 35, for five years but they called things off in 2018. At the time, rumors swirled that he was involved with singer Lorde, 25, though he denied the accusations.

“Normally I would never address rumors but I resent having the most important friendships and working relationships in my life reduced to dumb hetero normative gossip,” Antonoff tweeted. 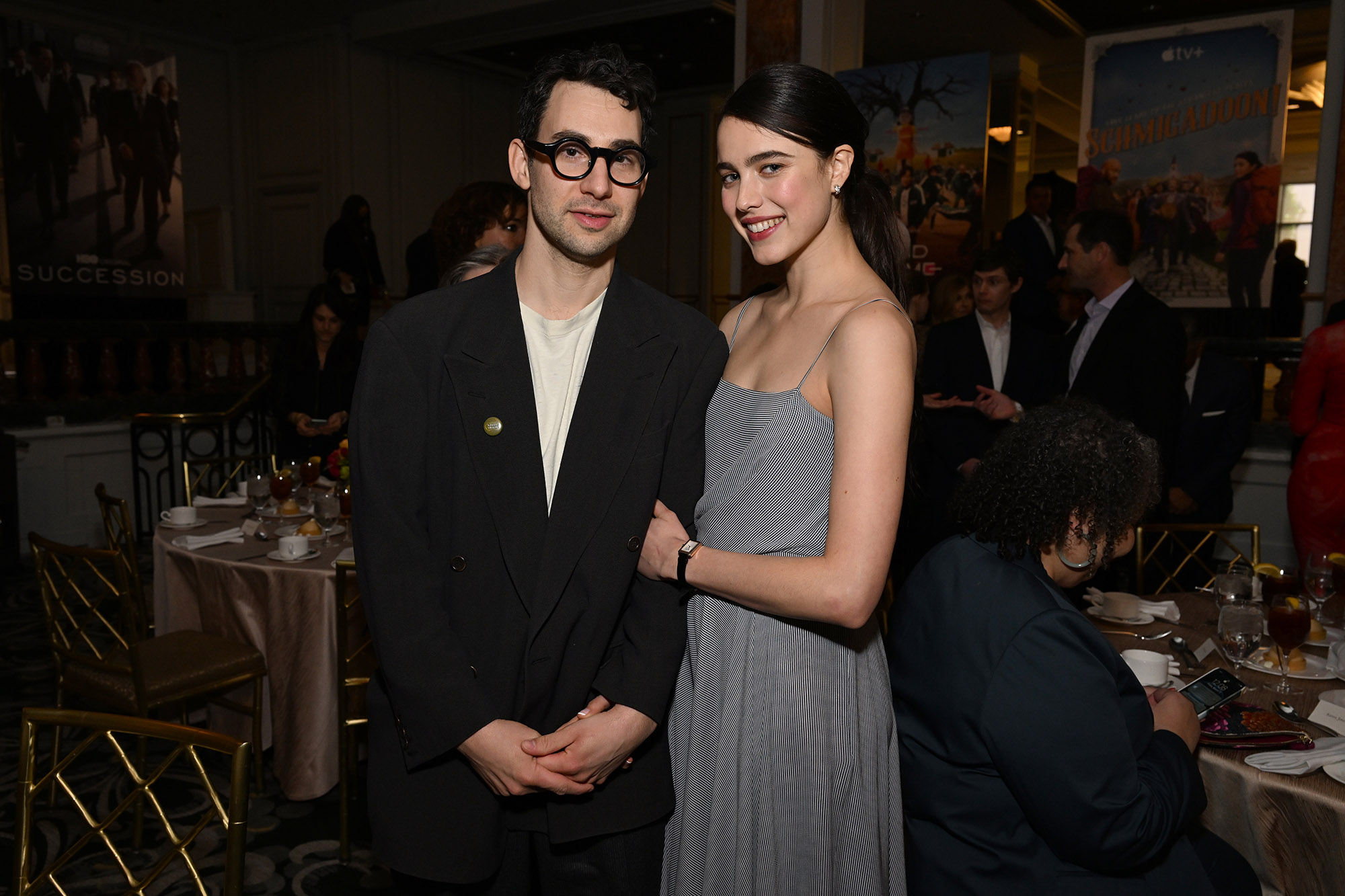 Dunham has since moved on with Peruvian musician Luis Felber, 35.

They reportedly split after FKA Twigs, 34, sued him for sexual battery, assault and infliction of emotional distress. Qualley came out in support for Twigs over Instagram.

“I’m not in any position to tell anyone how my behavior made them feel. I have no excuses for my alcoholism or aggression, only rationalizations,” LaBeouf wrote in an email to the New York Times.

“I have been abusive to myself and everyone around me for years. I have a history of hurting the people closest to me. I’m ashamed of that history and am sorry to those I hurt. There is nothing else I can really say.”