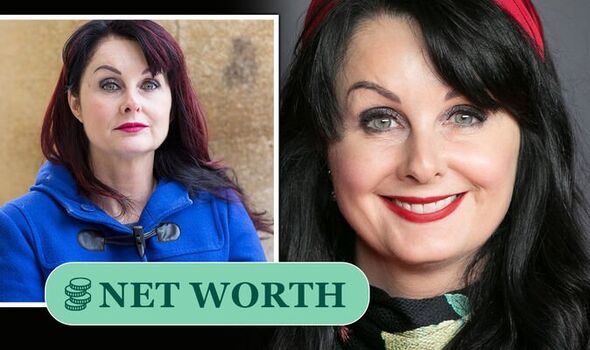 Marian Keyes, aged 58, originates from Limerick, Ireland. She has been writing bestselling fiction for women about women for more than 20 years – so far.

According to Celebrity Net Worth, wordsmith Marian has an incredible net worth of $20million.

This is equivalent to around £14.7million.

With more than 30 million copies of both her novels and non-fiction books sold worldwide, this is no surprise.

One of the most successful Irish novelists of all time, Marian has been the recipient of many awards.

Anybody Out There won the British Book Awards award for popular fiction and the Melissa Nathan Prize for Comedy Romance.

She was shortlisted for the Library Association of Ireland Author of the Year in 2021.

Marian has worldwide significance and acclaim; on The Tommy Tiernan Show, she divulged that her books do particularly well in the UK, Sweden, Spain, Brazil, Australia, New Zealand, Canada and South Africa.

But despite being a renowned novelist, Marian is not just a one-trick pony.

She combined these two to form Under the Duvet: Deluxe Edition, and donated all royalties from Irish sales to the Simon Community, a charity which works with the homeless.

This speaks to her tremendous wealth as well as good nature.

Marian has also written several short stories, and a collection of essays entitled Making It Up As I Go Along.

She was the star of the second series of Between Ourselves aired on BBC Radio 4 in 2021.

Despite her tremendous wealth and success, things haven’t always been plain sailing for Mariam.

On her website, she stated: “By the time I was 30 it had all come to a terrible head and, after a suicide attempt, I was lucky enough to get into rehab. (Mind you I didn’t feel lucky at the time! I thought my life was over.)

“However, I’ve been one of the fortunate ones and I’ve stayed sober and – more importantly – happy about it, ever since.”

While it’s difficult to imagine the talented writer doing anything else, Mariam has a law degree and for “a long, long, long time” worked in an accounts office.

“I thought I’d be there forever, that I’d end up as a grumpy old woman with forty cats and that small boys would throw stones at me. What I certainly had no notion of doing was becoming a writer.”