SHOPPERS have been left in hysterics over Marks and Spencer’s aubergine-shaped Easter egg which looks like a rude emoji. 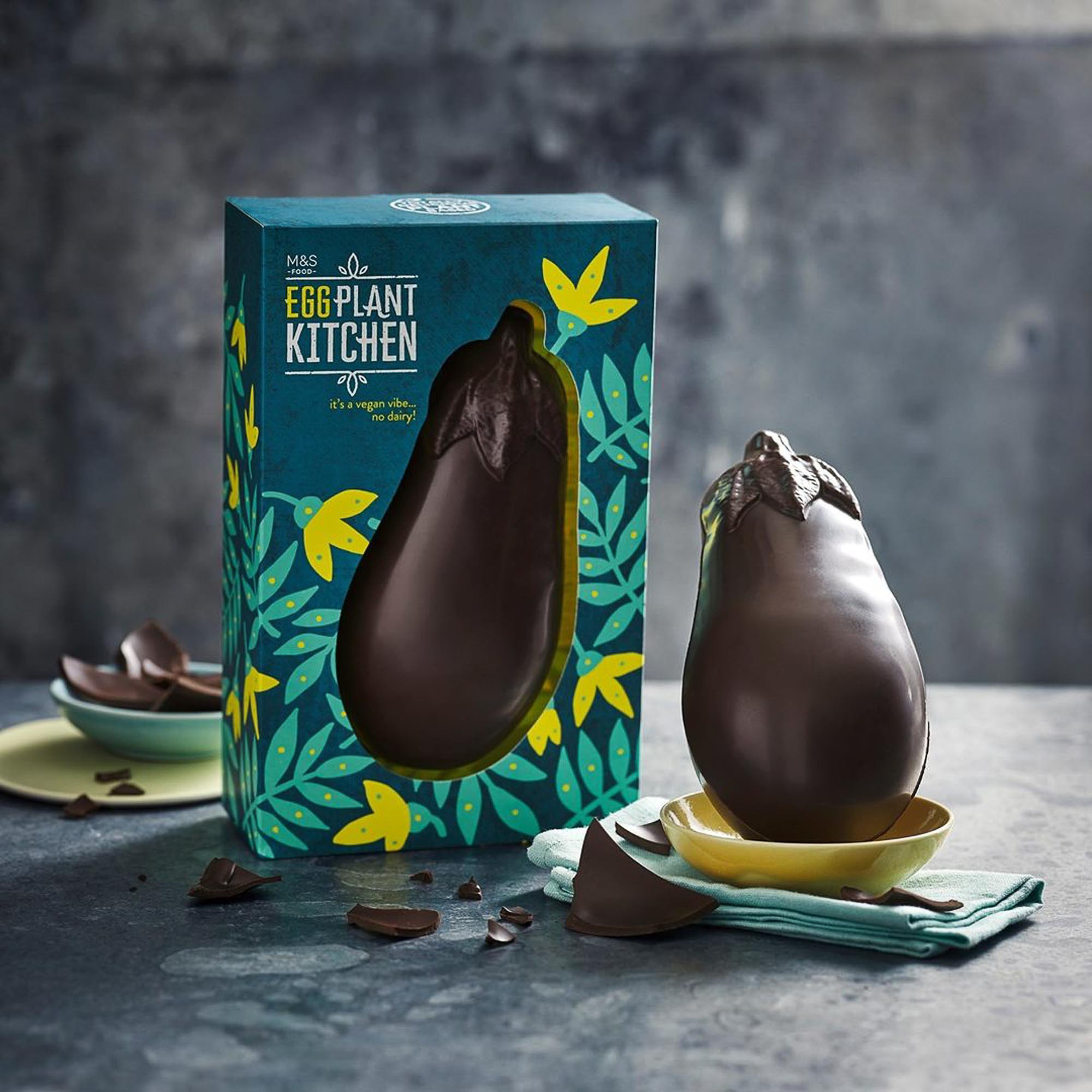 The post was given the thumbs up by thousands, with many commenting on the cheeky chocolate.

Tagging her mates, one fan said: “Jesus isn’t the only thing that rose again at Easter!”

Another gave another name for the easter egg, calling it “C**kolate”.

One shopper wondered whether the supermarket had done an April Fools prank a month early. 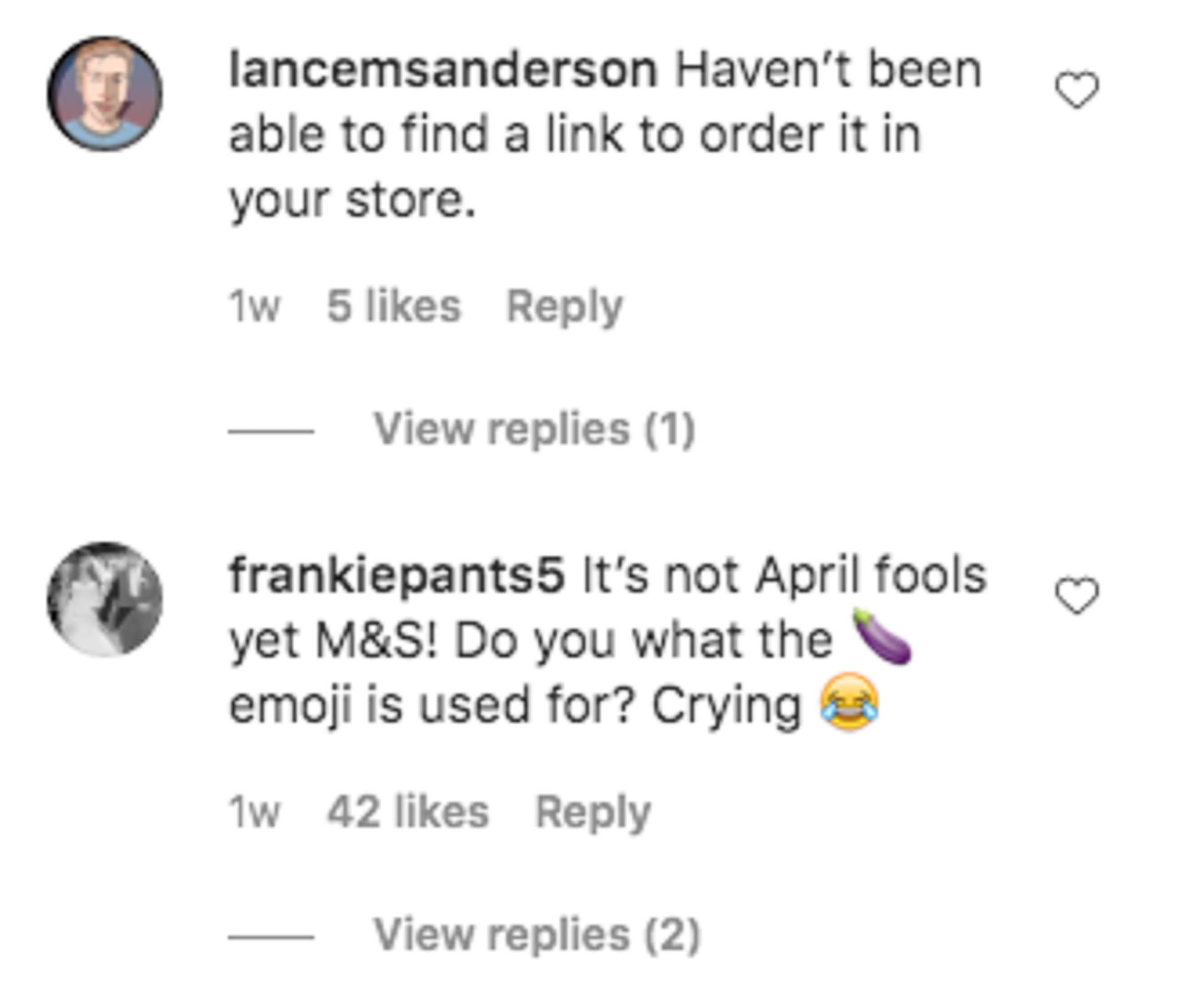 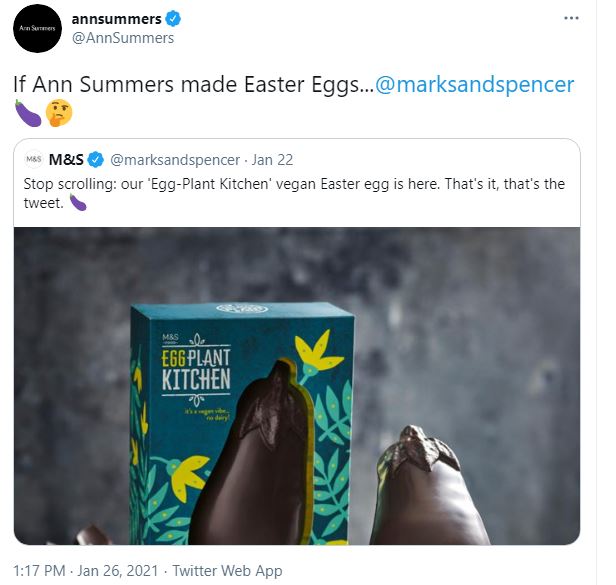 “It’s not April Fools yet M&S!” she said. “Do you know what the emoji is used for? Crying.”

Ann Summers even jumped in on the action on Twitter.

Following comments on social media from people joking the Easter egg looks like it would fit in more at Ann Summers, the shop tweeted a picture of the easter egg with the caption “If Ann Summers made Easter Eggs…”

However, saucy treat wasn’t a hit for everyone.

One outraged shopper took to Twitter to blast the new Easter egg.

“@marksandspencer In this generation do you really think an [aubergine emoji] is an appropriate easter egg?” she said.
“Especially as its the only non -dairy option you have for children! #shoppingelsewhereforeaster #disappointed #thinkitthru!”

Marks and Spencer has also dished out another suggestive name for one of it’s Valentine’s Day treats.

The store launched the interestingly named Lovenut, a hybrid of the yumyum and doughnut decorated with freeze dried raspberries and chocolate hearts, last week.

And Poundland has left shoppers in stitches too with its selection of steamy Valentine’s Day cards.

Looking for the best Valentine's meal deal? You can check out our reviews here.

Here's how to send Valentine's Day cards for free to your other half.

Or if you're planning on popping the question, Poundland confirmed it has brought back its £1 engagement rings.