Get ready for the fireworks! Part 2 of the Married to Medicine season 6 reunion special will be full of them, particularly where Mariah Huq and Quad Webb-Lunceford are concerned, and she’s dishing dirt about the show exclusively to Us Weekly.

Webb-Lunceford, 38, is not only denying accusations made by Huq, 41, that she cheated on ex-husband Gregory Lunceford with Huq’s sister Lakeeda “Lake” Kelly’s husband, she’s doubling down on allegations she made in part 1 of the Bravo special about Huq’s alleged cocaine use.

“I saw her utilize cocaine,” the reality star tells Us. “I know what I saw. I saw her actually using the drug herself … 2013, I saw her start using, and it just spiraled out of control. She’s just picked up the habit, even … has it now.”

Webb-Lunceford went on to say that Huq’s alleged drug use is behind her “violent” mood swings and “erratic” behavior, including the time she threw a glass while on vacation with her castmates in Antigua.

“This wasn’t a one time thing, that she did this. This is progressively getting worse,” Webb-Lunceford said, noting that, despite their fractured friendship, she cares for Huq’s wellbeing. “We’re not friends. We’re not. Let me just state that for the record. However, she was once a very special person to me. And because of that, I don’t want to see her continue to go down this road, because she’s a mother, she has children. She’s a wife. I’m very concerned for her. I’m very concerned for her.” 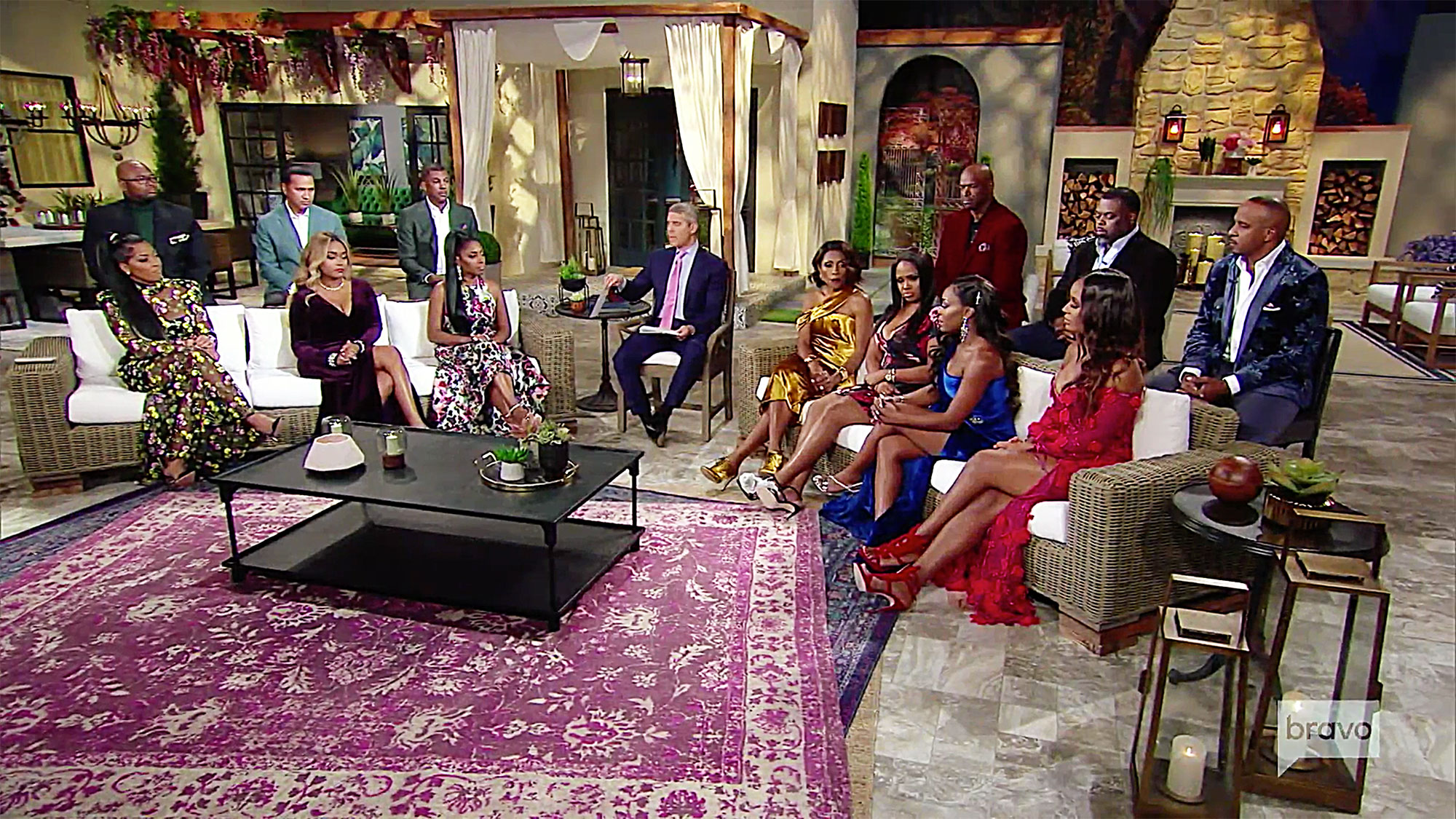 What’s more, Lunceford-Webb says her Married to Medicine costars are aware of Huq’s alleged issues. “It’s been a whisper,” she tells Us. “They know. They definitely know. I’ve even heard certain people in production say the same exact thing. Like, oh my god, she came to set today, and she had coke on her nose. I had to tell her to kind of clean up her nose, tell her to blow her nose. Yeah, it’s known. This is a known thing.”

Huq denied any drug use on part 1 of the reunion special after the two women became engaged in a heated exchange of claims of Webb-Lunceford’s infidelity. “You are a liar! You are a liar, girl!” Webb-Lunceford said. “With your cocaine-snorting ass.”

“Did you just accuse me?” Huq replied, adding, “I’ve never done drugs a day in my life.”

Webb-Lunceford for her part, denies ever sleeping with Huq’s brother-in-law. “You know d–n well I never slept with your sister’s husband. I would never do that,” she told Us of Huq.

Part 2 of the reunion special will also see Webb-Lunceford and Dr. Greg, 50, who hadn’t seen each other since June, air out their dirty laundry.

The reality star filed for divorce from the physician in September after six years of marriage. She tells Us that their meeting, while messy, was ultimately a positive one. “It was very therapeutic for the both of us,” she says. “We’ve had some very positive correspondence since then … I think even talking about it has allowed me to start healing.”

Huq’s denied commenting on this story.

Part 2 of the Married to Medicine reunion will air on Bravo on Sunday, January 13 at 8 p.m. ET.