MCDONALD'S fans have slammed the fast food chain's new Katsu McNuggets after their orders came with no curry sauce.

The katsu curry chicken nuggets rolled out in Maccies branches yesterday, where they'll be available for just six weeks. 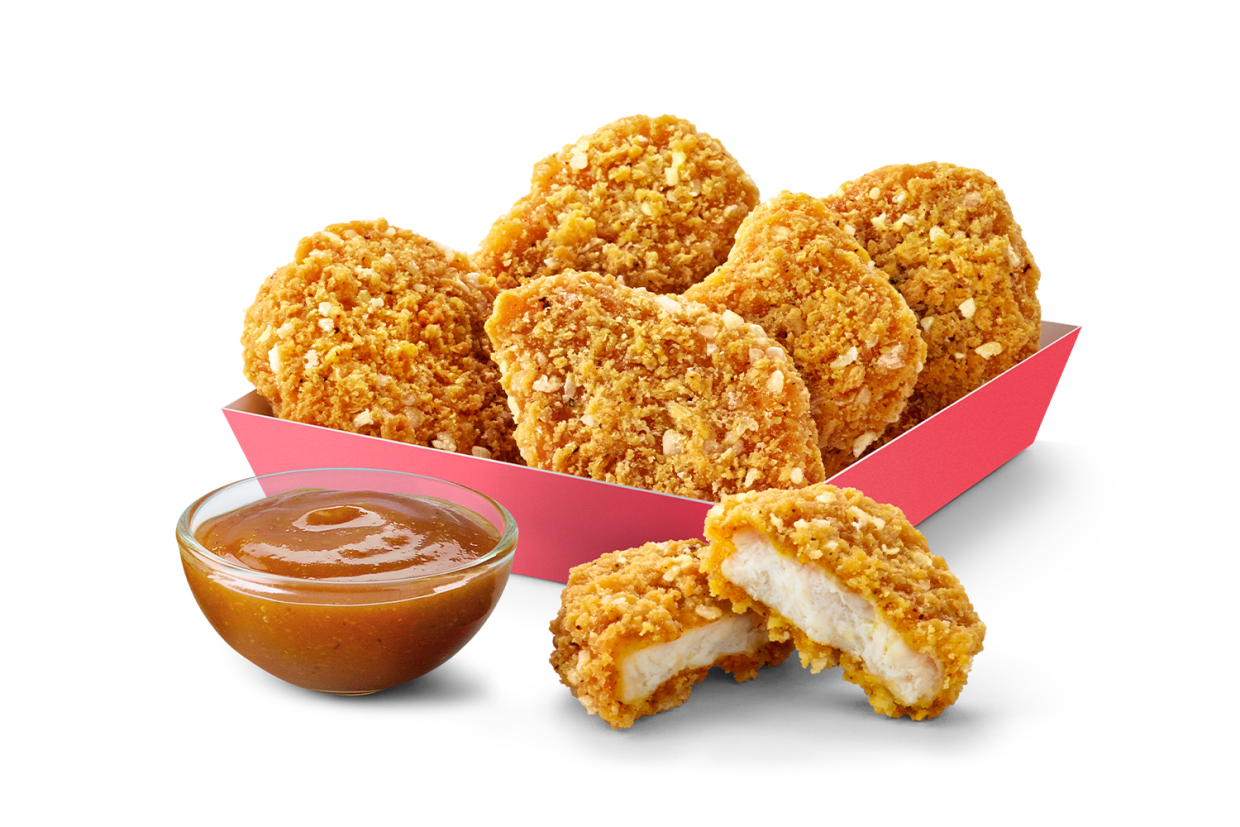 The nuggets are made from 100% chicken breast and coated in crispy Katsu curry panko breadcrumbs.

The treats are supposed to come with a sweet curry sauce, but some customers have ben left disappointed after they didn't receive it.

One Twitter user vented yesterday:"@McDonaldsUK after a long long day of working from home, I got dressed, de-iced my car and risked my life tonight on icy roads to try your new Katsu chicken nuggets and THEY FORGOT TO PUT THE SAUCE IN."

While another added: "@McDonaldsUK just ordered my katsu Nuggets for the first time with no curry sauce but instead got ketchup and BBQ."

And a third said: "Ordered katsu nuggets and they didn’t send any sauce and I’m upset."

Others have been disappointed that the treats don't come with a specific katsu curry sauce, rather than a sweet curry dip.

One user said: "Little disappointed that @McDonaldsUK have the new #katsuatmcdonalds Katsu McNuggets and they don’t even come with a Katsu Curry dip!!!

"Seems pretty pointless having them as they’re just nuggets in pan lo breadcrumbs.

"I asked the staff, they said only ketchup or normal dips!"

While another added: "@McDonaldsUK Dear Ronald..not one to be petty…but just bought some Katsu Curry Nuggets, I asked for the katsu sauce only to be asked bbq or tomato there is no curry dip for them she looked puzzled.

"Surely without a curry dip they are just McNuggets?"

However, not everyone was negative though and one user said: "Katsu nuggets are my new fav."

And another added: "The new katsu nuggets are amazing if anyone wanted to know."

Like normal chicken McNuggets, the latest katsu curry addition to the menu are available to buy in boxes of either six, nine or 20.

The Katsu curry flavour chicken bites are slightly more expensive than normal McNuggets, according to Fastfoodmenuprices.com.

Maccies prices vary depending on the branch though so you might want to check with your local before handing over your cash.

The new nuggets come almost 18 months after the fast food giant launched limited edition spicy McNuggets to the menu – although not everyone was impressed with them either.

Yesterday, McDonald's also brought back The Big Tasty for a limited time.

Diners will be able to tuck into the katsu chicken nuggets or The Big Tasty either in-branch, drive-thru or they can order them for delivery through Just Eat or Uber Eats, depending on where you live.

In some areas of the UK, branches are closed to sit-ins due to being placed under strict coronavirus lockdown measures.

For example, restaurants in Tiers 3 and 4 are only allowed to stay open for takeaways while members of the same household can sit inside branches in Tier 2.

Confused? Don't worry because we've put together a round up of all the rules for different McDonald's branches across the UK, including the Tiers system in England, Scotland, Wales and Northern Ireland

The new additions follow the end of McDonald's Christmas menu as branches stopped selling the festive specials on Tuesday.